A key aspect of the ingenious iPhone platform is its software distribution channel, the App Store.

For iPhone developers to sell their app through Apple, it has to pass a cascade of quality control steps conducted by Apple for every single App Store submission.

Ever since the App Store was born, Apple has been blamed for this gatekeeper setup.

The discussion heated up lately with prominent developer Joe Hewitt, author of the very popular Facebook app, publicly announcing to stop programing for the iPhone platform. The story even ended up on TechCrunch front page.

Others had complained before and some even state that

“The way Apple runs the App Store has harmed their reputation with programmers more than anything else they’ve ever done.”

Besides writing for The Next Web I am CTO at GrandCentrix. We run a cloud platform for massively scaling smartphone services; at this moment quite naturally, the iPhone is the predominant client.

Earlier this week we unveiled a small piece of our location based affiliate platform, iMiles. Part of it is an iPhone application and our plan was to announce it during Germany’s iPhone Developer Conference.

Our entire conference planning was based on the availability of iMiles in the App Store. Well, what can go wrong will go wrong and the evening before the show Apple rejected iMiles for using a private API.

And they were right.

Though we carefully peer review our code, a single line slipped through and in deed, it’s been a call to a private method, something which is clearly not ok. The fix took us 10 seconds and we resubmitted the new version to Apple.

The problem is, that on resubmitting an update, you literally reset the review process back to zero. So, while 98% of iMiles’ journey into the App Store was done on our first submission, we were now thrown all the way back to the start.

Clearly, iMiles would be available earliest 20 days after the show.

What should we do? According to public opinion the App Store folks at Apple do not care about individual go-to-market planning and never respond anyway.

We were quite desperate and finally decided to chance it: Let’s contact Apple’s Senior Vice President of Worldwide Product Marketing, Phil Schiller. Schiller reports directly into Steve Jobs and is largely seen as a potential candidate to become Apple’s next CEO. If he couldn’t help, nobody could.

Contacting the second guy in a company like Apple is not that easy, though. For obvious reasons I don’t disclose the details but through my LinkedIn network I eventually worked out a way and told Phil what happened.

Some 15 minutes later we received a direct response:

“[…] while we don’t ordinarily approve applications out of cycle, I went ahead and reviewed your app and approved it. Good luck in the store and with the conference.”

Half an hour later, iMiles hit the App Store.

Not only has this been the fastest review we’ve seen ever, but Apple also sent us best wishes for the conference. Nice!

Why we think the review process is not evil

The events surrounding the iMiles release made us think about all the negative stuff we’ve read about the review process lately.

A repeating accusation deals with the alleged in-transparency. However, we honestly don’t see much in-transparency. Apple recently introduced a more detailed status history (see screenshot above) which at any time lets you know the stage you’re in, all nicely timestamped.

The rules iPhone devs got to obey are documented exhaustively and most of them clearly ensure a pleasant end user experience.

While there have been some prominent rejections that seem to be somewhat inconsistent, in light of 10,000 new submissions per week, it is fair to say it’s an absolute minority.

Gatekeepers are evil because, hmm, they are Gatekeepers

For whatever reason this seems to be the single most cited complaint with regards to Apple’s policies.

I’ve got to admin that I don’t understand the rational behind it. Let’s face it: The App Store is nothing else than a digital software retail store. And retailers deserve the right to decide what they put in their shelves and what not. I’d not expect Staples to let anybody sell whatever they want.

If you’re unhappy with Apple’s policies distribute your service via the Web or to a different platform.

If, however, you want to benefit from their fantastic marketing, Apple’s ability to craft the first mobile shopping experience that ever worked for the mainstream, you’ve got to allow them to play a vital role in quality control.

After all, this is business, not religion.

And: The overall poor quality of the Android Market and the extremely low value of many Android apps I’ve tried clearly proof what happens if the store owners simply don’t care.

Quite frequently the fact that Apple is pretty strict when it comes to enforcing its policies is misinterpreted as ignorance or arrogance.

No doubt: The way Apple communicates is somewhat “special”. But again: Every single aspect of how they handle their business is an important piece of the complete picture – and Apple’s outstanding success. While the rest of the industry struggles, they are proven right time and again.

In a recent interview Phil Schiller explained some of the difficulties Apple went through with respect to the review process and also outlined where he thinks the company has to learn and improve.

And hey, my company is a small startup trying to revolutionize how location based services monetize, and not a Fortune 500 enterprise. But here’s Apple’s possible next CEO approving our service to help us doing a great show.

Not all that ignorant, or?

To make a long story short: Blaming Apple for its review process has become pretty popular lately. Rejections are a rare exception and in no other market we would ask retailers to relinquish their right to decide what to sell. Google is praised for its pretended openness but astonishingly rarely criticized for it’s exhaustive hunger for personal data.

Apple’s execs respond. I’m not sure whether the same is true for Google’s Larry Page. (Know what? I’ll try next and let you know!)

Overall, one year and a half with the App Store have been a very well balanced experience for us in terms of “value for our money”.

I’d love to see more success stories as opposed to just reading about the next individual developer fleeing the platform while 800 new ones join each day. 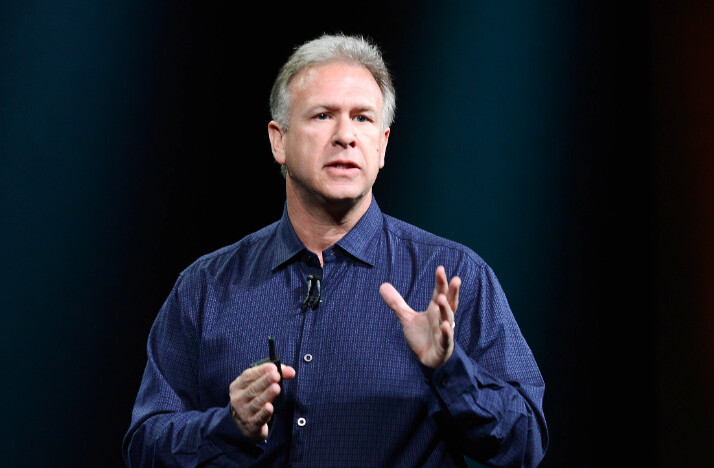