Intuit-owned Mint.com has launched a new version of its personal finance app to work across Windows 8 and Windows Phone devices. And while the overall experience is similar to what one might expect on its iOS and Android counterparts, the native app for Windows comes with a Live Tile capability that can be integrated onto the device’s Start screen. 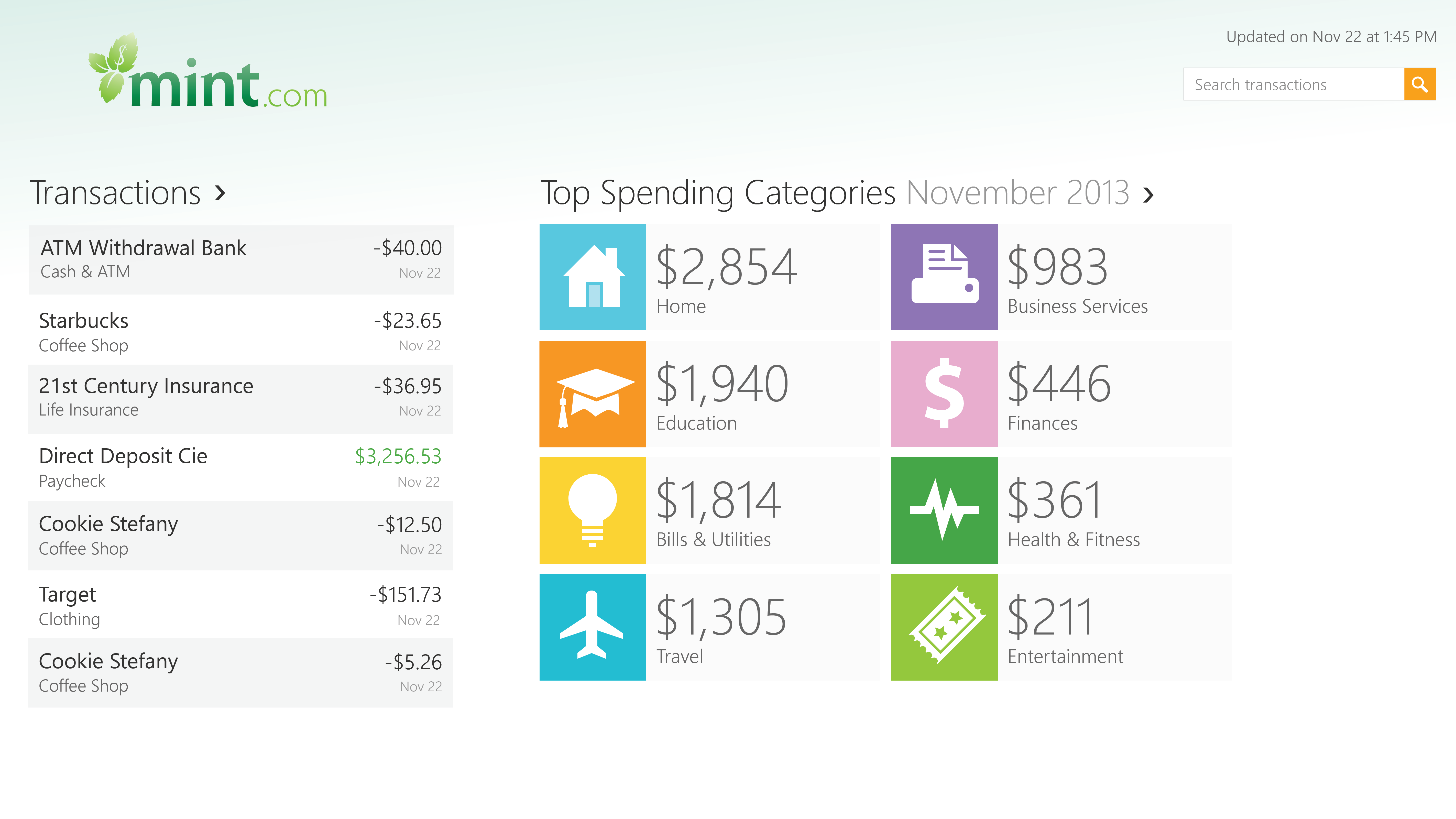 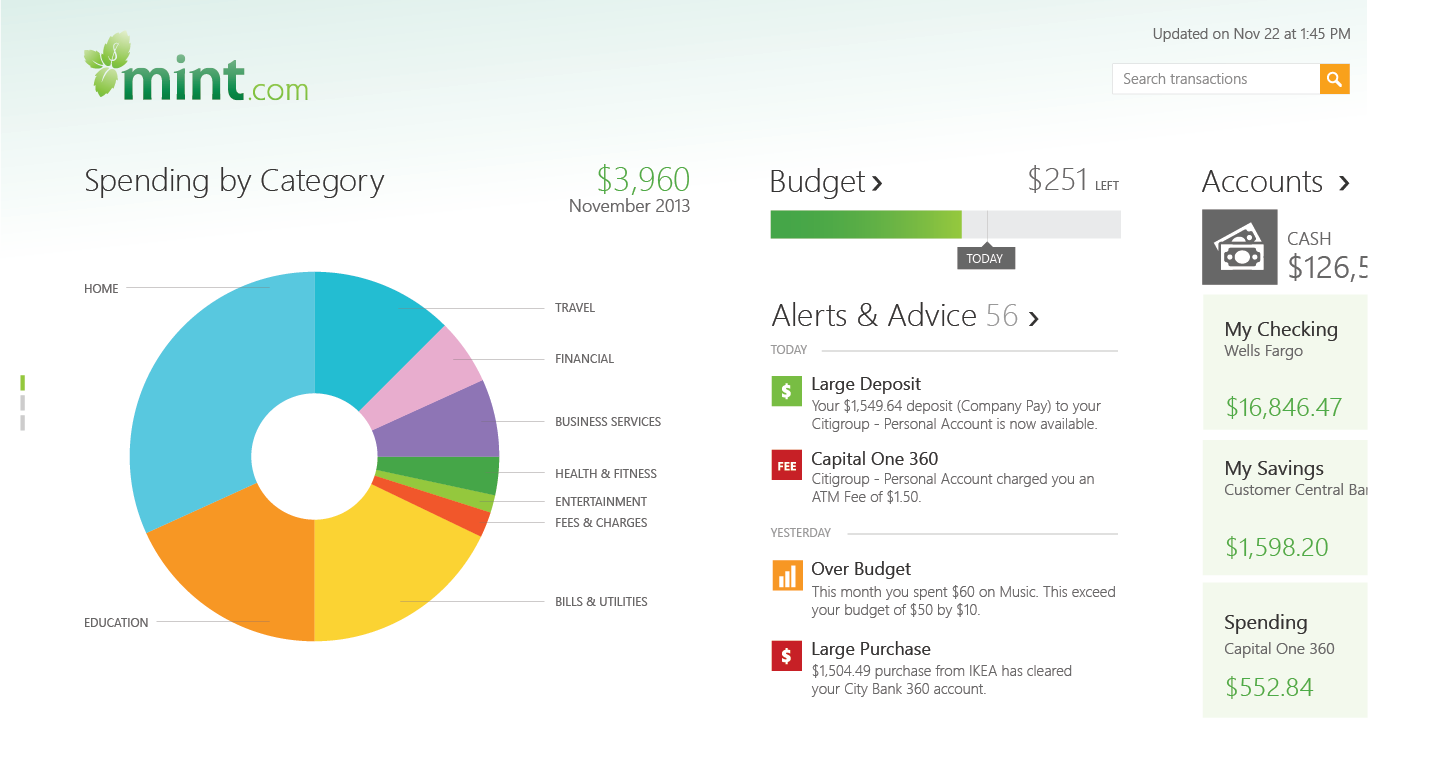 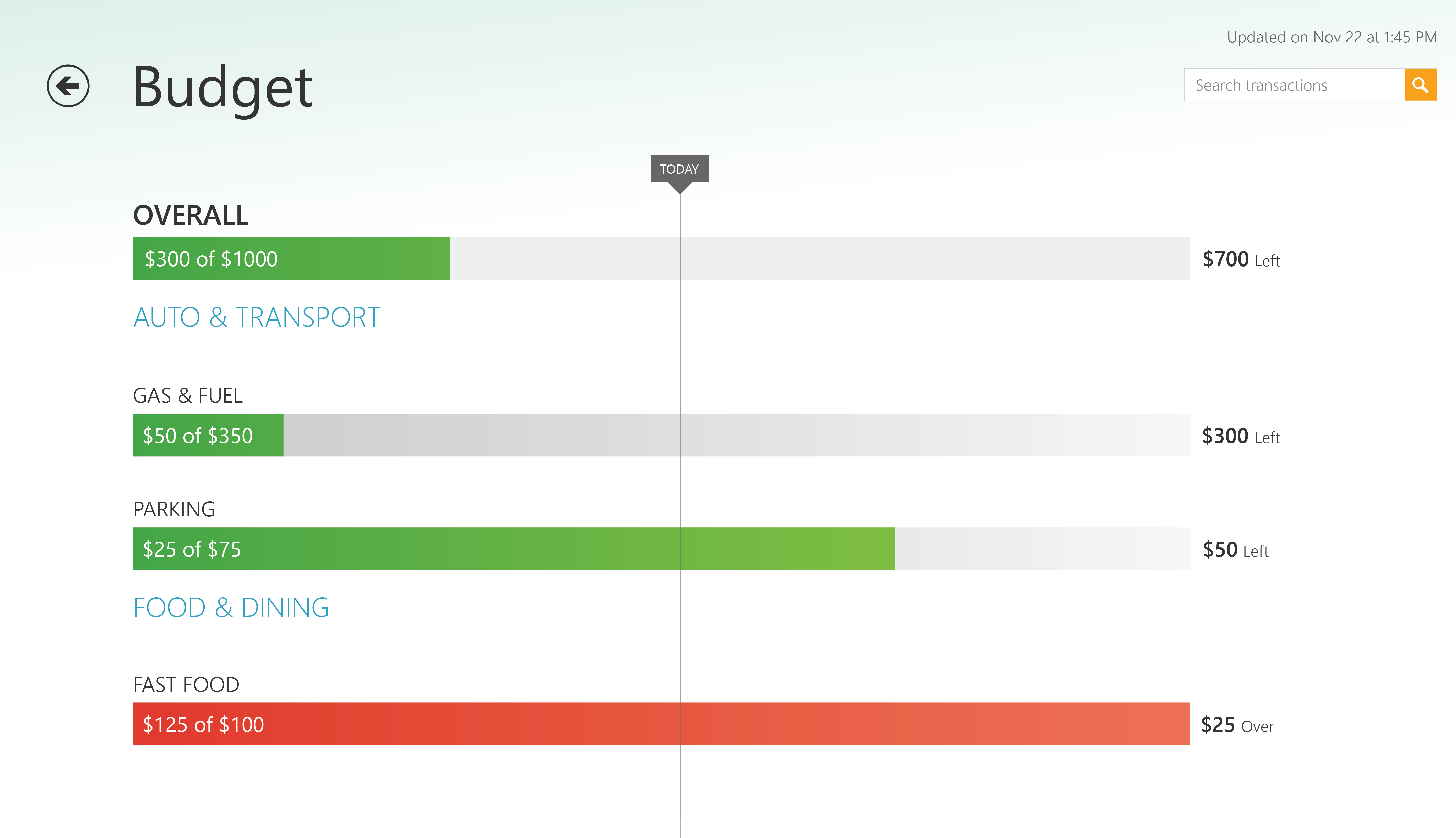 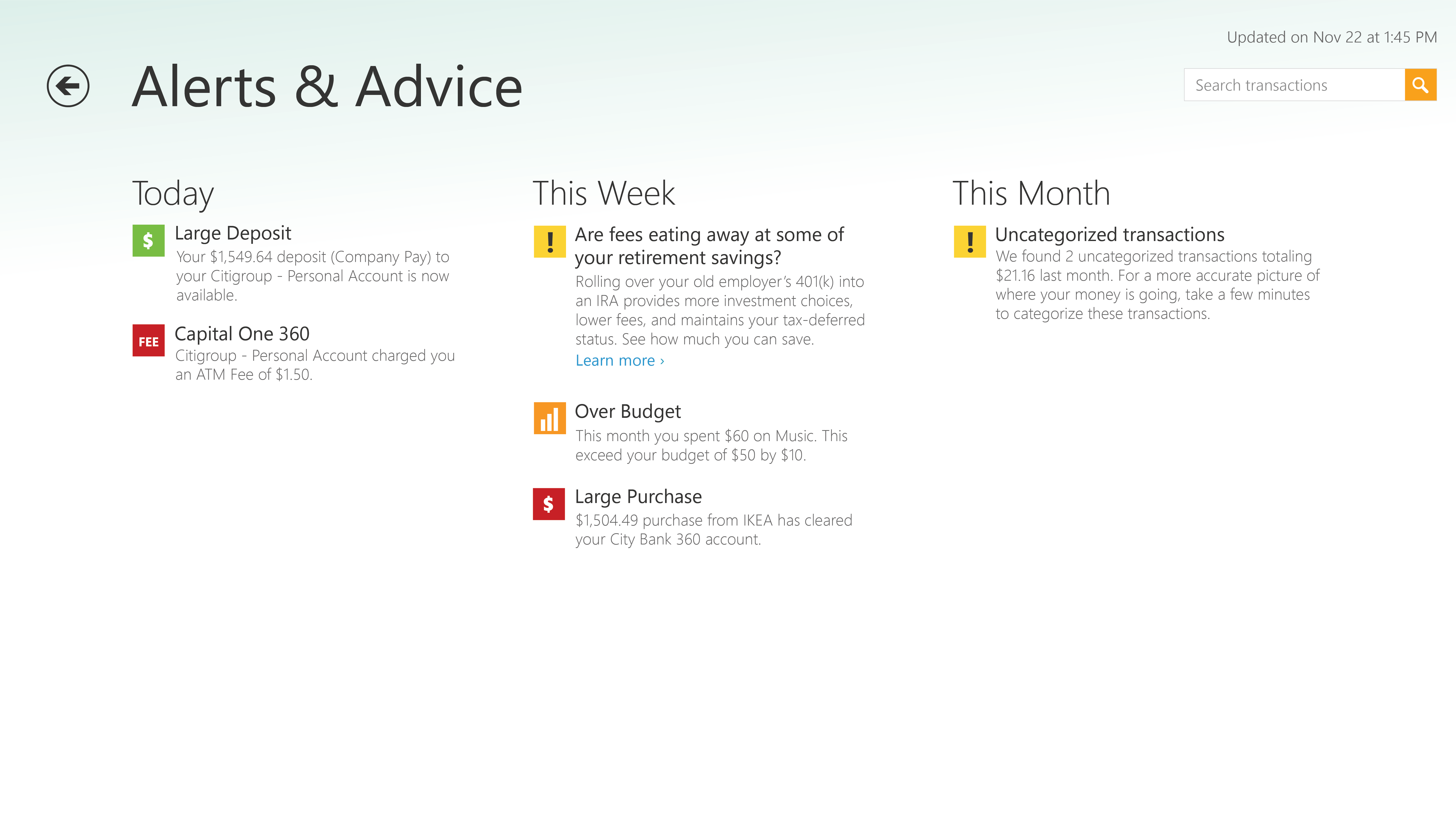 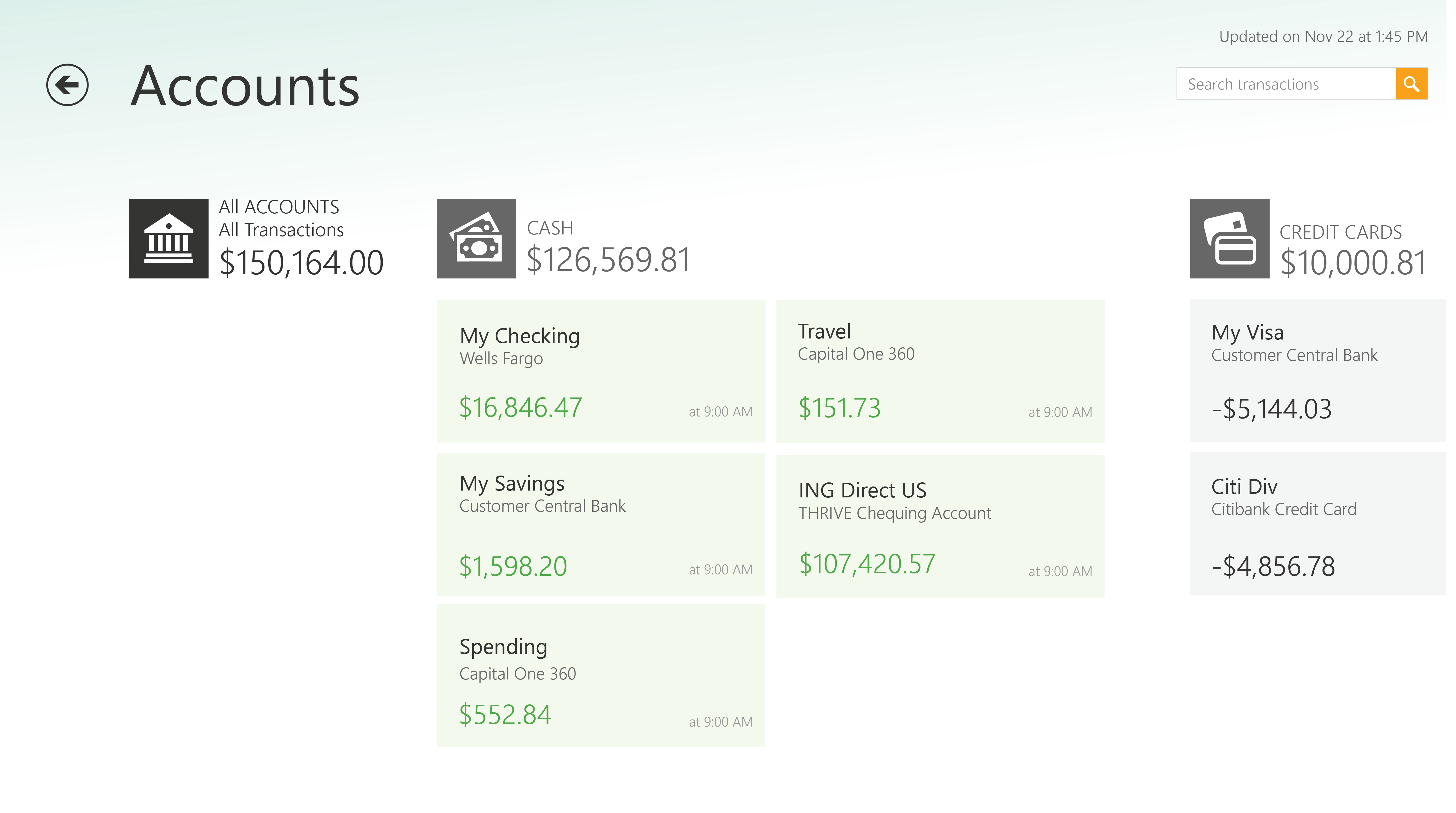 Vince Maniago, Group Product Manager for Mint, says that the goal of the app was to be at feature parity at launch and that thousands of beta testers have given the apps a thorough road test. To date, Maniago says there are 13 million registered users, of which two-thirds are coming from mobile channels. More than $40 billion has been saved so far.