If you click on the broadcast (or video, if it has ended), it opens up into a full-screen view. You can see hearts and comments from other Periscope users, but won’t be able to interact unless you navigate to the Periscope app proper.

Those are essentially the same features (or lack thereof) you’ll find when viewing a Periscope broadcast on the Web. 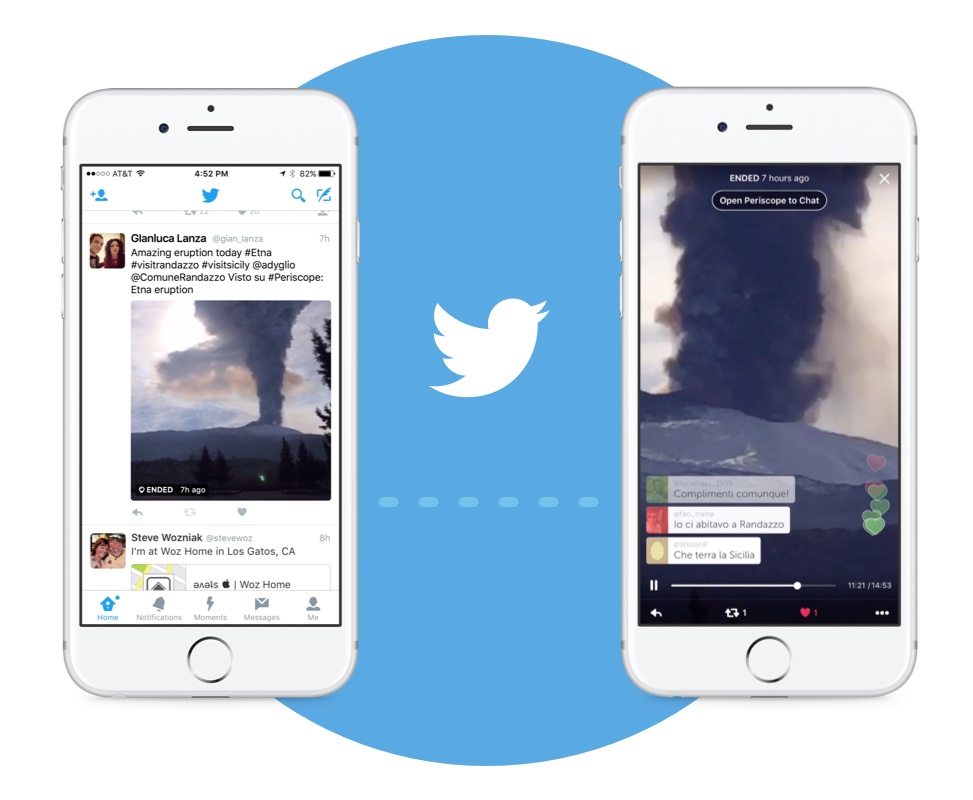 As Periscope broadens its appeal, this move was likely to take place. Twitter CEO Jack Dorsey has long said the platform was best as a real-time feed for what’s happening in the world, and Periscope points a lens at real life better than anything else.

The feature is rolling out to The Twitter iOS app first, and will take a few days to be widely available. As for Android and the Web, Twitter only says Periscope integration will be available “as soon as” it’s ready.