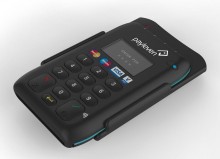 Rocket Internet-backed mobile payment processor Payleven has today announced the launch of a new NFC-equipped Chip & PIN card reader which will be available for customers in the second half of this year.

Like its previous Chip & PIN card reader, the unit will allow small businesses to accept payments on the go – but unlike the previous iteration, it includes NFC support so that vendors can also accept contactless payments from debit cards or mobile devices.

Payleven says hardware that allows vendors to accept contactless payments generally costs between €400 – €700, but that its new NFC-equipped reader will cost around €100/£100 – which is only €20 or so more than the existing Chip & PIN device.