Photo-editing service Aviary announced today that it has passed 50 million monthly active users, a 100 percent growth in the past six months. With all of its success, the company also revealed that it will be launching an office in Japan, the first international expansion for Aviary — and it’s happening in June.

Such a milestone wasn’t done by Aviary alone. In fact, the company attributes its usage from its partner apps, such as Flickr, Pic Stitch, Tango, and others. Company CEO Tobias Pegg shared that there are currently 4,662 apps integrated with Aviary right now, an increase from 3,500 in March.

In total, Aviary says that its users have edited more than 4 billion photos through its product.

To put these statistics into context, in September 2012 (about 8 months ago), the company reported editing more than 1 billion photos. Then, in March, Aviary said it currently had 35 million monthly active users. 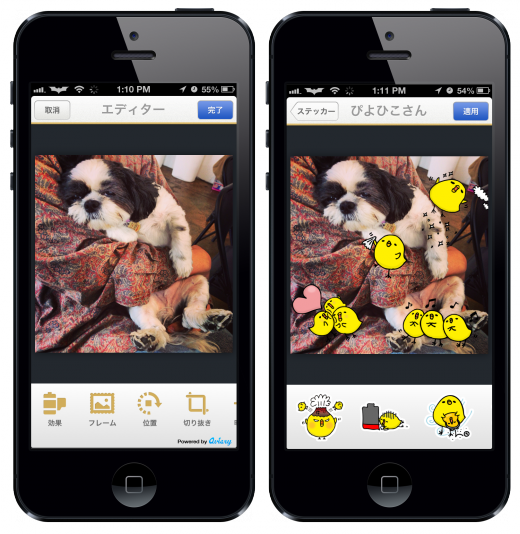 Asia has apparently been demanding Aviary’s presence for quite some time now and Pegg says its partners in the region are leveraging Aviary’s localized SDK for photos and stickers (!) while also creating “custom content” for users.

Opening an office in Japan is not surprising for Aviary — it’s already has partnerships with companies there, like the country’s largest social network, Mixi.

The company has certainly been busy over the past year, including the launch of its Windows Phone SDK and the release of its iOS and Android apps. Aviary has also been active in organizing the popular Photo Hack Day, which TNW has attended and helped judge. Pegg says that its fifth installment will be held in Japan in the fall.