The Apple Watch is (probably) the best selling smartwatch around, but it suffers the same problem other wearables do: there aren’t many compelling reasons to use it.

A new app named parkOmator may be the best expression of what an Apple Watch app should be, though. It’s effective, easy to use and doesn’t bother you to interact with it all the time. 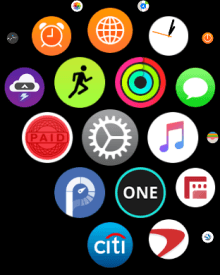 All the app does is tag your location, then offer to remind you to return to it at another time. It’s meant for public parking (because who wants a ticket from a meter reader?), but can be used for anything time and location sensitive.

You could just as easily tag your location as you split from a group of friends, and have it remind you to return to that spot later on. parkOmator even knows how long it will take you to return to your tagged location, and reminds you to get back in plenty of time.

I don’t want to dig my iPhone out for what parkOmator offers me. If I’m parked in metered parking, chances are I’m at a restaurant or doing something else that’s fun. I’m probably doing something that is interactive, and I don’t want to check the time or try to remember where I parked (especially if I’m half sauced and playing TRON at Ground Kontrol).

There are other apps with similar functionality (Apple’s own Reminders app comes to mind), but not are as simple to use as parkOmator. It’s also the first app that has me reaching for my wrist instead of my iPhone, and that’s saying something.