In a comScore study posted today, we are reminded of what we already knew; Facebook is an absolute beast when it comes to cornering people’s time online.

For example, this stat seemed so insane, I thought it was fake at first:

In October, Facebook reached more than half (55 percent) of the world’s global audience and accounted for 1 in every 7 minutes spent online around the world and 3 in every 4 social networking minutes.

Facebook’s users aren’t just loyal, they’re obsessed. These types of numbers show that the features that social network is building have one goal; to keep you on Facebook, and not let you leave. If you take a look at the most recent changes on the site, such as the Ticker and Timeline, they’re built to keep you digging into someone’s profile and content.

In October, Twitter reached 1 in 10 Internet users worldwide, growing 59 percent in the past year.

Facebook’s game is engagement, while Twitter is surging to touch as many people as possible. It’s safe to say that Twitter will never get anywhere close to the engagement numbers that Facebook has, and it doesn’t want them. With its latest redesign, the site is becoming easier to use, as Facebook is becoming more complicated. Twitter is betting that simplicity will win out, and eyeballs for any amount of time is key. The company actually has a shot to get more eyeballs in 2012 than Facebook if it stays focused and keeps being integrated into every mainstream property possible. 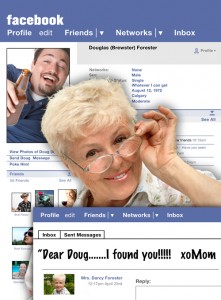 Have you noticed that it’s not just your friends and college buddies on Facebook anymore? Mom’s using it, grandma’s using it, cousins, uncles, everyone. This will be an interesting trend to watch, because I think that this particular age group will be the one that gets Facebook to 1 billion users.

Will the obsession turn into dollars? 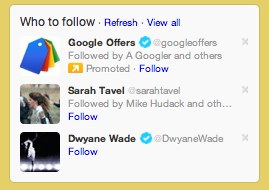 2011 was the year of data collection. Facebook and Twitter have made its services easier to use so you can share more. The sites know a lot about you based on the things you’ve told them, so 2012 will be the year of capitalizing on it.

Facebook will be placing ads in the News Feed next year, and is hoping to collect your clicks and crank up those ad dollars before it goes public. Twitter is planning similar advertising approaches, hoping to capitalize on your obsessive use of the service, with an ad that fits your likes.

We know that ads are coming, but “will they work?” is the true question. Seeing as Google AdWords have done quite well for the company, they probably will.

Why? Because Google was the first online service that people got obsessed with. “Facebooking” is the next “Googling”, and the money will follow. We’re obsessed with TV, too. Advertising on television isn’t what it used to be though, mainly because of the Internet. What are we doing instead of watching TV? We’re on Facebook.