Ever since the 2007/08 economic crisis left countless companies, countries and consumers financially crippled, it’s fair to say that banks and big financial institutions haven’t been the flavor of the month in the public’s eye.

With that in mind, a new initiative courtesy of Berlin-based developers TESOBE wants to bring some financial transparency to organizations’ activities, courtesy of open source Web 2.0 tools. 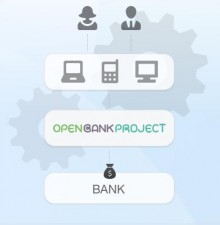 Open Bank Project (OBP) is being spearheaded by TESOBE founder and CEO Simon Redfern, and whilst it is still very much in its infancy, Redfern is aiming high with the project.

Via an API made available to banks, bank account-holders will be able share their transaction data with others, be it an individual, shareholders, investors or anyone who might want access.

A typical use-case could be, say, a large global charity that wants to show the comings and goings from its bank account, though OBP says it will preserve privacy and commercial confidentiality, by hiding names and such like. So, board members, for example, can see all transactions once they’ve securely connected to the service.

Whether this takes off or not remains to be seen, but the underlying ethos is sound. Redfern says that given banks are seemingly reluctant to let customers’ data leave their walled garden (though there are, of course, good reasons why not), OBP wants to support a more “open ecosystem”.

So, Redfern reckons banks are not very “Web 2.0”, and this is something he’s looking to change.

Last month, it was announced that Redfern’s Open Bank Project was one of seven financial technology companies selected to participate in the inaugural FinTech Innovation Lab London, which was launched by Accenture, banks and venture capital companies last year.

The Lab is geared towards nurturing early-stage companies or projects that operate within the financial services realm, with a 12-week mentoring programme currently underway, backed by key executives from financial services, venture capital and angel investment firms. At the end of the programme, the entrepreneurs will be given the opportunity to present their concepts to potential investors.

We met up with Redfern for a brief chat this week at Finovate Europe – a 2-day London conference showcasing the future of financial and banking technology. Redfern says the mentorship programme has been “pretty full-on” so far, and he’s taken time away from his normal day-to-day activities with TESOBE to focus on Open Bank Project.

While he wouldn’t say which financial institutions were currently showing an interest in the idea, a quick peek at FinTech’s sponsors reveals a slew of possible big-name candidates: RBS, HSBC, Barclays, Deutsche Bank, Goldman Sachs and more.

Given we’re talking about opening access to financial data, there will be obstacles. But in its short time so far, we’re already seeing some interesting examples come to light around how such an API could be used by creative third-party developers.

The aim of this prototype, which used WebGL and a 3D globe, was to explore the data of banks, accounts and transactions provided by the OBP API.

Then there’s The Singing Bank, which plays a not-too-discordant song based on transactions in your account. Money going out plays a low note, money going in plays a high note.

There’s also a demo based on TESOBE’s own business account, which shows how company logos can be incorporated beside transactions.

These aren’t necessarily designed as tools that would be used by anyone, merely they help illustrate how an open API could potentially be used.

While it seemingly will be aimed largely at organizations, Redfern reckons there could be scope for it to be used by individuals too. For example, someone may wish to prove to an e-commerce company that they were charged too much for a product. Or a self-employed person may need to share some specifics around their bank account with their accountant. And it’s worth stressing here that account-holders can preserve privacy and confidentiality by using aliases to disguise real names.

Other use-cases could involve creating a “dialogue around transactions”, as they could be annotated with comments and images from the public. For example, a charity could upload images of its new donor-purchased headquarters which cost $500,000, with observers commenting on the quality of the work.

OBP is an entirely open source project available on Github, and it’s inviting developers, organizations and individuals to experiment with financial transparency by connecting their their account using this page.

In terms of where OBP currently is in its evolution, well, it’s still at a very early stage. It could still be years before we see this concept refined and rolled out, but it’s an interesting experiment with the use of Web 2.0 tools and open APIs.

Open Bank Project is holding another hackathon next month in London too, on March 19. ‘Hack the Bank’ is being held at the FinTech incubator ‘Level39’, in Canary Wharf.

Meanwhile, you can monitor all our coverage from Finovate Europe here.