The Cyanogen project has been letting adventurous Android users tweak and mod their phones via companies like Samsung, HTC, and LG for years. The One from OnePlus is the first piece of hardware that ships with the Cyanogen experience right out the box.

In addition to offering some quick hands-on time with pre-production phones today, OnePlus announced new features for the phone. First is a theme store for the Cyanogen theme engine. The themes are more than just switching out a few lock screens and color schemes. Themes include deep integration that can adjust the look of icons. Say you want all your icons to look like Grumpy Cat–you can do that by developing it for the store.

Themes can also be mixed and matched. Mashing together two separate themes into your own concoction is a level of customization that isn’t available on any available phone today.

Much has been said about the camera. The 13-megapixel Sony camera theoretically should produce stunning photos. A quick test produced photos that looked good on the camera’s screen. An actual review unit with photos you can offload would be needed for a true test.

The camera app was built to be controlled with just your thumb. On-screen buttons were all within tapping distance of one hand. During hands-on time with the app, focus and shutter firing were quick. The burst mode stuttered  slightly while shooting 20 photos. But, the OS and hardware build are not final yet, so we’ll have to wait to determine if it’s a bug or an issue with the phone.

Photos are stored in the Gallery app, which syncs photos with cloud-based storage such as Flickr, DropBox, Google+, and Facebook. OnePlus says more cloud systems are on the way. The Gallery app also automatically organizes photos into Moments based on the date and geolocation of photos. For example, if you spend the day at Disneyland shooting photos, the app will create a Disneyland photo album.

The whole thing is wrapped in a case that’s 8.9mm at its widest and 4.6mm at the edges. Along the edge of the face is a metal bezel that could very easily look garish. Instead it breaks up the edge of the phone. The 5.5-inch 1080p screen looks as sharp as any smartphone on the market.

With a 162 gram weigh-in, the One is larger and heavier than the Samsung Galaxy S5, but it feels light for its size. But this was not the final build, so I’ll reserve judgment.

Despite my short time with it, I found the One impressive. Whether Android fans will intrigued enough by a customizable interface to switch from Samsung, HTC, or LG is yet to be seen. But with a starting price of $299, the OnePlus One could make a small but noticeable dent in Samsung’s dominance of the Android market.

The OnePlus One will be available in mid to late May. 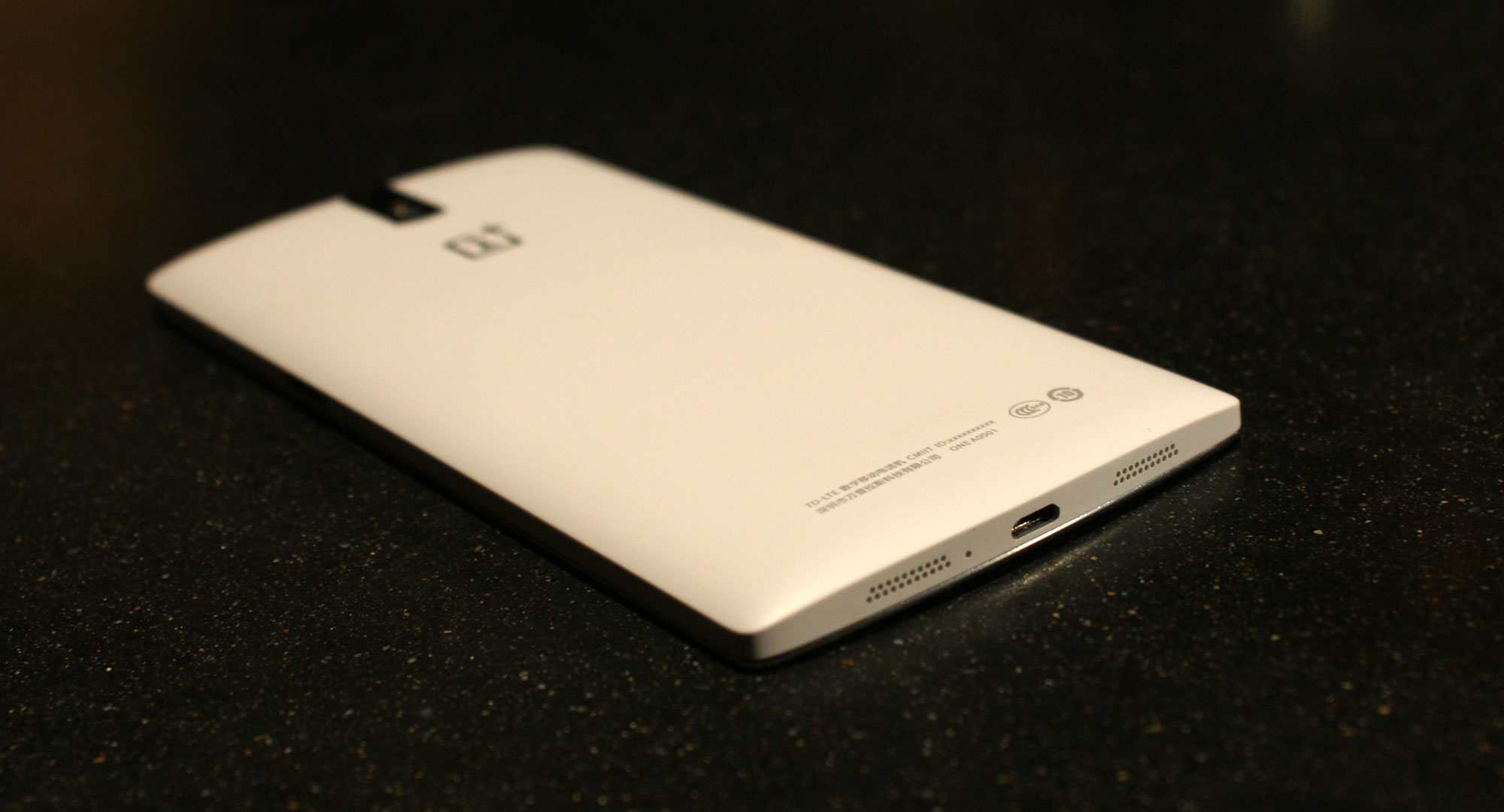 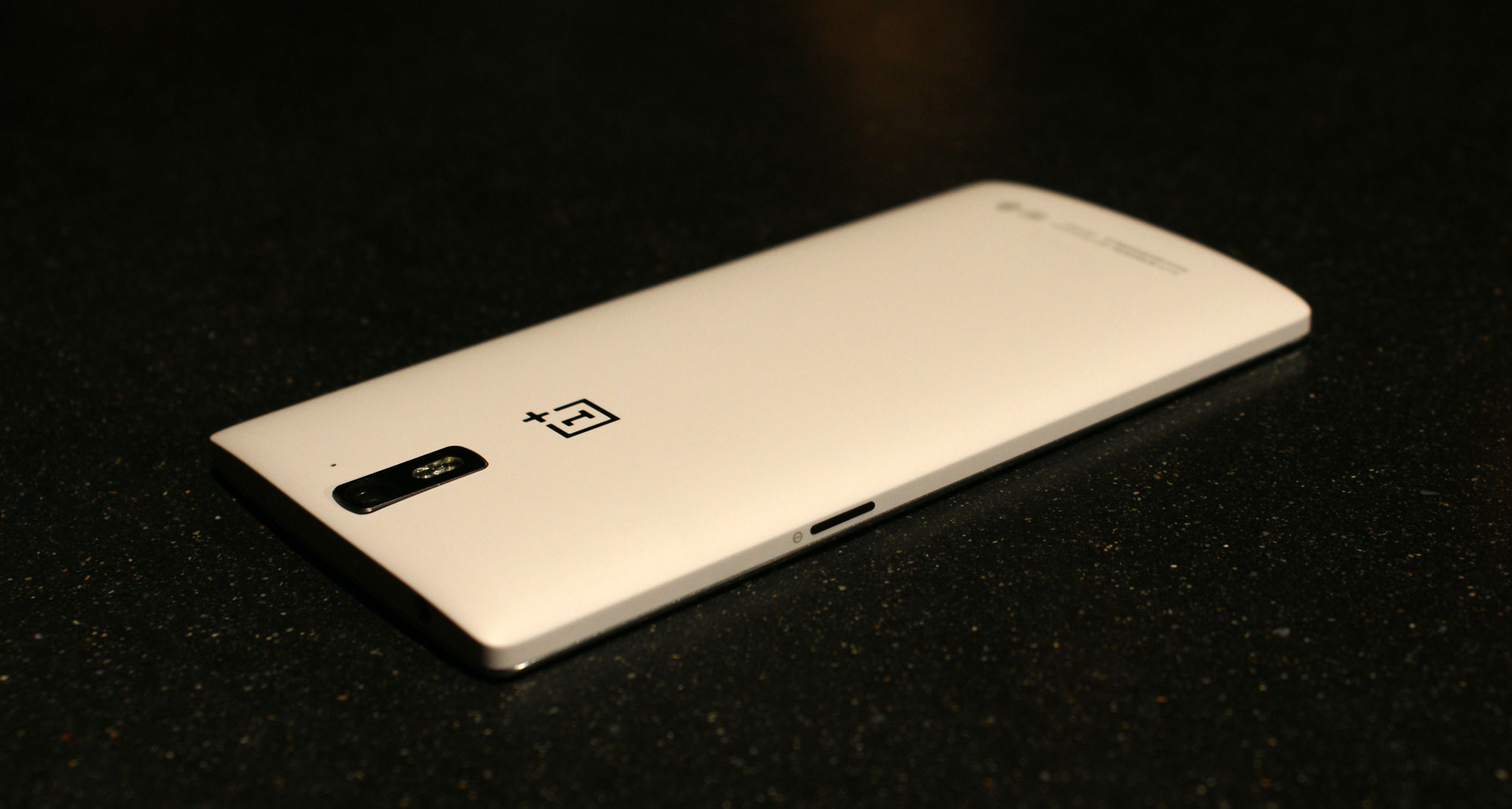 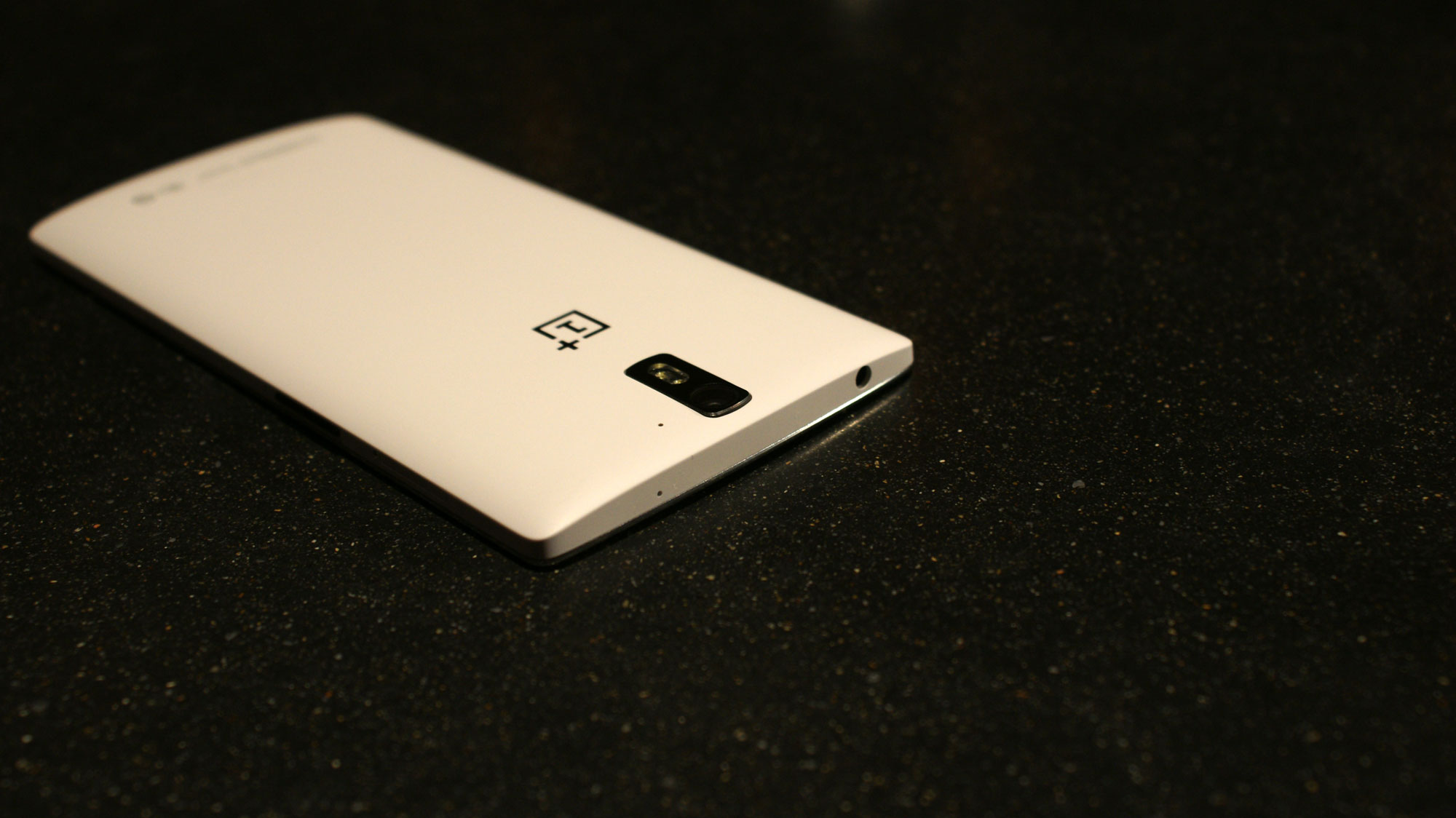 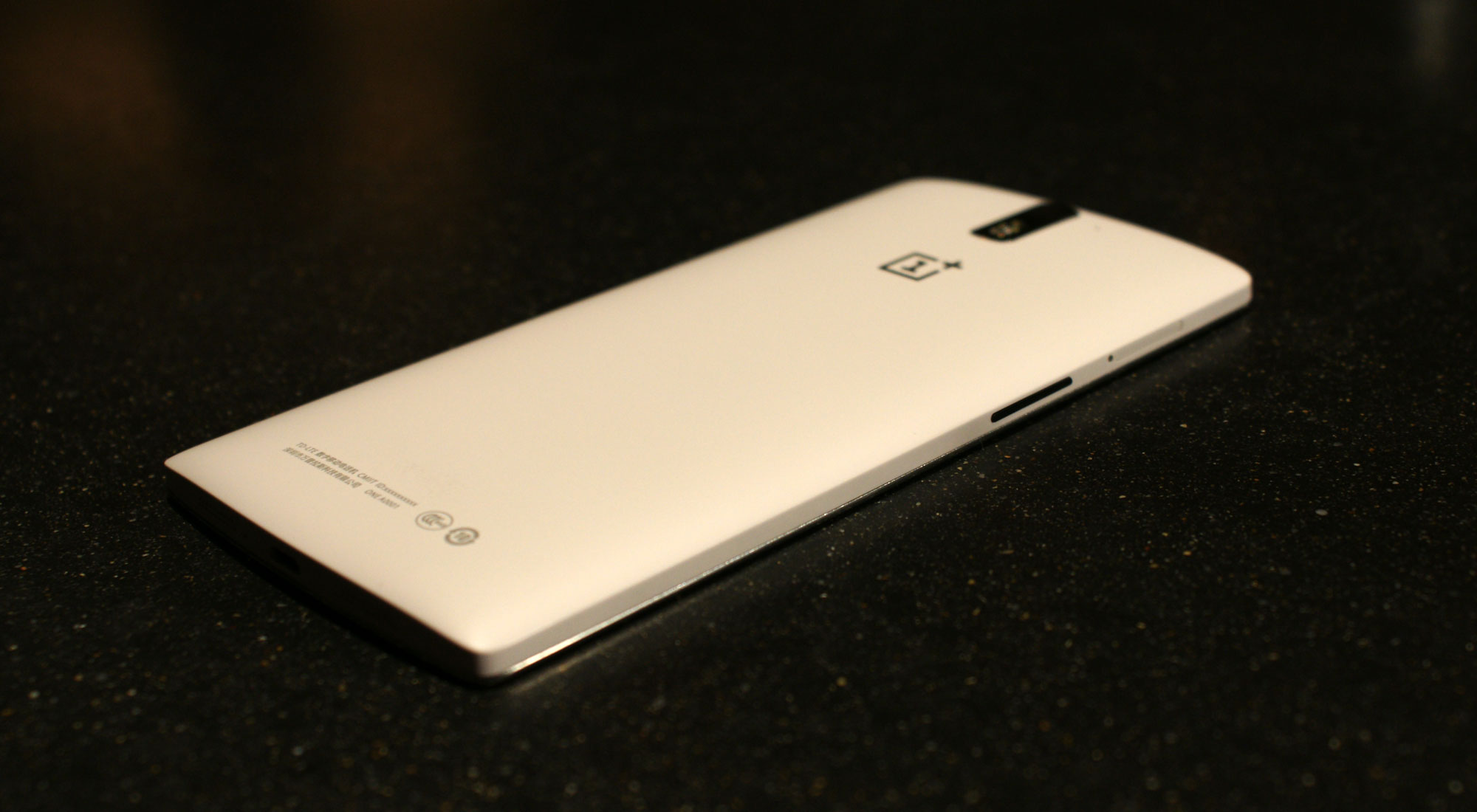 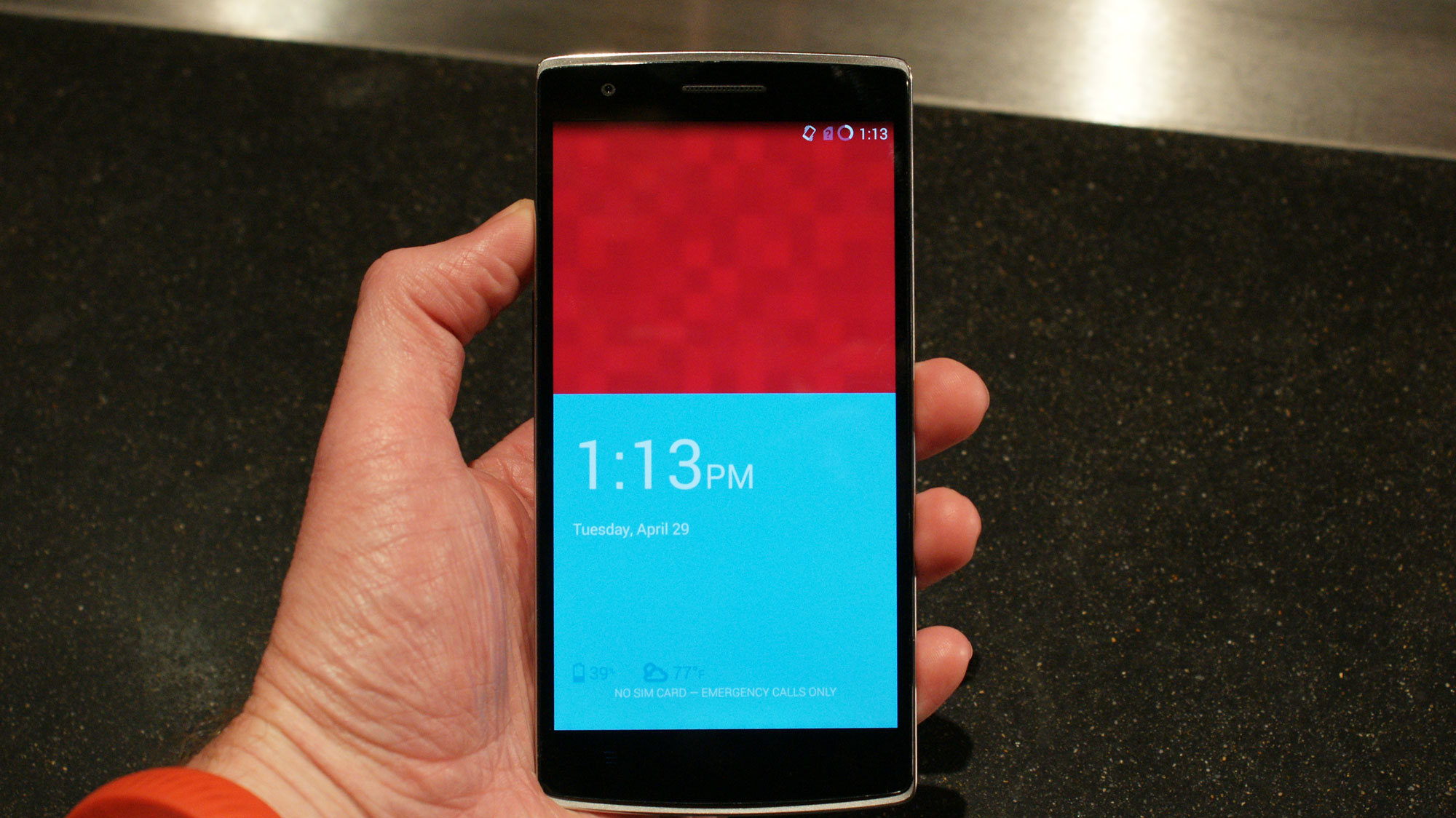 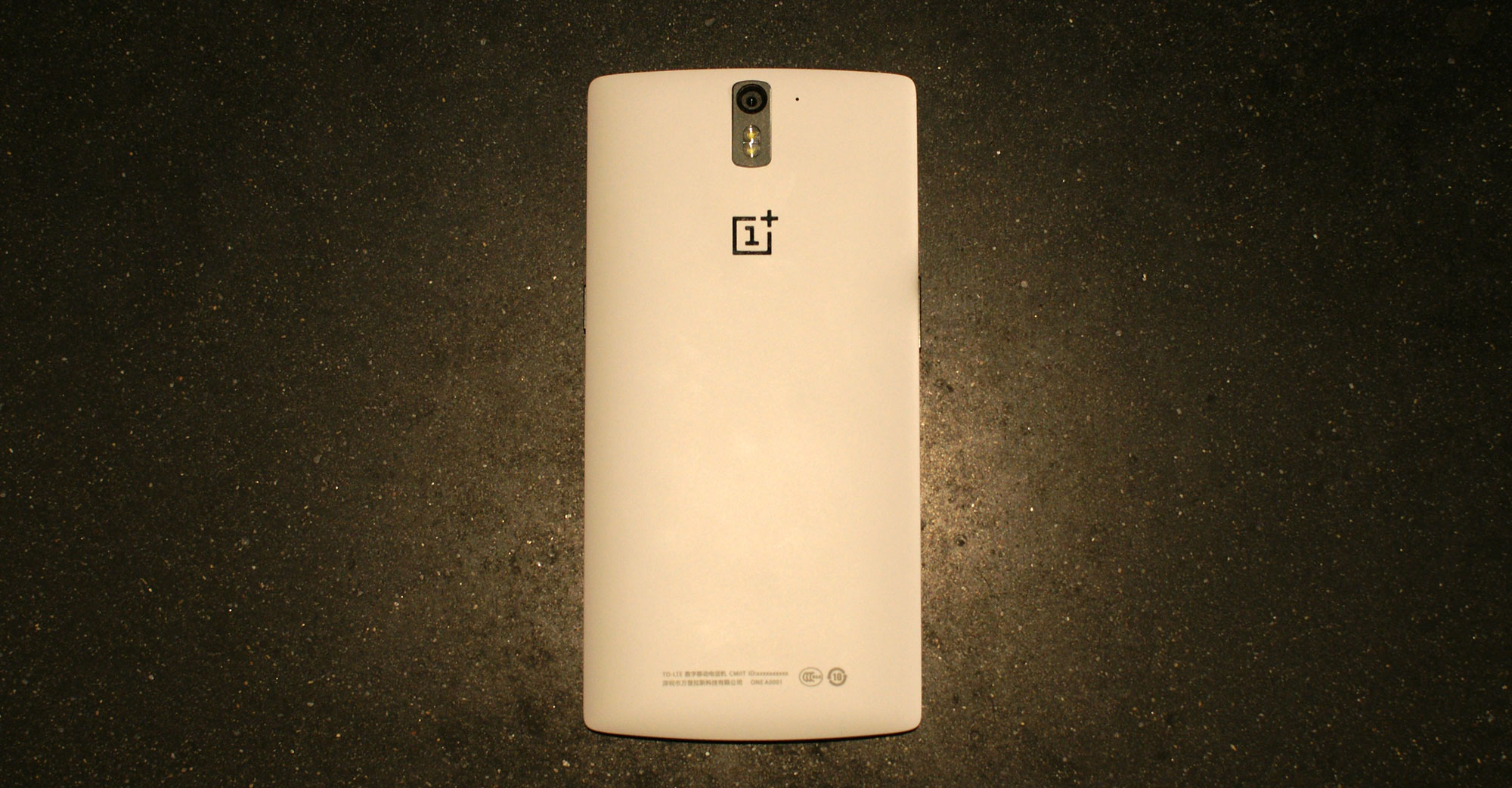 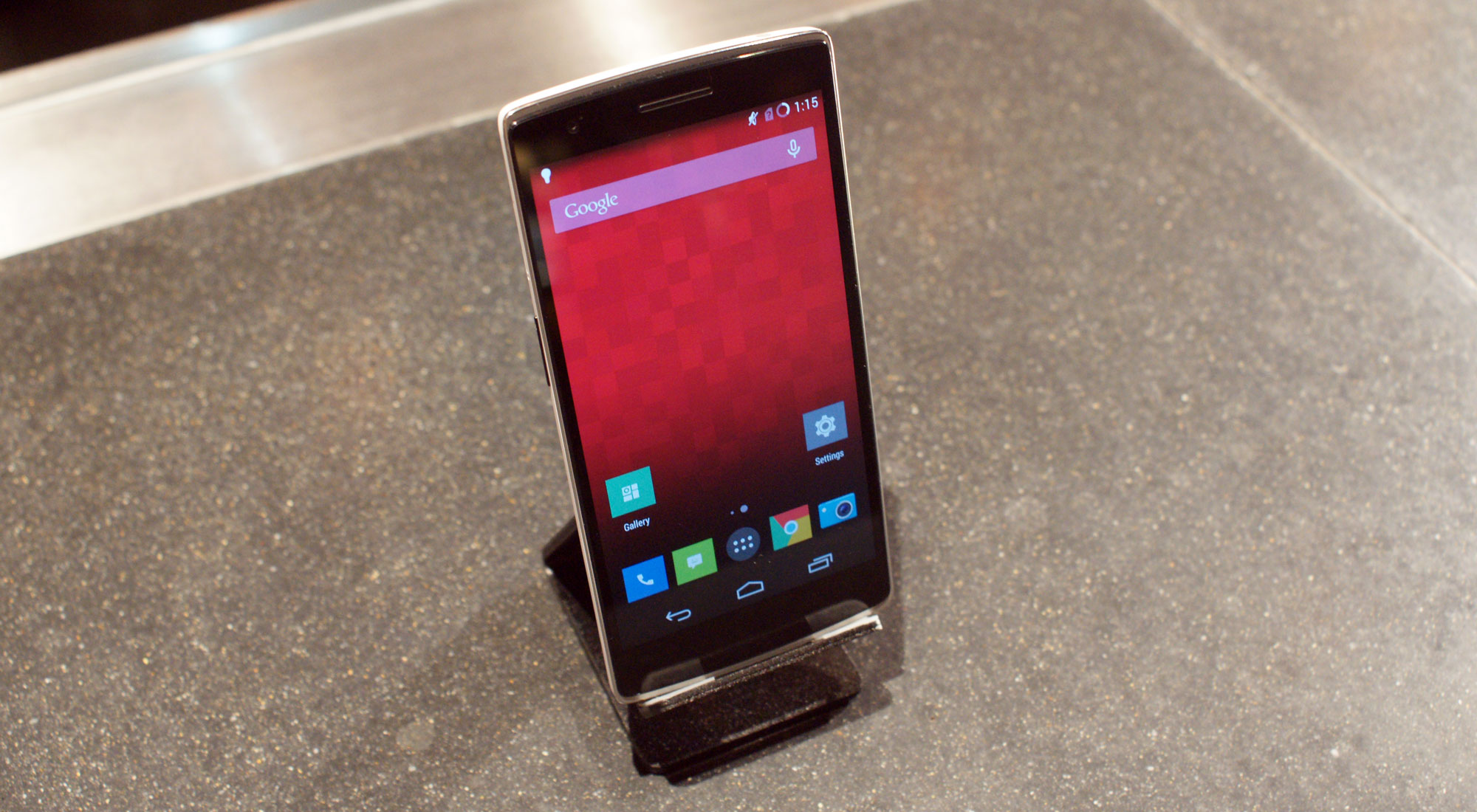 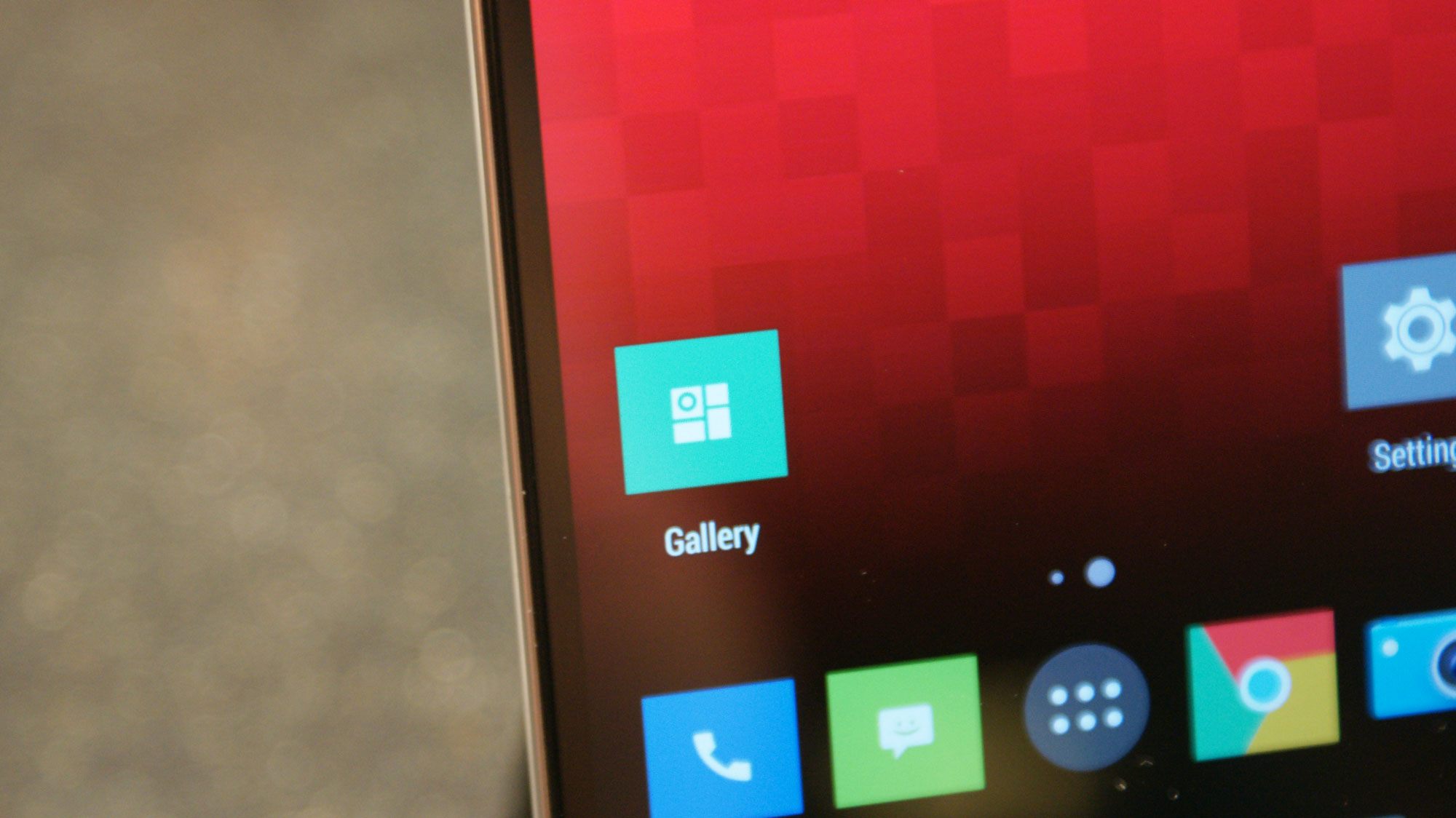 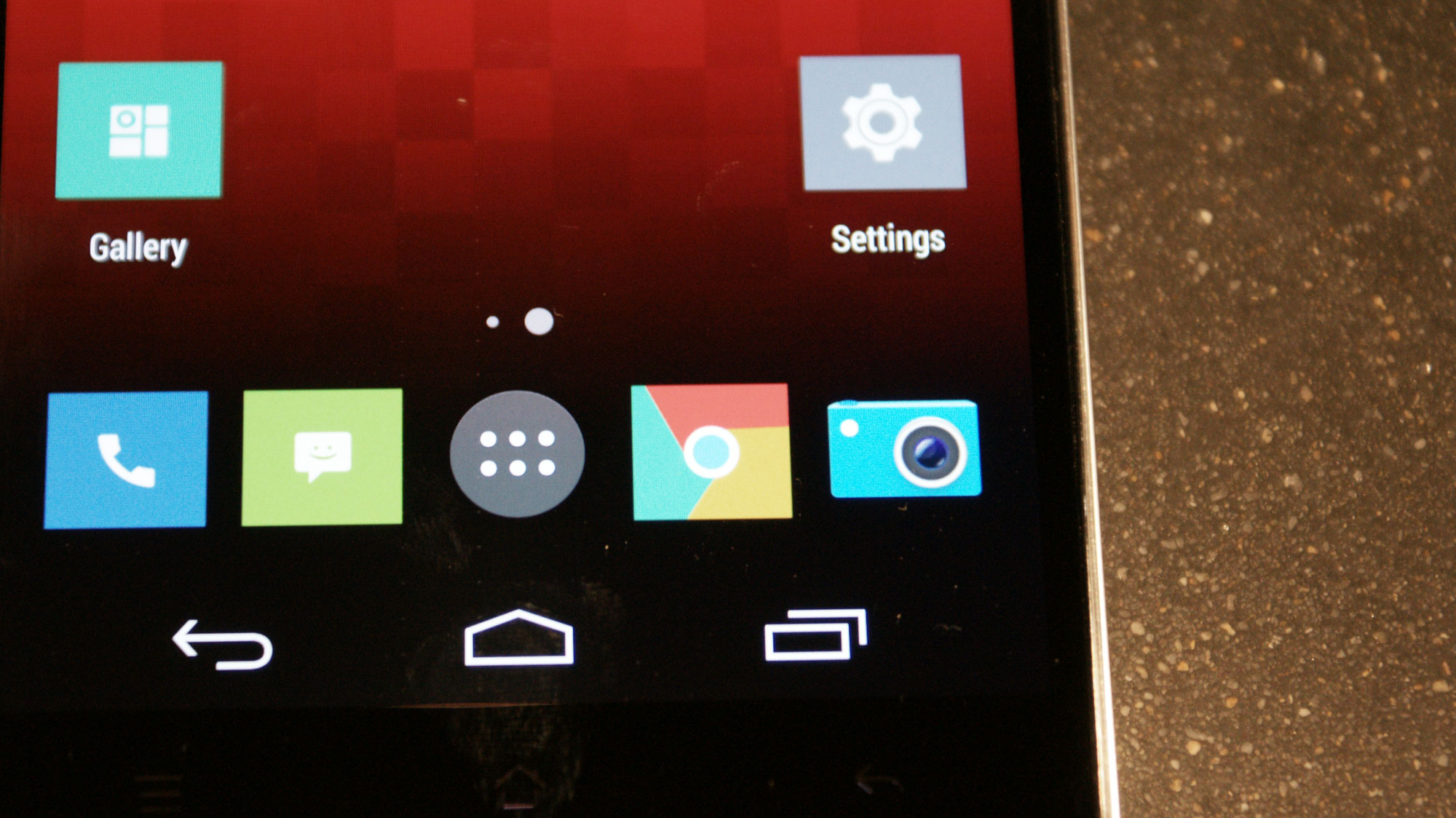 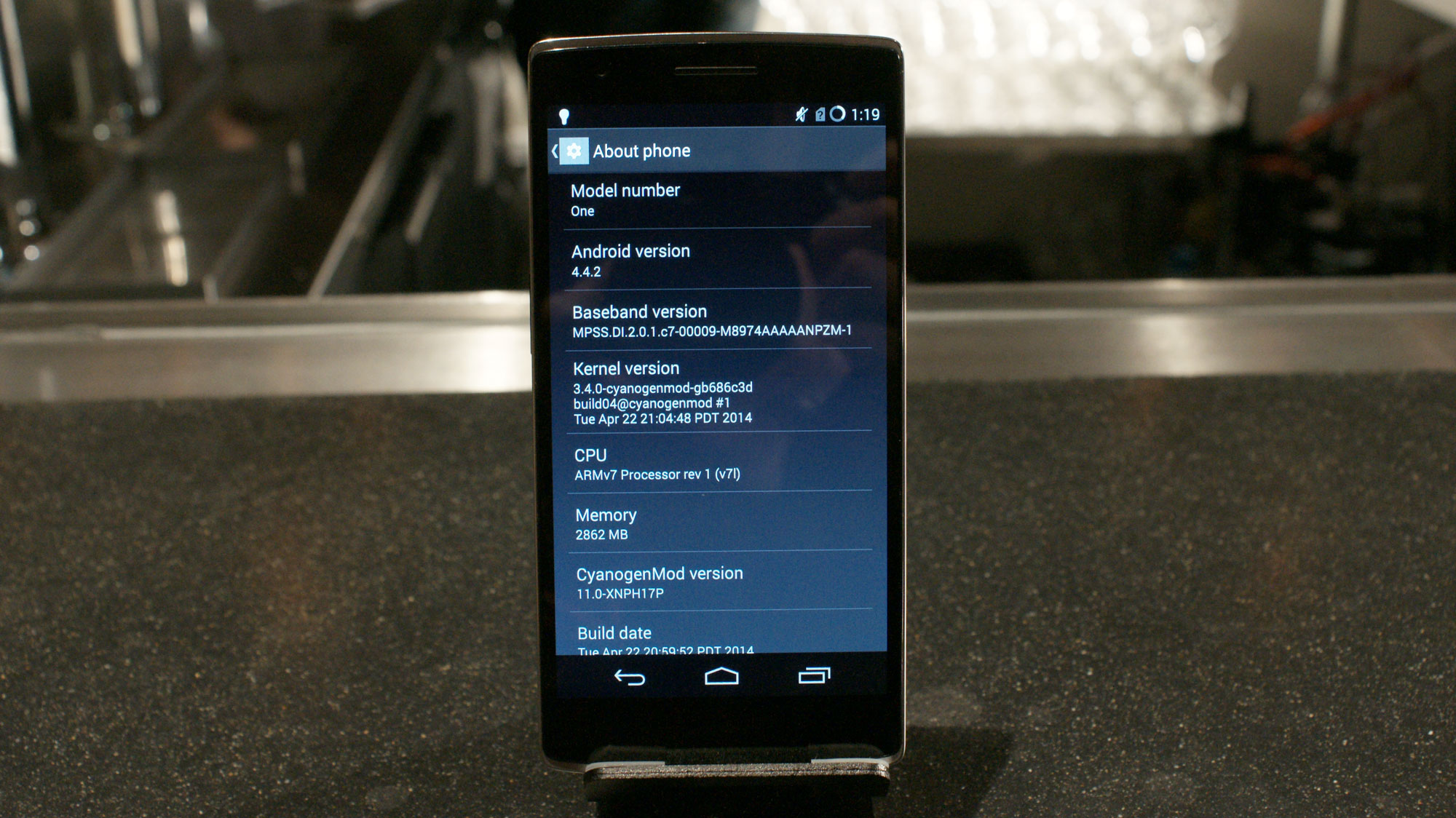 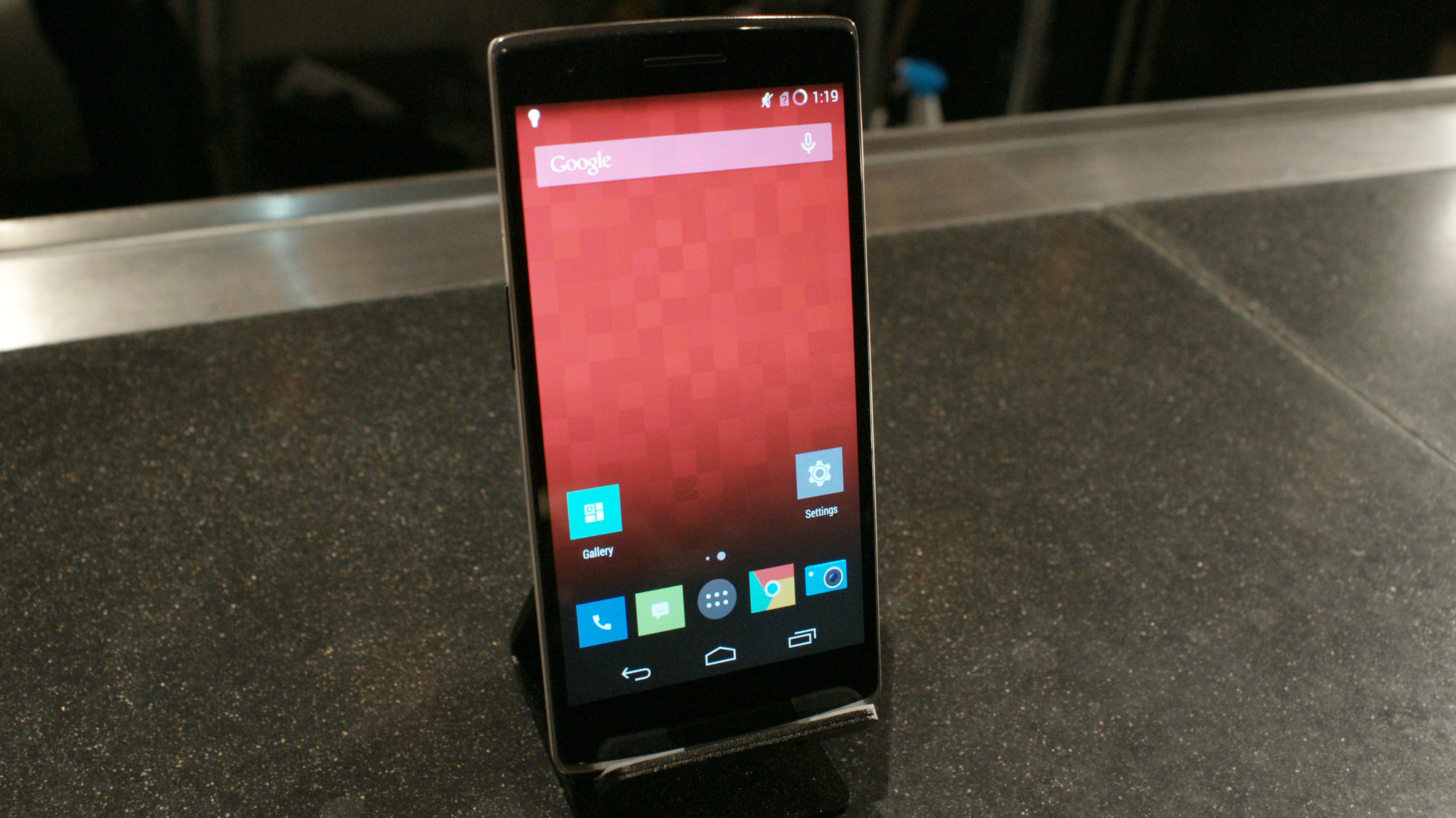 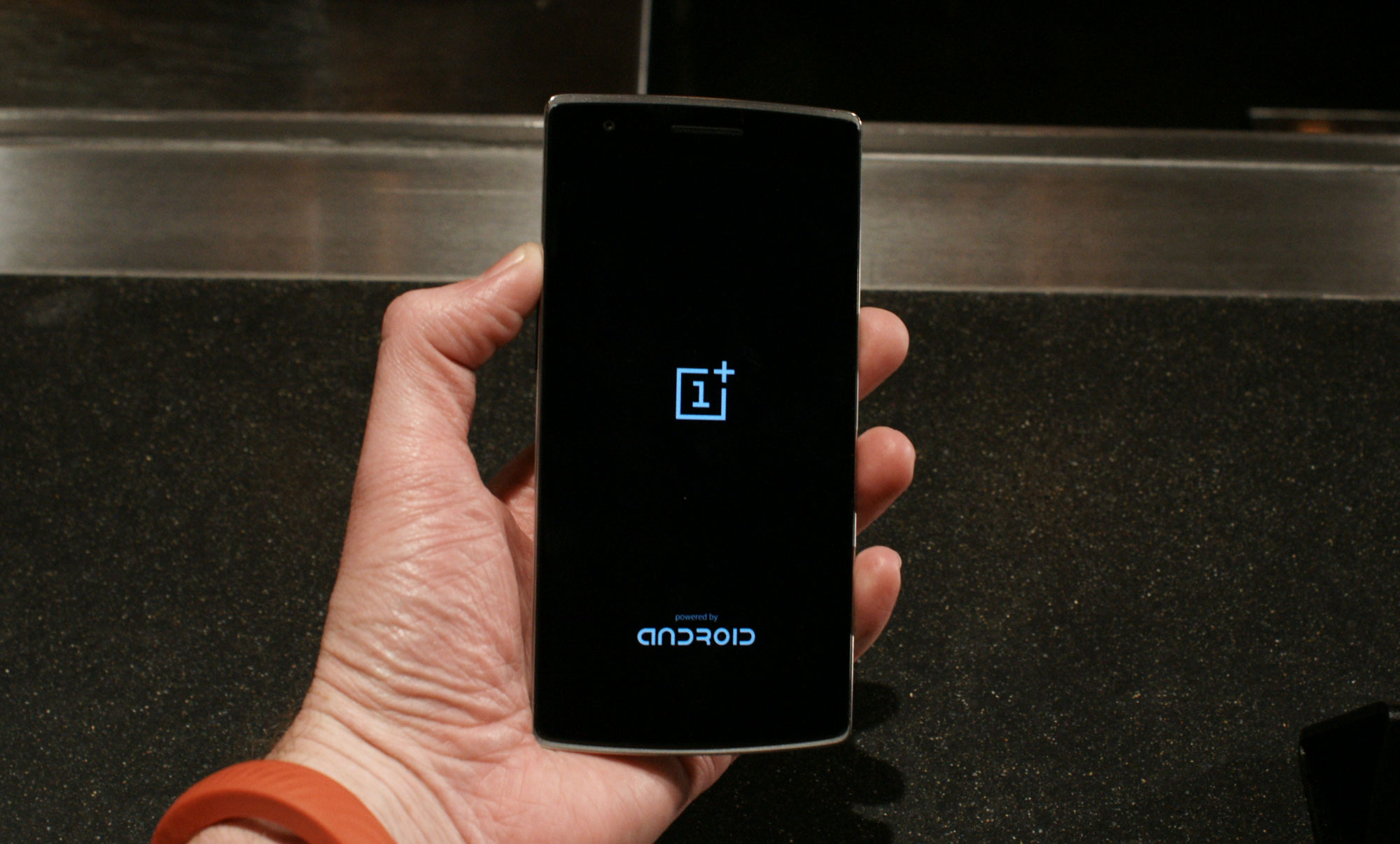 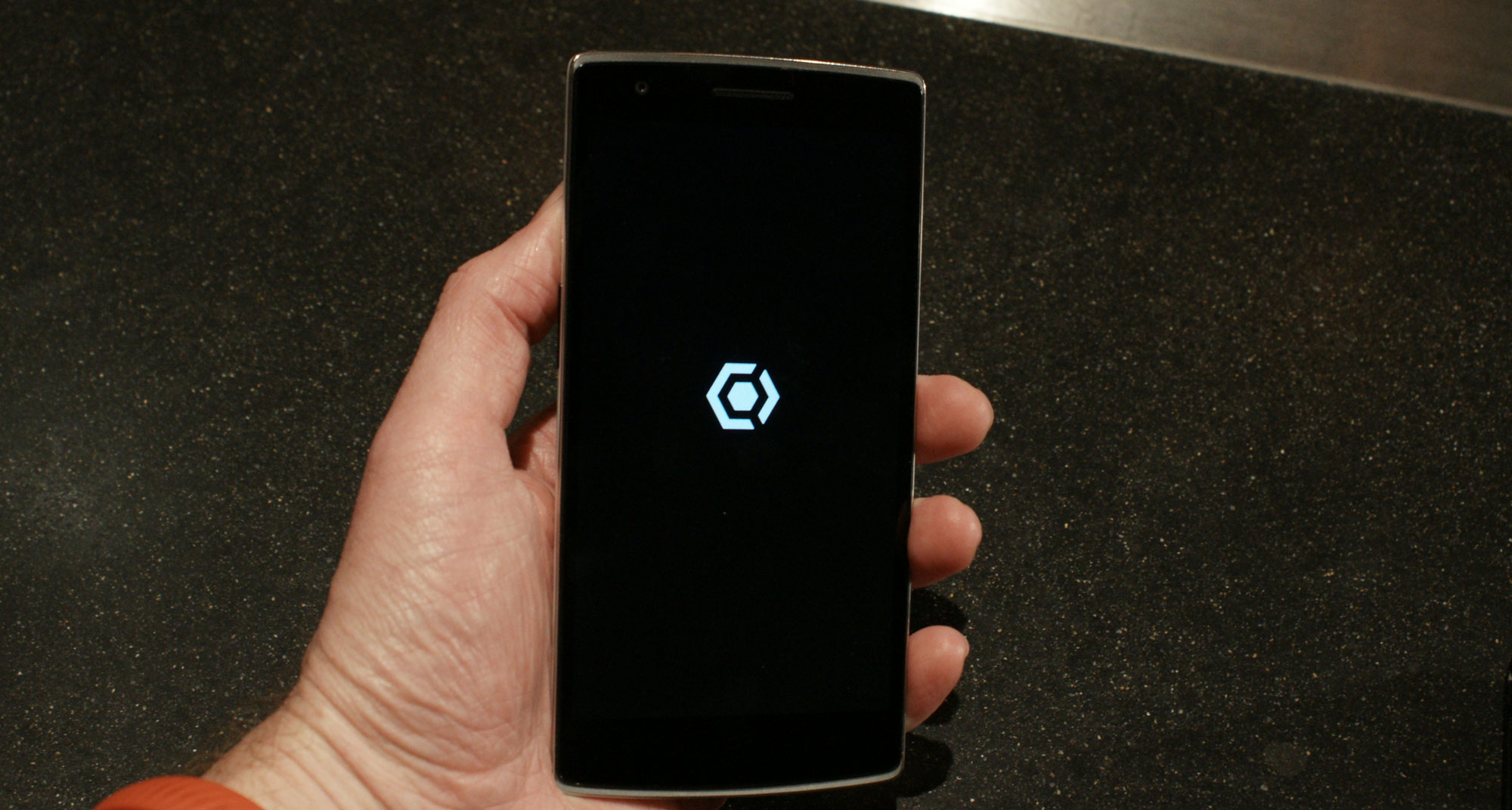 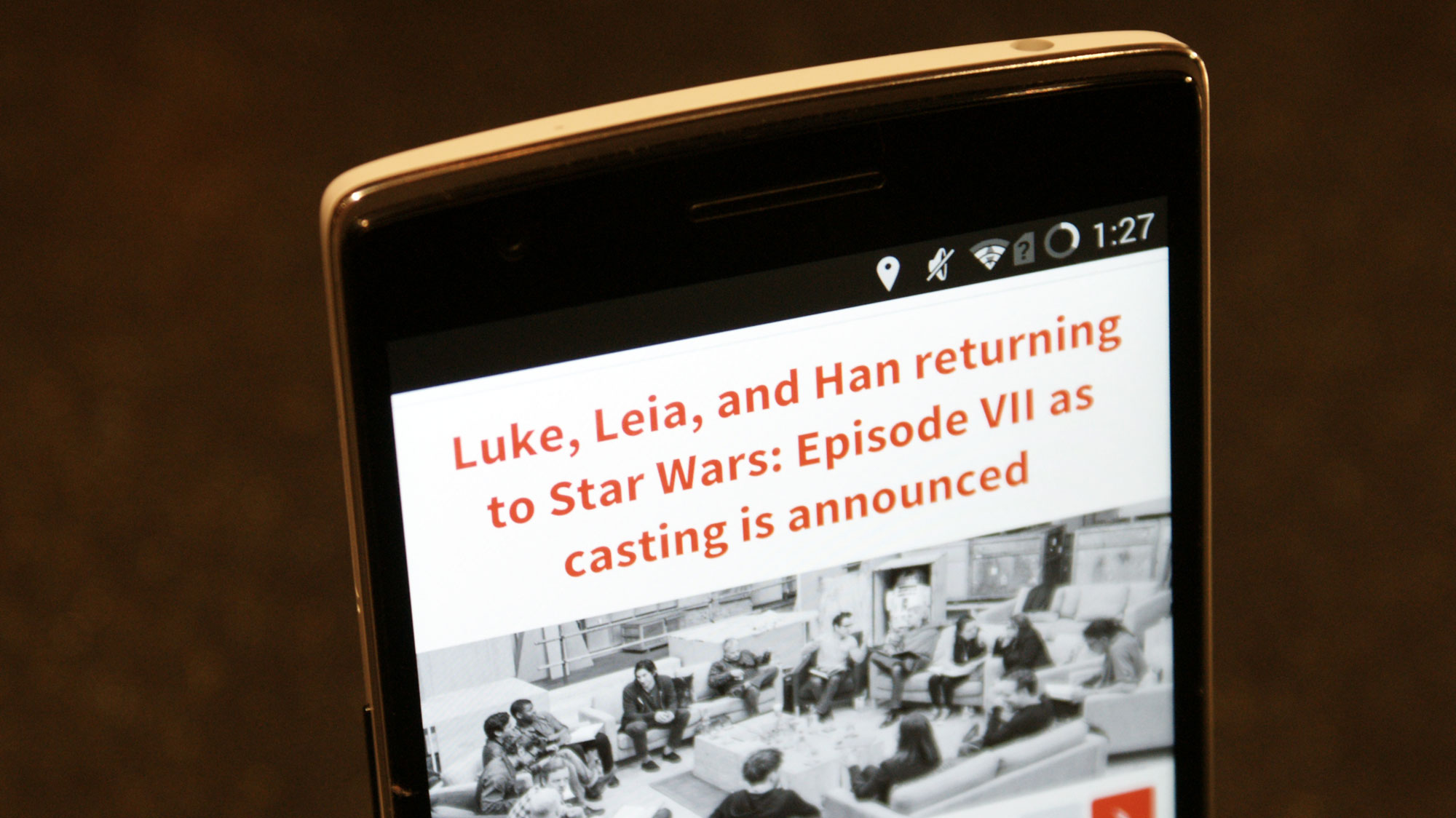 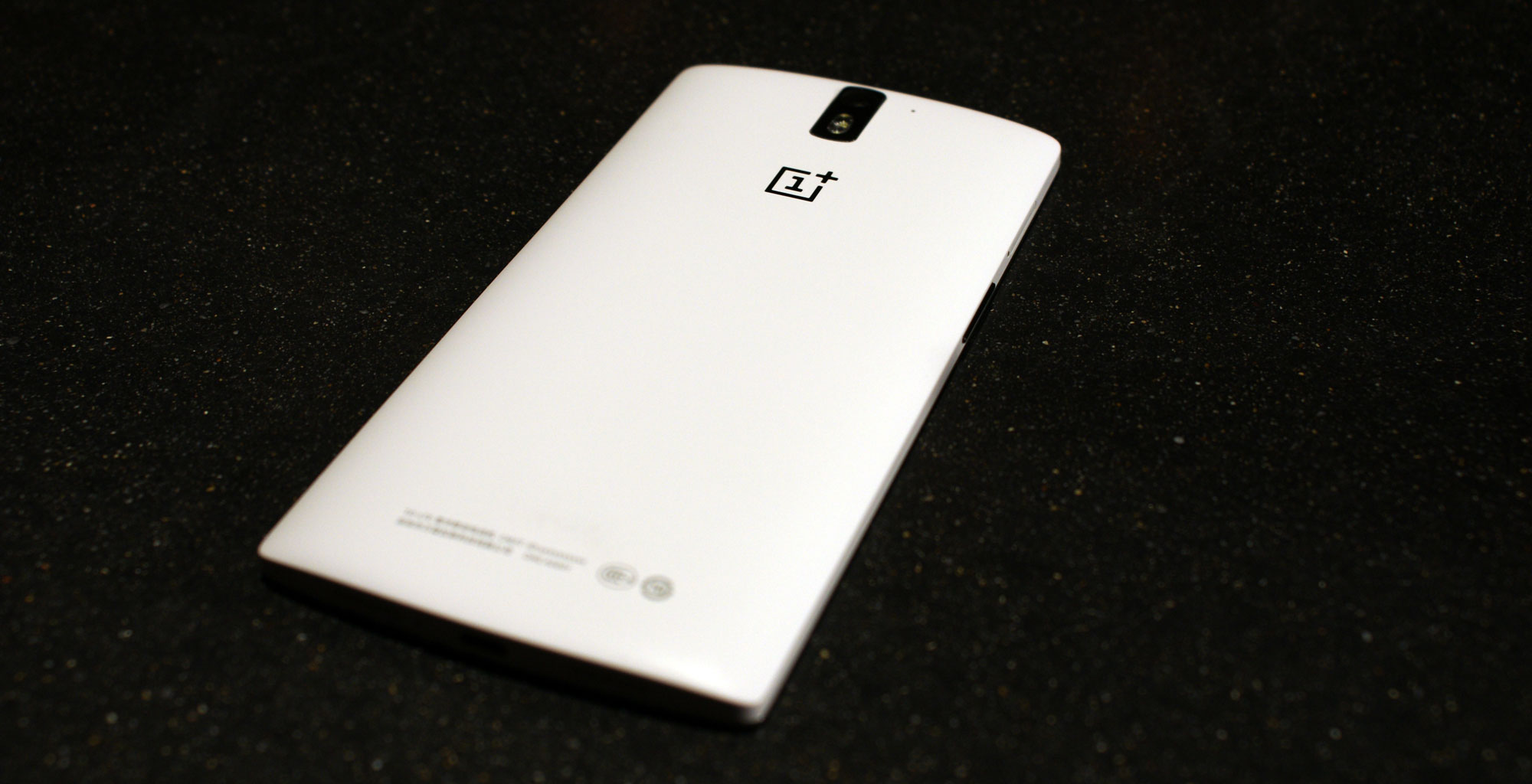 See Also: OnePlus One is a powerhouse Android smartphone running CyanogenMod, starts from $299