In 2022, it’s not a surprising thing for a phone company to launch a device that feels like just an incremental update to its predecessor.

But it’s slightly surprising when a manufacturer churns out a phone that’s made from the stock of phone parts of a model released last year. The OnePlus 9RT is one such example.

Before you bring out your pitchforks, I want to clarify that it’s a good device to live with. And if you’re currently using a phone that’s a couple of years old, it’s even a good buy.

While I liked using the device, it made me question the company’s release strategy, the usefulness of some of the specifications, and doubt the reason of its existence.

We’ll get into all that, but first, let’s look at the specifications of the device:

The first thing I did after looking at these specifications was to compare them with last year’s OnePlus 9 and OnePlus 9R. And I had to sit with a magnifying glass to spot the differences. If you want to do that too, here’s an easy link to GSMArena’s phone comparison tool.

One of the major differences is that the OnePlus 9R uses the Qualcomm Snapdragon 870, and the other two devices use the more powerful Snapdragon 888.

The new device has a 50-megapixel main camera sensor, as compared to a 48-megapixel sensor in the previous year’s models.

However, the pixel size in all models is varied, with the older OnePlus 9 having the largest 1.12-micron pixel. Theoretically, it should have better image quality, but the 9RT’s camera has a couple more megapixels to counter that.

Also, the phone ships with a USB 2.0 compatible slot as compared to the faster USB 3.1 slot. It’s not a deal-breaker as you might not be transferring data to your computer every day, but the fact that OnePlus is going with an older standard here tells me there’s some parts-bin-scrounging going on here.

After years of using black-colored phones, I had gotten bored and started opting for more vibrant colorways for devices.

However, the OnePlus 9RT kinda changed my mind with its frosted glass-covered back. When I hold it in the light, the back shimmers and it looks gorgeous.

The only downside is that the rear surface is extra smooth, so unless you grip the device firmly, it might slip out of your hand.

The 9RT delivers on most things you expect from a OnePlus phone: a colorful screen, a blazing fast processor, and 65W fast charging to juice up your device in seconds. All of this means you can watch a lot of high-quality videos, play games, scroll through social media and sites without any major hiccups.

The 4,500mAh battery on the phone is sufficient to go through all the tasks mentioned above, and last for an entire day. If not, there’s that 65W charging anyway. Sadly, there’s no wireless charging for this one.

The 50-megapixel camera takes punchy photos with bright colors. There’s no Hasselblad color tuning with this device, but colors appear accurate, albeit with the contrast turned up. At times, you might not need to apply any filters to post on social media.

You can take photos in 12-megapixel, 50-megapixel, and 108-megapixel modes. But if you’re looking at them on your phone, you might not be able to tell a lot of difference.

The phone takes pretty nice photos in low-light conditions. You might see a bit of grain, but that’s forgivable for devices priced between $400-$600. Here are some sample snaps (there are a lot of cat pics): 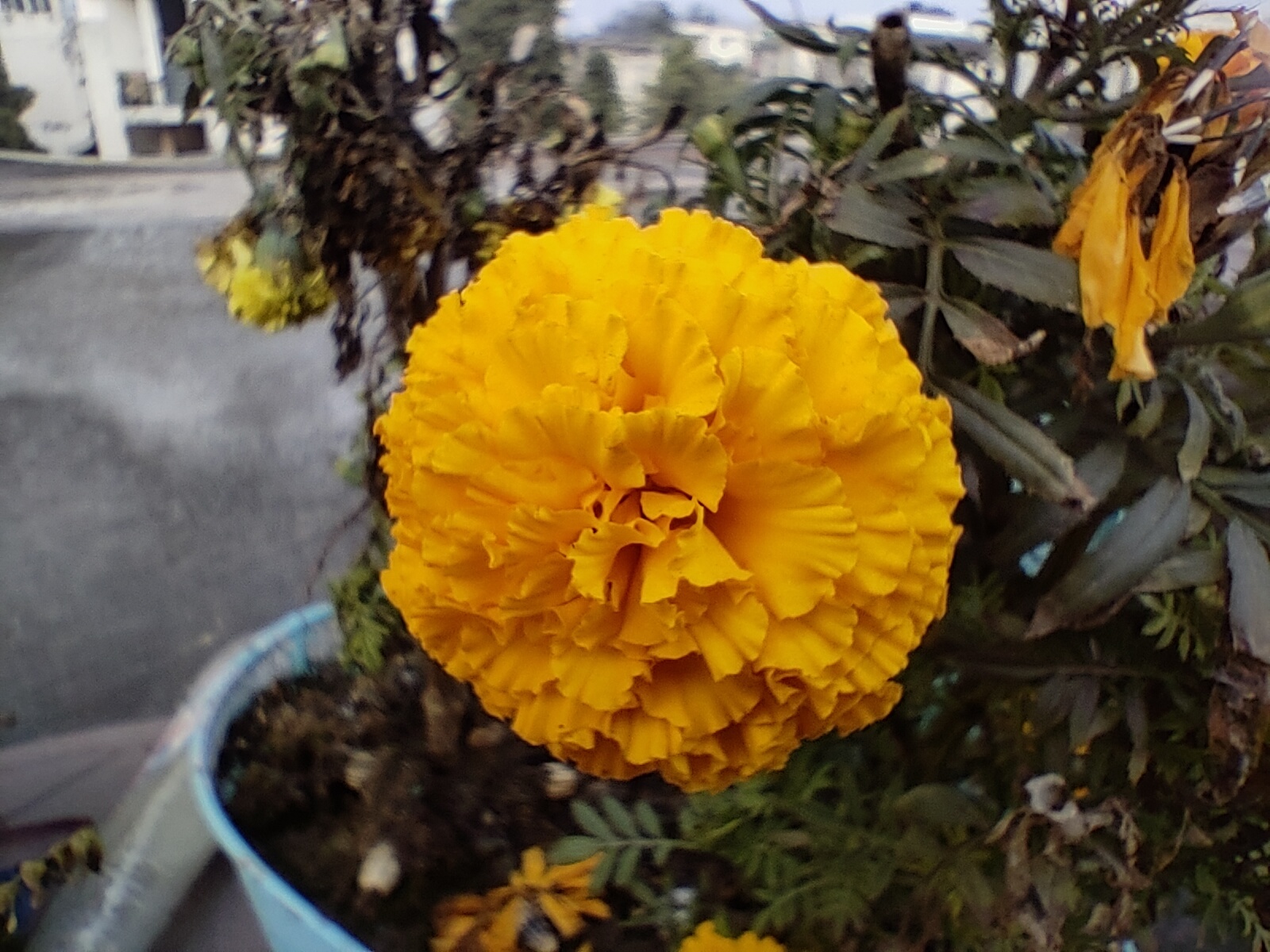 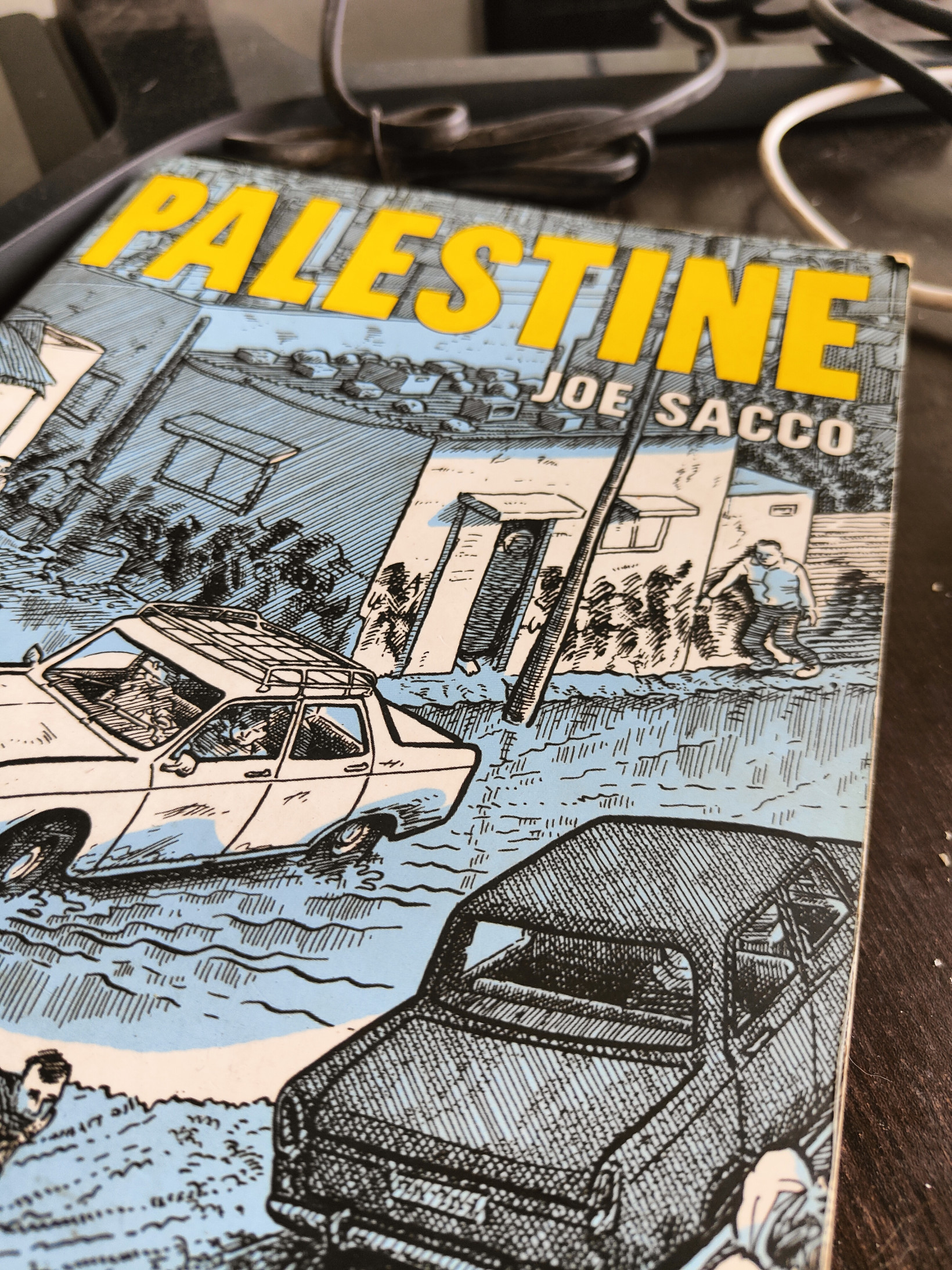 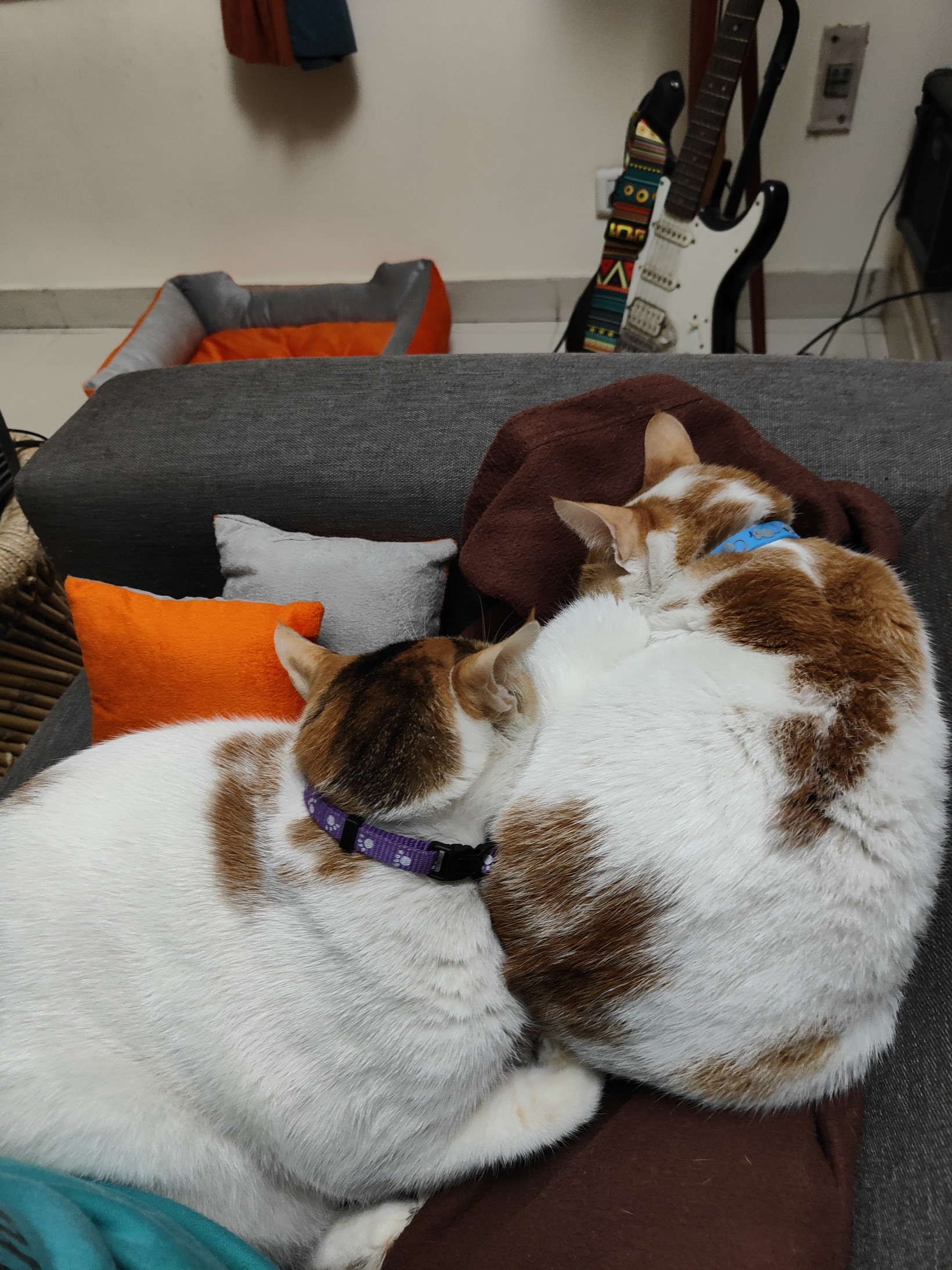 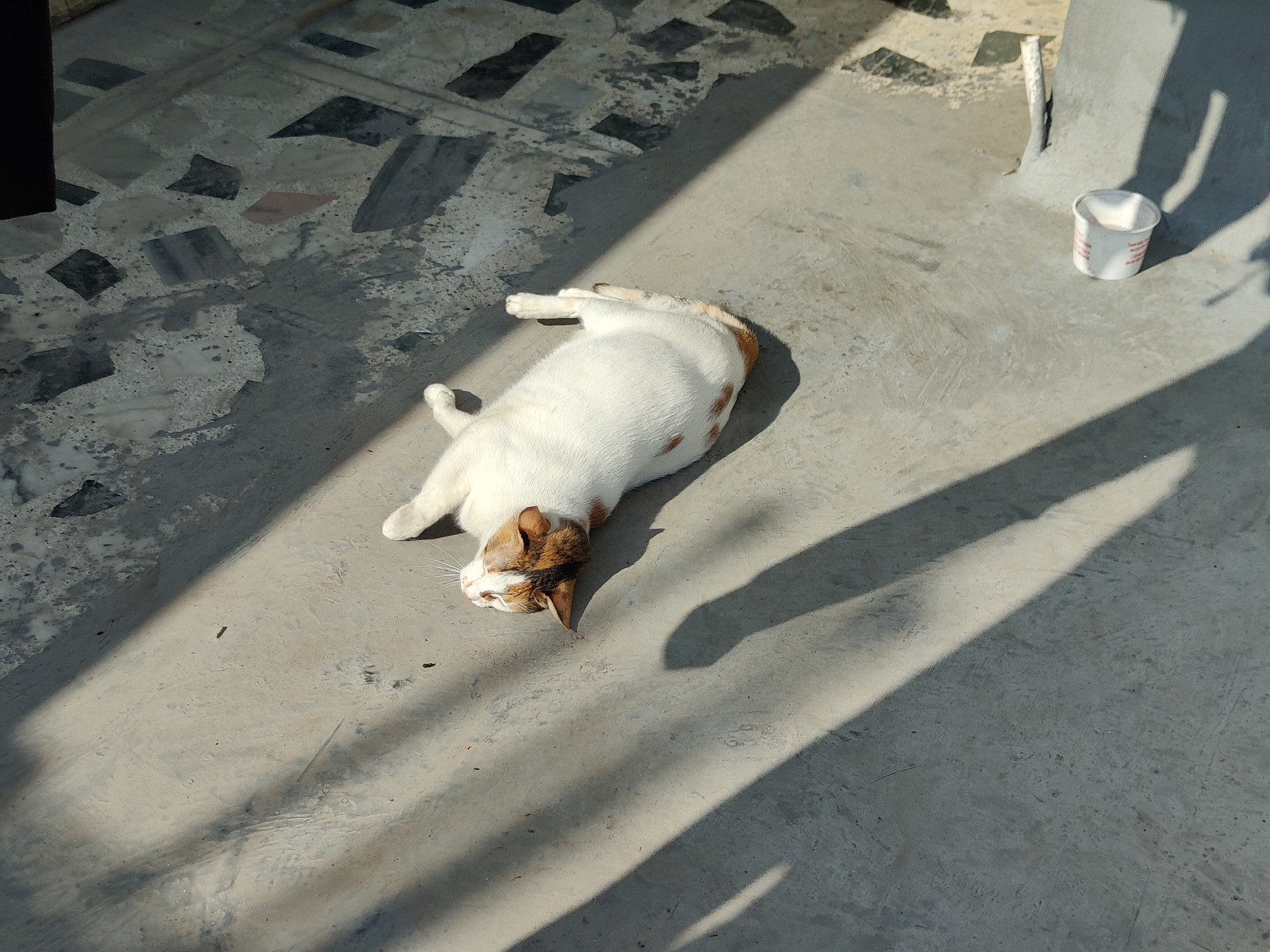 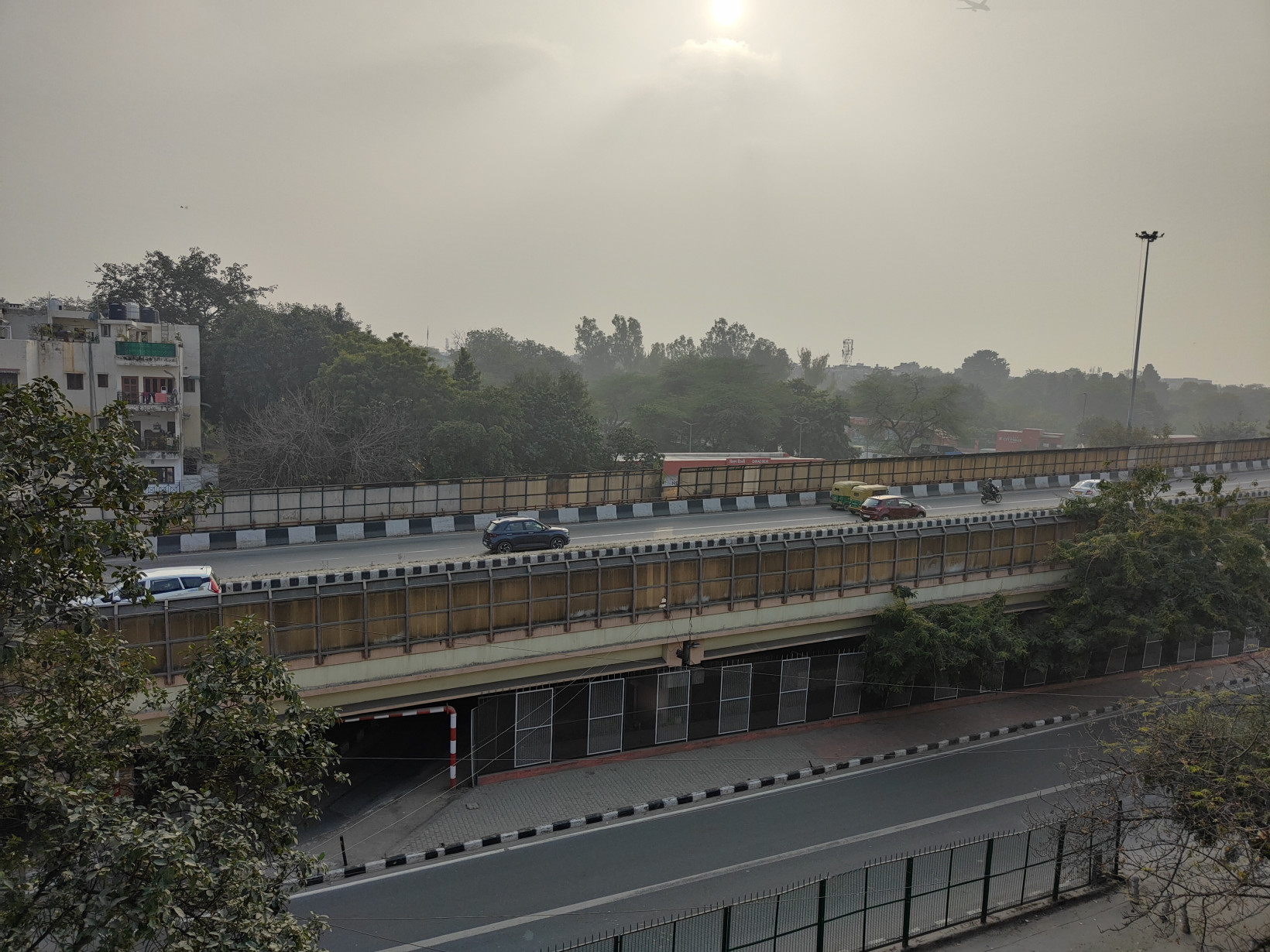 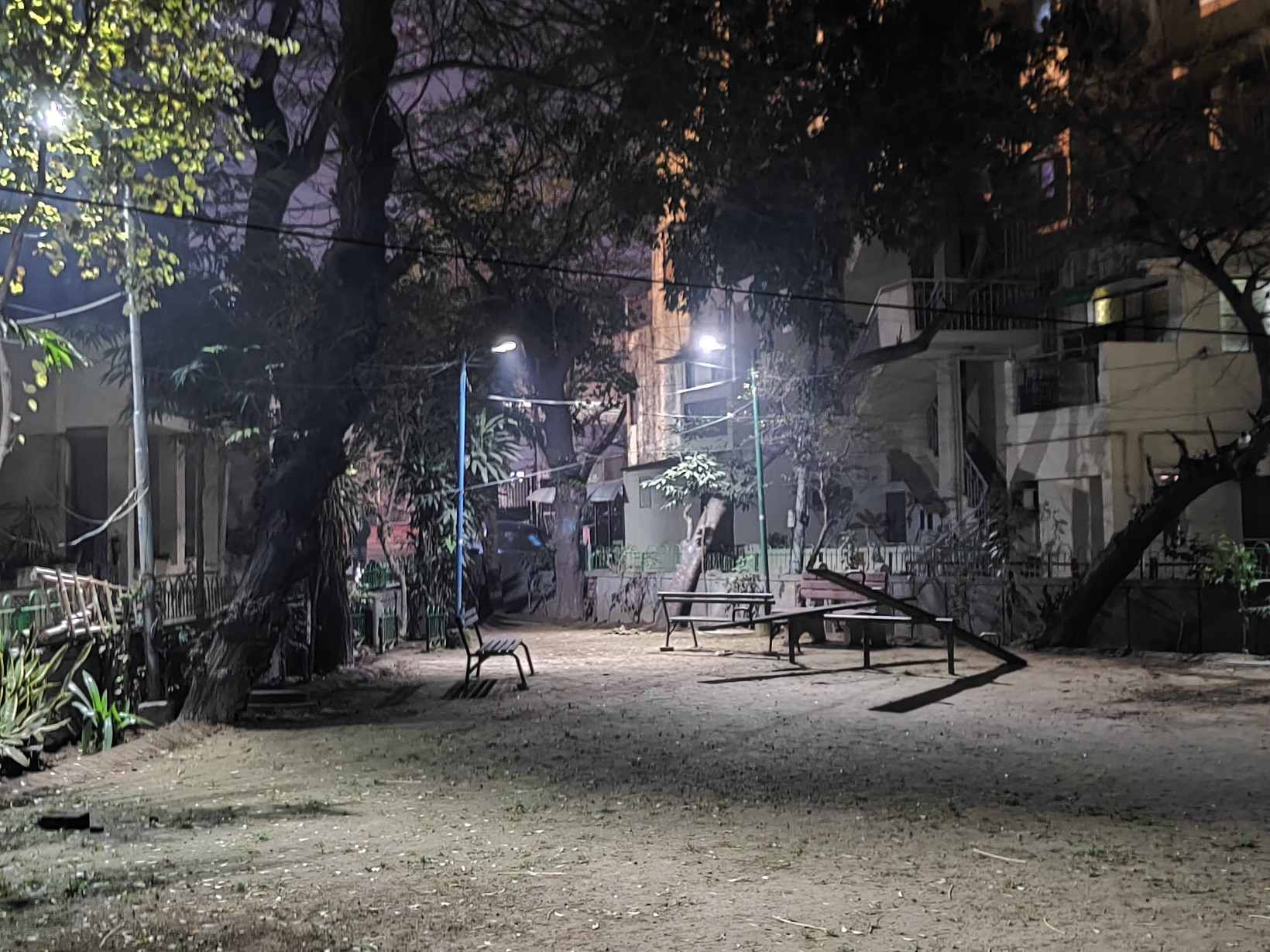 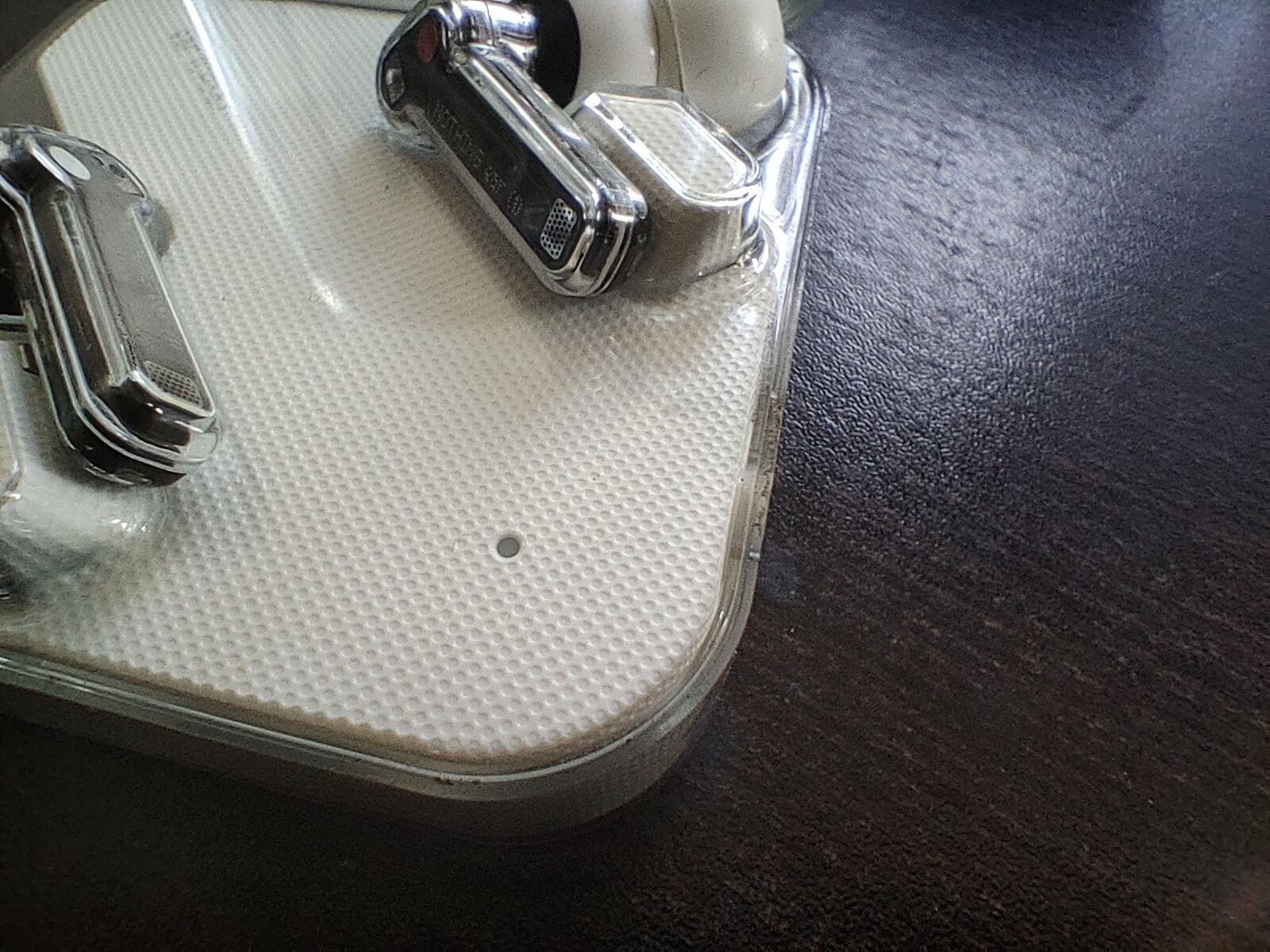 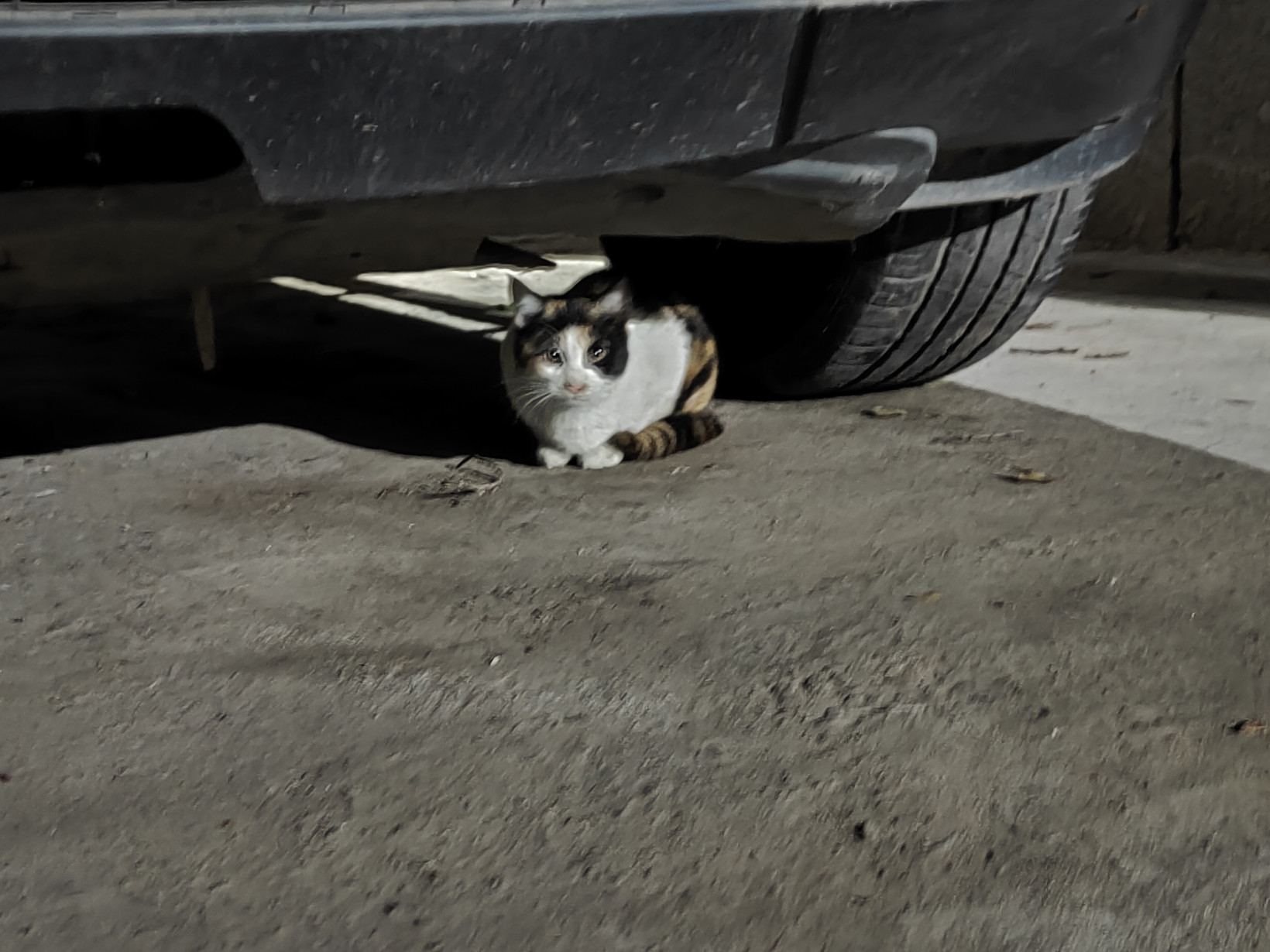 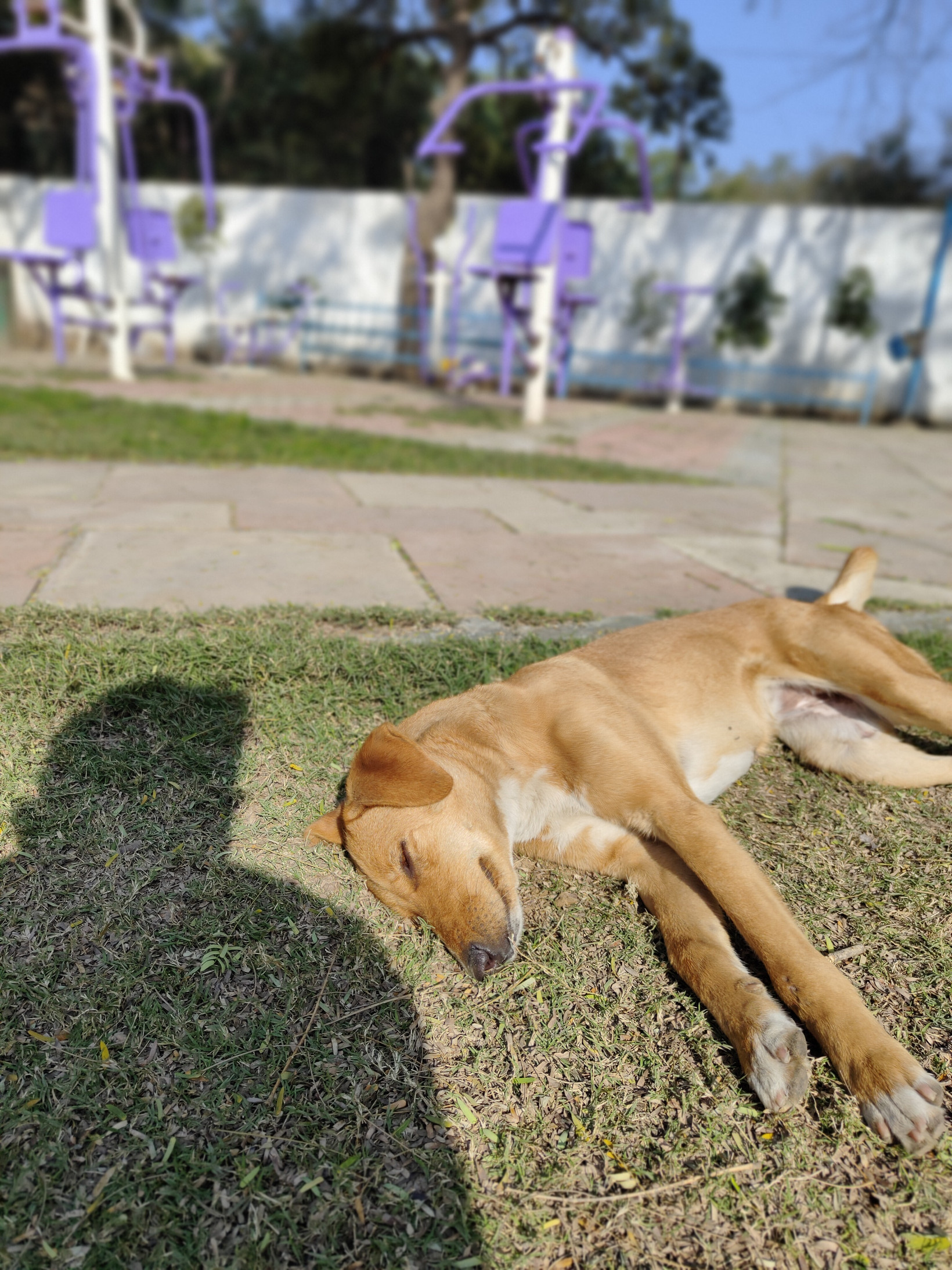 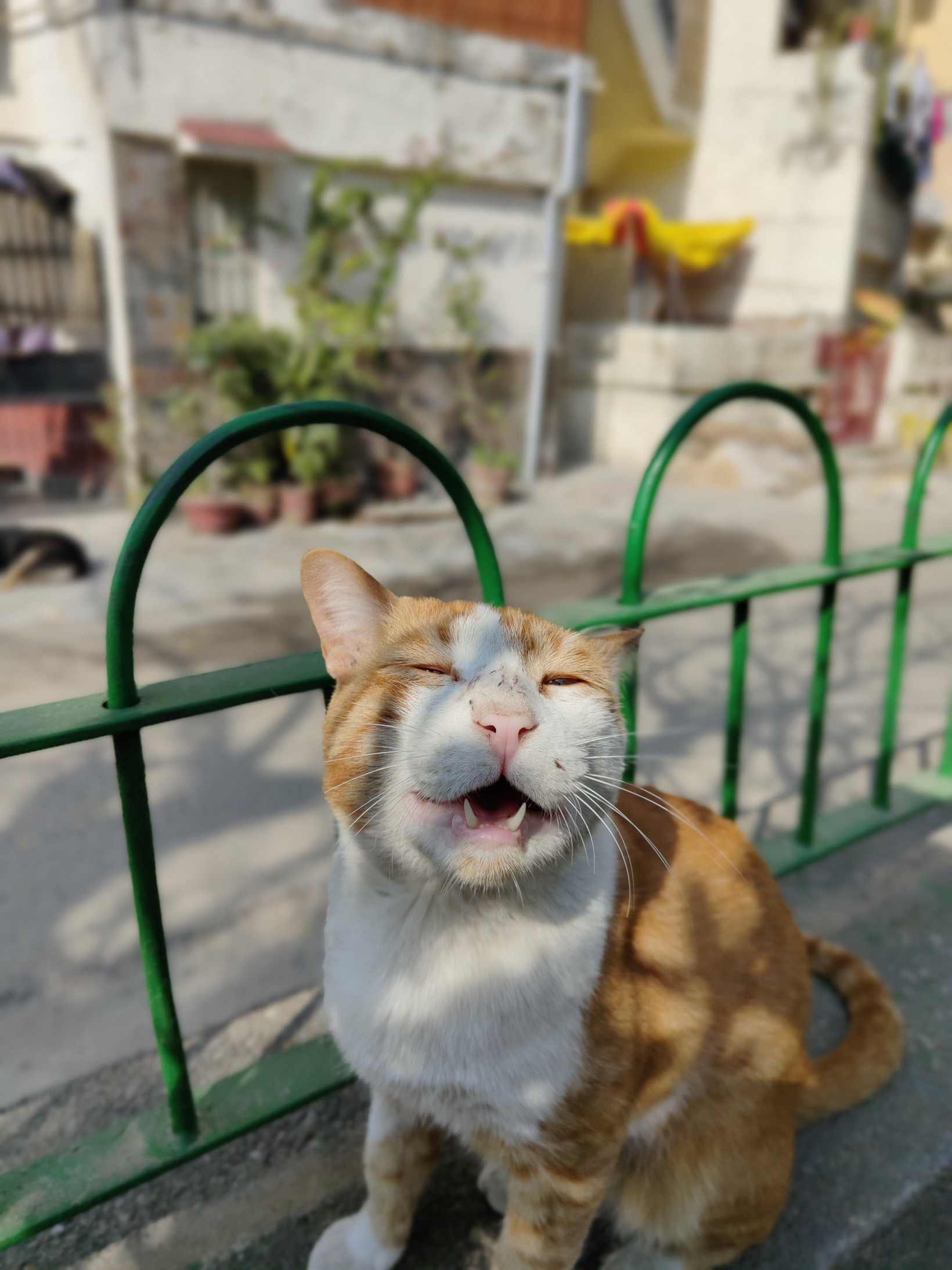 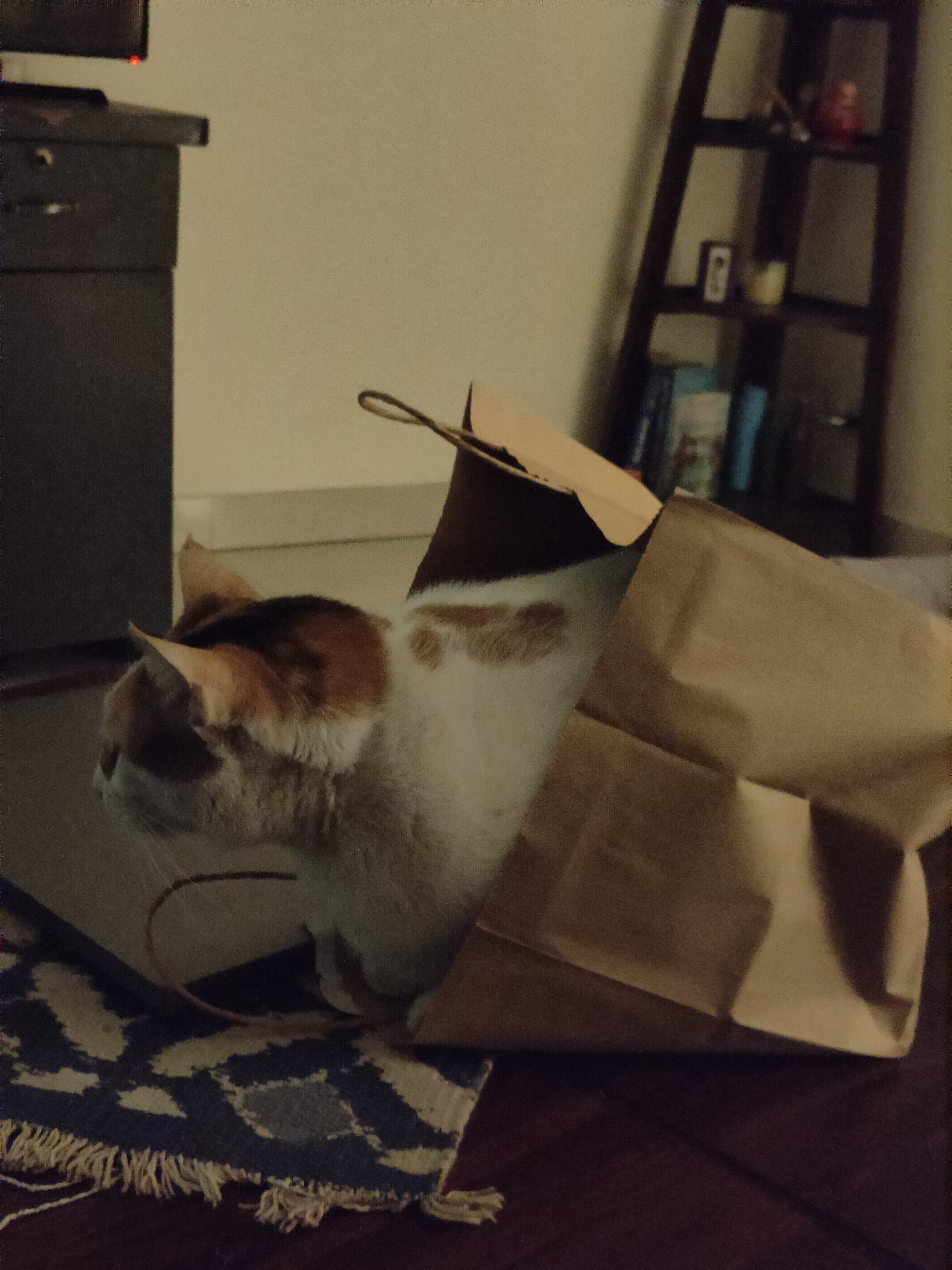 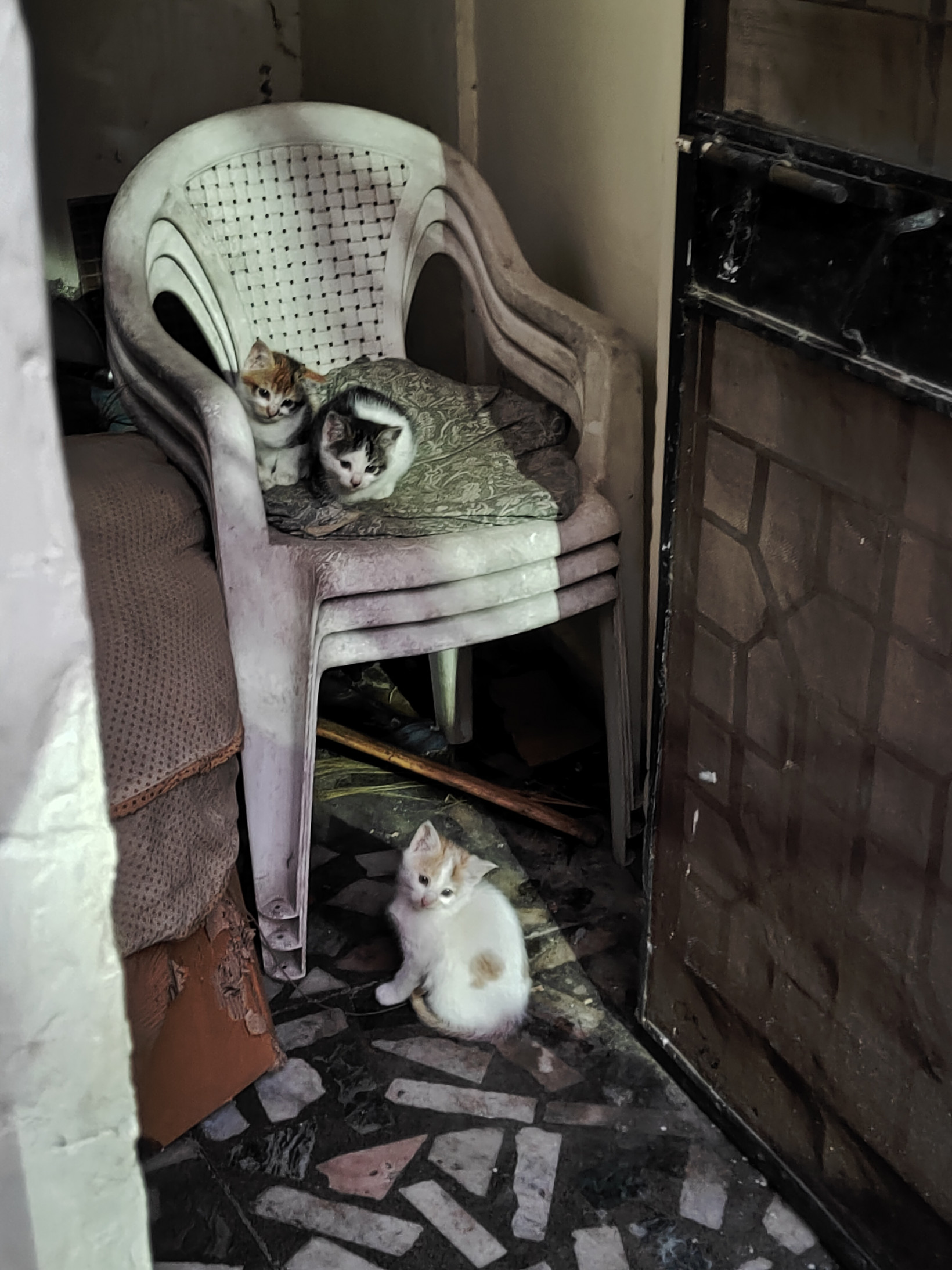 There are a few areas that OnePlus needs to improve on. There’s a 2-megapixel macro sensor, but you can get only so much quality and details out of a snapper that size. Do we really need that? Or rather, do we really want crappy close-up photos?

OnePlus has not certified this phone with an IP rating. While the build feels robust enough, we don’t know how dust and water-resistant it is, apart from normal wear and tear.

The phone comes with a pair of stereo speakers, but the sound is lopsided with the bottom-firing speaker being the louder one of the lot. For watching YouTube videos this is fine, but I wouldn’t want to watch movies or listen to music with this setup.

The software situation with the OnePlus 9RT is also not ideal. The company meant to launch it with Android 12-based ColorOS 12. But given the software hiccups with the 9 series, it’s stuck with Android 11-based OxygenOS 11.3. And there’s no definitive timeline on when it’ll receive an upgrade. That means you’re missing out on some interesting features present on the other models, like 3D icons and air gestures for hands-free controls.

Squinting through the spec sheet

A display with a 120Hz refresh rate is a norm in the Android world rather than an anomaly. To know your screen’s refresh rate, check out our guide.

But is it useful everywhere? It’s great when I am scrolling through my timeline on Twitter, or quickly want to go through emails on Gmail. But all phone makers claim that it’s great for playing games at 120fps. Sounds like fun.

The catch is that the phone switches to 60Hz while playing certain titles — even if they’re capable of running at 120fps. Case in point: Pokemon Go and Alto’s Odyssey. Both are well-known games that are said to support high refresh rates, and I find it strange that there’s no 120fps support for them.

The company’s response was only “mainstream apps/games are optimized for 120Hz.” I am not sure how the firm decides what counts as a mainstream game.

The OnePlus 9RT also has a touch response rate of up to 600MHz. And while we don’t need that in every scenario, it’s hard for me to tell when it is switched on. Ideally, I’d like to have it on the camera UI for focus and quick capture. But there’s no way to be sure it’s working.

In its promo video, OnePlus shows it works for gaming. The question is the same: what titles? Will it work for a simple clicker game, which is about simply tapping on the screen for 30 seconds to get a high score?

The 9RT has a new feature called the Tri-eSport Wi-Fi antenna system, which means there’s an extra antenna apart from the standard two to reduce latency during gaming and calls. OnePlus claims this trio of antennas will perform “network switches to maximize reception when playing games and on calls, as well as improving Wi-Fi connection speeds and network stability.”

Sounds pretty good, but I’d love to know in what scenario I would see a difference, and if I require special network hardware in my house to enable this. In my daily usage, and in comparison with an iPhone 12, I didn’t notice a major uptick in network performance.

We’ve asked OnePlus to clarify some of these points, and we’ll update the story if we hear back.

So where does this device stand?

It’s hard to make sense of all this as a consumer, as these devices have almost identical spec sheets. For you, it all depends on how much you want to spend, and if you really care to spend more for a few minor upgrades.

For OnePlus, which hasn’t launched its premium OnePlus 10 Pro in India, it’s a chance to launch a cheaper ‘revamp’ of the OnePlus 9, and lure in customers in a price-sensitive market.

The company was known to release only a few devices per year with well-defined price brackets. But it has now turned into something it wasn’t trying to be. Seems like OnePlus has settled after all.