We knew Microsoft was revamping the design of Office 15 with a sleeker, Metro look, but until now there has been little details available about the impending release. After looking over the screen shots below, I’m slightly taken aback. Microsoft has done an impressive job redesigning the suite, making it quite beautiful without dumbing anything down.

According to The Verge, Word 15 will include a number of features, including a brand new Read Mode that “removes distractions from the user interface, providing easy reading with text that reflows automatically into columns to fit the screen.”

Word 15 will also feature Object Zoom, which allows users to zoom in and out on pictures and objects with a double click (like a touch screen’s double tap), and Expand and Collapse, which “gives you a one-click option to hide or reveal paragraphs under their headings.” 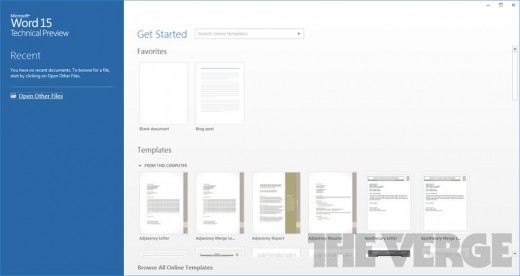 As for Excel 15, Microsoft is reportedly aiming to make visualizing large data sets much easier. Other improvements to Excel should help users find new and better options for representing their data and simplify formatting charts and graphs.

For presentations, PowerPoint 15 really embraces the touch screen, turning it into an instant presentation tool with a default aspect ratio of 16:9 for that “cinematic look.”

As for mail, Outlook 15 is also set for a number of improvements, including a Peeks feature, which allows users to preview their schedule, view contact details and manage tasks within the app. Outlook users will also be able to check the weather before accepting meetings. 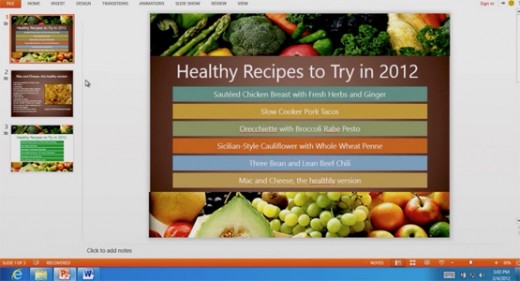 All and all, Office 15 is no simple update. It’s a major revamp that takes the suite in an elegant, yet highly productive direction. The aesthetics are wonderfully minimalist, but the powerful business features haven’t been lost. In fact, they’re probably more accessible now than ever before — and easier to find. 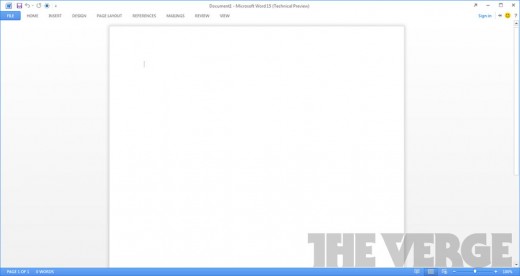