Talk about game-changing: Nvidia just announced the Shield, the world’s first 4K Android TV gaming console, at Game Developers Conference today in San Francisco. The device will be available this May for $199.

Along with the new entertainment system, the company also announced its Grid game-streaming service, which will deliver games on-demand via the cloud at 1080p Full HD resolution and 60 fps.

The Shield console will deliver video, music, and Android apps and games to the living room, powered by Nvidia’s new Tegra X1 processor with 3GB RAM. It can play and capture 4K video content and offers high-resolution 7.1 and 5.1 surround sound output.

The Shield also comes with 16GB of onboard storage, a MicroSD slot for cards up to 128GB, and 5GHz Wi-Fi connectivity. It’s bundled with a wireless controller too.

Several manufacturers have attempted to disrupt the console space with Android-based products, but none have offered the kind of power the Shield does. The 64-bit Tegra X1 processor is capable of running premium titles like Crysis 3, Doom 3, and Borderlands: The Pre-Sequel. More than 50 titles optimized for the console will be available at launch. 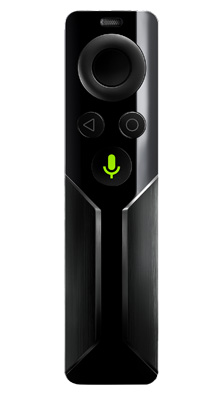 You’ll also be able to use the optional remote to control audio and video playback on the Shield, and even search for new content on Google Play using your voice, thanks to the built-in mic.

At this price, the Shield could offer serious competition to the Xbox One and PlayStation 4, which retail at over $300 each. Naturally, the range of content available will play a huge role in determining the Shield’s success, but Nvidia already has an impressive line-up of titles and partnerships with top studios and publishers like id Software, Capcom and CDProjekt to expand it.

It’s also a solid gaming-focused alternative to the Nexus Player. While Google’s entertainment system comes with a controller and starts at half the price of the Shield, it simply can’t compete in terms of specs, and lacks the Grid streaming service which will find favor with serious gamers on a budget.

With the Shield console, Nvidia might truly become a force to reckon with in the living room.