Nothing gets the Yanks riled up quite like when another country is doing something better than they are.

General Motors played into that trope with its latest commercial by showing off how much better Norway is at doing EVs than the US is.

It comes across more as a call to arms for the US to take the electric vehicle fight to Norway, but really, it’s just a cleverly disguised advert showing off key GM EVs, that are still some years away from sale.

It also had Will Ferrell in it, people seemed pretty pumped about that. Of course, it was a hoot and a half, it’s just Ferrell being Ferrell, doing Ferrell things. It’s clever, and it’s fun. If you haven’t seen it check it out below:

Okay, Will Ferrell is funny, but what’s the actual context? Well, Norway now sells more electric vehicles than it does combustion engine equivalents. Think about that, more than 50% of new vehicles sold are electric. In the US that figure is still under 5%.

It’s a rare occurrence, but in this instance, the US is very much the underdog in the fight. Even though GM does a good job of making it seem otherwise, the American car giant doesn’t just have an ocean to cross to beat Norway, it’s got to climb from the depths of the Mariana Trench to the top of Mt. Everest if it’s to catch up with Norway.

For exactly that reason, Norway isn’t bothered in the slightest, but it does seem bemused and entertained by Ferrell’s challenge. It’s welcoming the competition, and sending its own messages back to the US, shrugging off and welcoming America’s efforts.

Norwegian university, Universitetet i Agder, made an “apology,” in an attempt to repair Norwegian-American relations. It also made a series of other humble brags about other cool stuff Norway has that the US doesn’t like healthcare, a year-long paid maternity leave, and free education. They had to get political didn’t they.

Check out the university’s rebuttal below.

Easee, a Norway-based company that makes electric car chargers also muscled in on the opportunity to piggy-back on the interest sparked by GM.

Apparently, Easee has installed an EV charger just for Will Ferrell! How considerate, even if it does seem to be in the middle of a frozen lake.

Once Will Ferrell figures out how to get to Norway, because his geography is terrible, and he’s currently stranded in Sweden, at least he’s got somewhere to plug in his General Motors EV that doesn’t even exist yet.

On that point of Will Ferrell’s terrible geography, Norwegian tourist board, Visit Norway, decided it would give him a helping hand and rally a bunch of children to teach him about where stuff is in the Nordics.

The youngsters even throw down the gauntlet and challenge Will Ferrell to a mackerel slapping contest. I’m not sure what that is, but it doesn’t sound like something a Hollywood celebrity should engage in.

Of course, carmakers also took the opportunity to throw some shade at GM and Ferrell.

In a three-part series of bizarre videos, Audi’s Norwegian arm sought to set the record straight for Ferrell and his cronies. Links to each video are here, here, and here. But I’ll share just one, which is by far the weirdest of the lot.

In it, you’ll see Tormund Giantsbane — yup, the red-haired dude from Game of Thrones — tell Will Ferrell that love is not the answer, but that Norway will meet his fight, with a slap in the face, not with mackerel but with a salmon. You have to see it to believe it.

Y’know, there’s been so much noise in response to GM’s advert, and it’s all happened so fast, it’s as if the whole thing was planned that way. Or maybe EV marketing is just getting that good?

Either way, it looks like it’s got EVs in front of more eyes than any ad campaign to date — and I’m all for it. 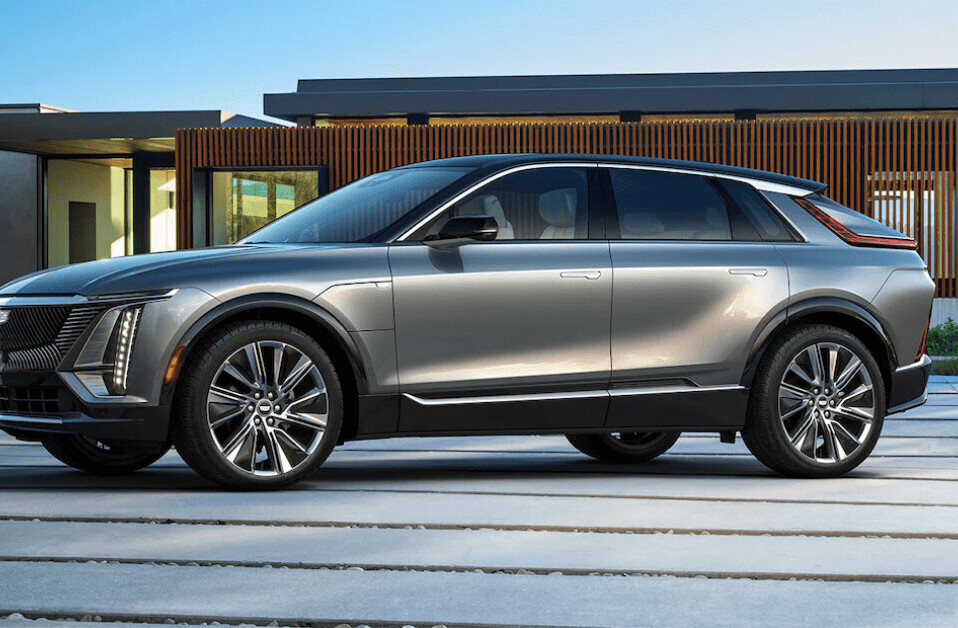