Nokia has announced two new mobile phones today, the 206 and Asha 205, as well as a new content-sharing feature that uses Bluetooth to send photos and videos almost instantaneously.

The Asha 205 will be available as a dual SIM and single SIM device, with a full tactile QWERTY keyboard and a dedicated button for browsing Facebook. It only supports 2G mobile networks (so no 3G or WiFi connectivity) but the battery boasts up to 37 days of standby time for the single SIM, as well as 25 days for for the dual SIM version.

The new handset also features Nokia’s Easy Swap technology, which means users can check their coverage across multiple SIM cards and also switch between them without having to restart the handset. On the dual SIM version, the primary card is kept in the back behind the battery, but the second is accessible via a small door in the side of the handset.

Tickets for TNW2022 are available now!

The Asha 205 supports expandable storage of up to 32GB through a microSD card, and continues to use many of the hallmark features found in Nokia’s Series 40 operating system, such as native Facebook and Twitter apps, the company’s eBuddy Chat and support for popular email accounts such as Gmail.

Nokia says the Asha 205 is aimed at the “younger, urban, very social consumers” who live in “many of the larger cities found in many of the emerging markets”. To this effect, the company is continuing its partnership with EA, allowing users to download up to 40 free video games including Need for Speed, Medal of Honor and FIFA. The Asha 205 also supports the company’s free Life+ web app, which provides information relating to education, health and ‘infotainment’.

The new device will be produced in three seperate colour combinations, which utilise some of the incredibly bright hues found in the company’s Lumia range. They include cyan and black, white and yellow, and pink and magenta.

The 206, on the other hand, feels like a bit of a homage to the devices that Nokia was producing almost a decade ago. While it sports the outlandish “fabula” design colors used in the company’s current smartphone lineup, it’s also been built like a tank and features a classic alphanumeric keypad.

The 206 will be available as both a single SIM and dual SIM handset, offering up to 47 days of standby time on the single card version and up to 28 days on the dual SIM version. That’s some pretty significant battery life, emphasizing its strengths as a reliable and durable device for basic calls and internet use.

The feature phone uses a 2.4” display, which feels substantial given the size of the device, and a 1.3 megapixel camera. It also comes with eBuddy Chat and WhatsApp, although the latter is compatible with only the single SIM version.

Both the 206 and Asha 205 will use the Nokia Xpress browser, which incorporates the firm’s cloud technology to reduce data consumption by up to 90 percent. It’s a useful feature for consumers who frequently use a 2G connection, or have a mobile phone contract with a low data allowance. The browser also supports more than 10,000 web apps, such as Nokia Nearby, to give the Series 40 platform some greater functionality.

The two devices will set you back roughly $62 each and will be shipped to most international markets in the final quarter of 2012. A spokesperson for Nokia has confirmed, however, that the device will be launching in India, Nigeria and Indonesia first.

Nokia has also announced a new content sharing feature called ‘Slam’ today. The service allows users to share photos, music and video using a Bluetooth connection. There’s no need to pair devices, search for devices or even ensure that the other person has Slam installed. Just find the content, tap through a couple of menus and sit back as Slam shares it with the nearest Bluetooh-enabled device. How does it get around the pairing issue? Well, it will automatically share the content with the closest mobile phone that has Bluetooth turned on, so just make sure no unintended recipient is close by…

Available on both the 206 and Asha 205, Slam looks like a fast, simple and quick workaround that should help users avoid eating into their data allowance when they want to share a quick camera snap.

The Asha range was launched last year alongside the Lumia, where Nokia’s Steven Elop described it as an aspirational range for emerging markets. The Asha 205 looks well equipped to continue that trend, while the 206 fills the need for a new, more exciting feature phone. 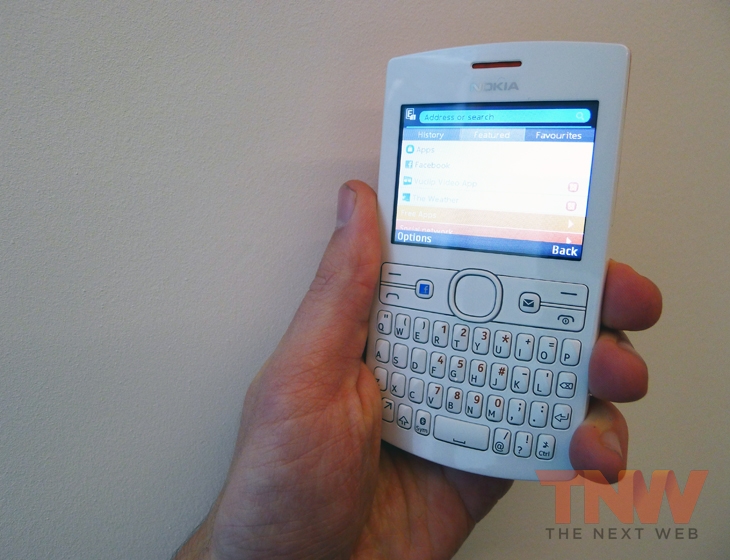 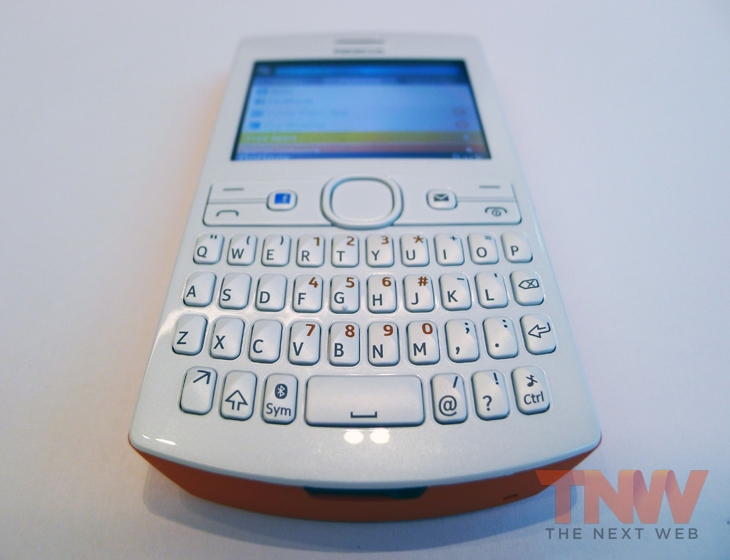 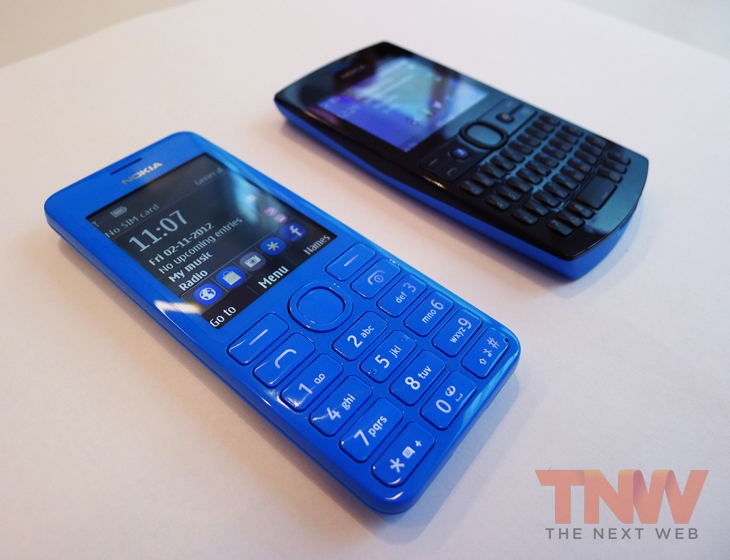 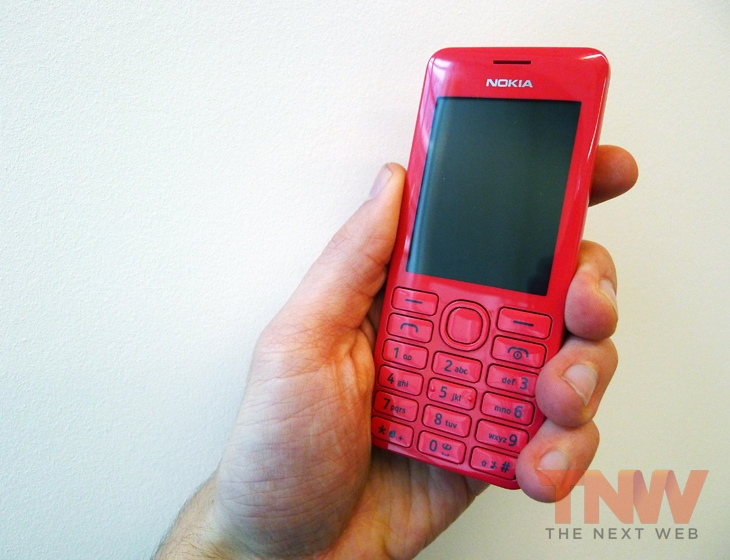 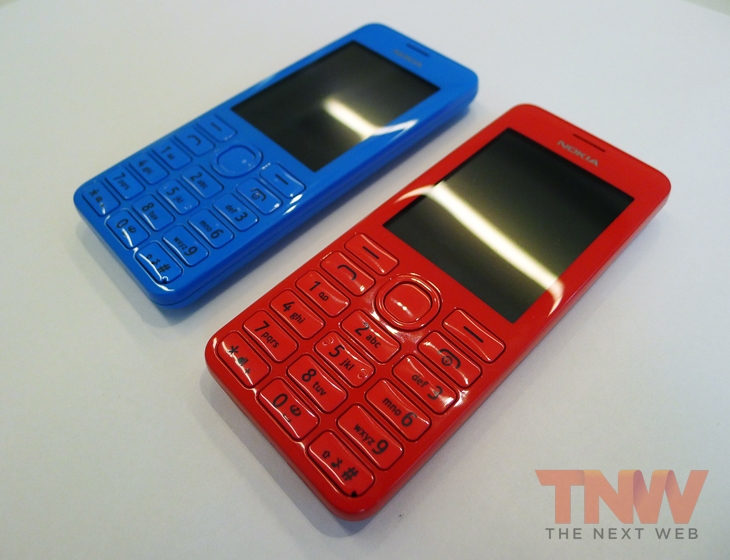 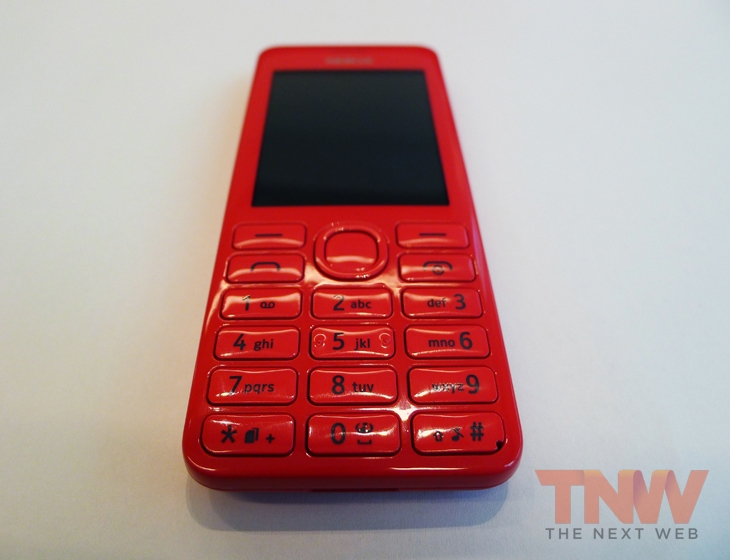 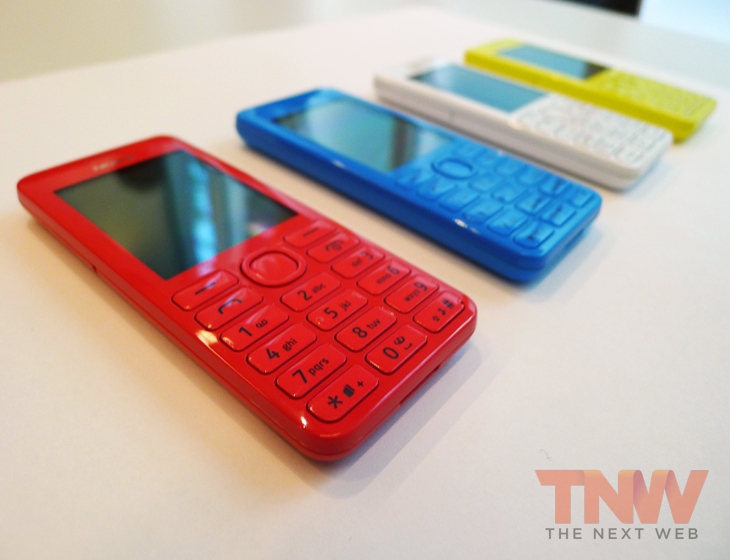 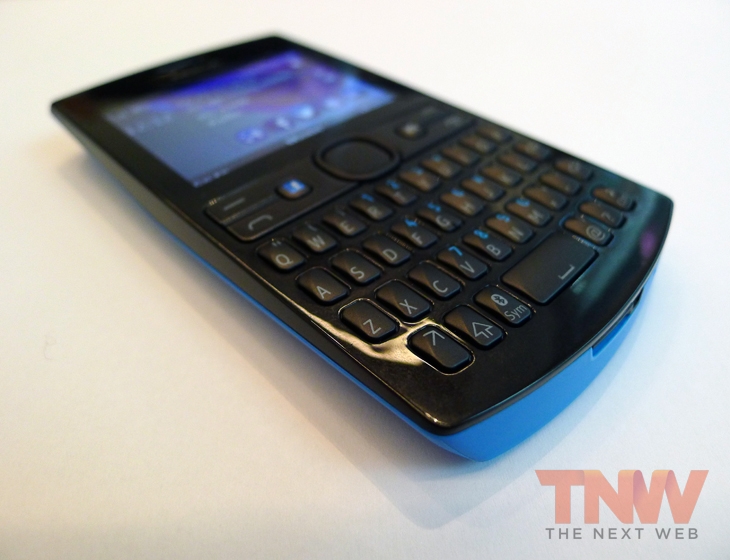 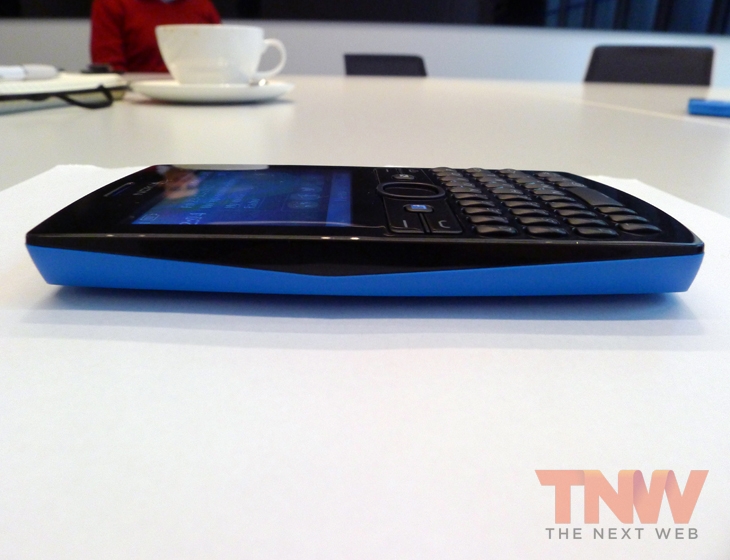 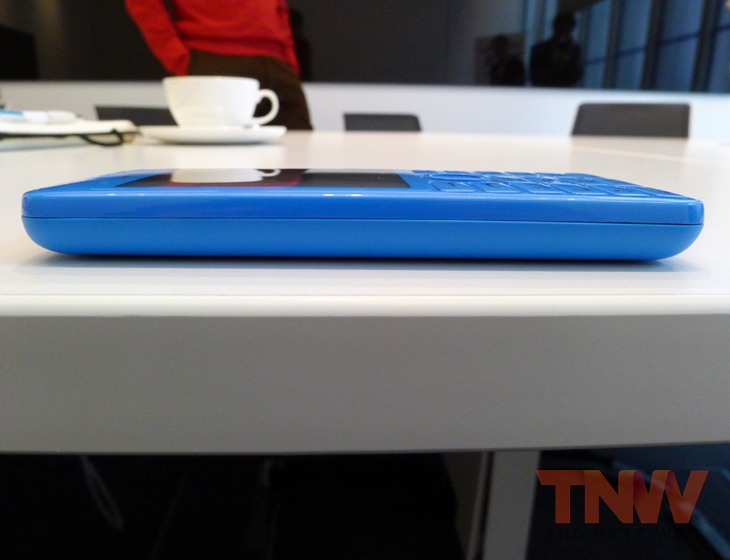 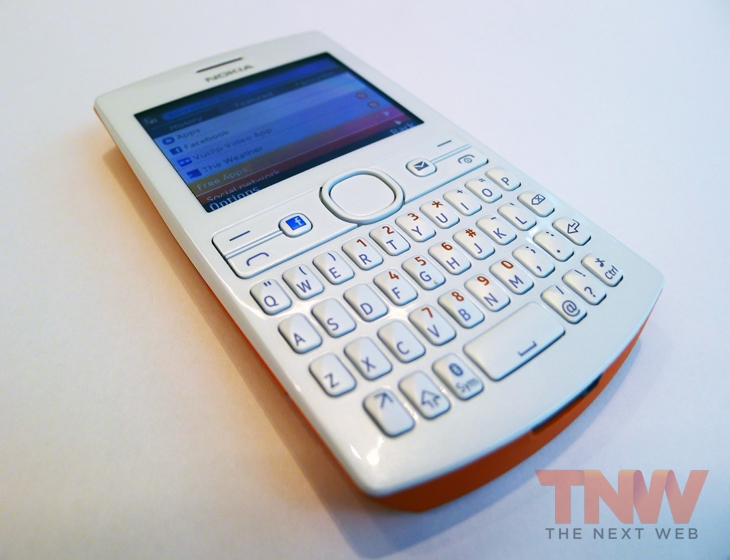 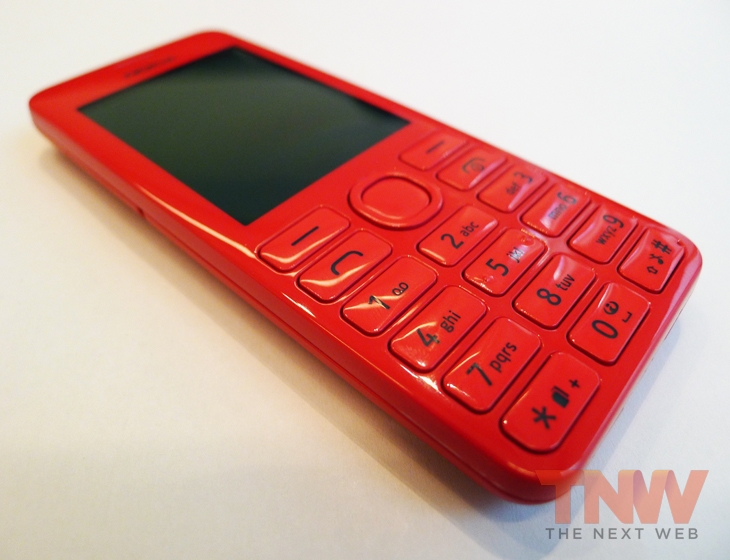 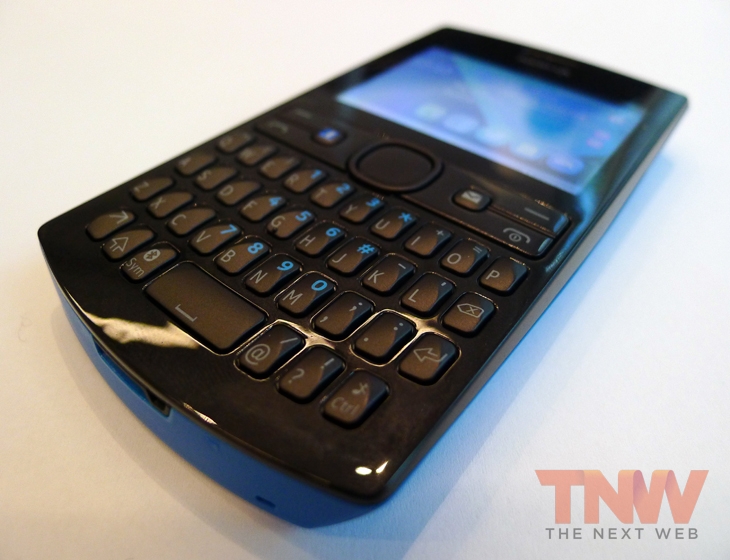