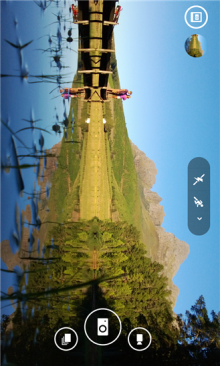 The Nokia Camera app, which combines some of the features of its Pro Camera and Smart Camera apps, is now available to download from the Windows Phone store.

The app includes options like quick access to sport or night mode, as well as a full manual mode for precision control over shutter speed, ISO, white balance, focus and exposure. It also includes Nokia’s Smart camera mode which allows users to take sequences of photos that can be altered after the fact to emphasise (or remove) things like movement or to allow you to choose the best snap of the bunch.

Released today, the app follows hot on the heels of a raft of announcements from Nokia’s Abu Dhabi launch event and brings some of Nokia’s newer photo options to some of its slightly older devices, like the Lumia 1020, Lumia 925 and Lumia 920.