This week, a Medium post caused a bit of a kerfuffle in the developer community. The guy behind Emojitracker, Mathew Rothenberg, noted his access to a Twitter API was being discontinued.

Except it wasn’t. Here’s what really happened.

I spoke with Twitter about the Medium post, and it tells me the email Rothenberg received was similar to the same any developer with access to the API receives from time to time. In those emails, Twitter encourages developers to touch base and discuss if the access they have is right for their needs.

I say ‘similar’ to emails others receive because in an odd twist of fate, Emojitracker — which everyone loves internally at Twitter — had no information on file with Twitter. Those emails are meant as a way for Twitter to both touch base with developers, and make sure nobody is using the API to do anything nefarious like scrape personal data.

Without knowledge of whom it was reaching out to, Twitter’s email lacked details like the current access level the service has, options to communicate with Twitter or what may be available for its use-case.

That is the type of email Twitter’s Global Head of Developer Relations Prashant Sridharan was referencing in a Hacker News comment.

Medium is a great forum for sharing ideas, but Rothenberg’s post was made before he was able to reach anyone at Twitter.

Though it’s easy to see how he could draw conclusions that Emojitracker was being shut off from Twitter’s API based on the email he received, the underlying reality is that the lack of information Twitter had about Rothenberg and Emojitracker caused a bit of awkwardness.

In Rothenberg’s case, his email blindly stated his elevated access to the API was being cut off — because Twitter doesn’t have many accessing its API on an elevated status. Most cases either need the ‘regular’ API or Gnip data.

If you start framing the pieces of the puzzle — no company data on file, elevated access that isn’t typically offered and disjointed communiqué — it’s easy to see how it paints a picture of confusion.

After the Medium post, many wondered if Twitter’s developer efforts were questionable.

Twitter itself didn’t quite know what was going on until it was made aware of the post and connected the dots that ’n/a’ was almost definitely Emojitracker. After reaching out to Rothenberg, Twitter is still in a bit of a gray area, but not for the same reasons.

Emojitracker exists in a middle ground for API access to Twitter; it needs a bit more than the basic API offers, but not quite enough to warrant paying for Gnip.

Happily, a Twitter spokesperson told me they have no intentions of restricting Emojitrackers access in any way; they’re just trying to figure out how to facilitate its needs moving forward, and finding the right solution.

Emojitracker is exactly the kind of service Twitter likes to see accessing its data; it’s weird, cool and doesn’t do anything strange or suspect with data. It’s just neat.

Twitter is committed to helping Rothenberg keep Emojitracker around if he wants to continue the project. While Twitter agreed the email sent to Rothenberg was oddly worded and disjointed, it was also relieved to find Emojitracker — a service it really likes — was on the other end of the correspondence.

So no, Twitter isn’t a bad actor in this circumstance. It was an unfortunate series of events that led to the old guard claiming Twitter was trying to screw developers over again.

And to be quite honest — we’re past all of that.

Twitter is currently working with Rothenberg on finding the right solution for Emojitracker. Once they find it, we’ll be sure to update you. 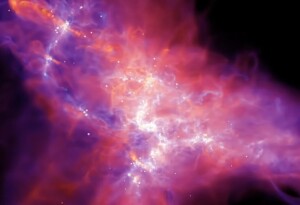