MIT’s Robust Robotics Group is not shy when it comes to a challenge. Its latest experiments are taking on  the development of autonomous-control algorithms for the indoor flight of GPS-denied airplanes.

You have to admit, for the average Joe, taking a remote-controlled plane for a walk in the sky is tricky. Creating autonomous control, with GPS guidance? Seriously impressive.

The algorithm was first described by the group in 2011 and presented in 2012 at the IEEE International Conference on Robotics and Automation (ICRA). (Called IEEE because that’s the sound we make when we see cool robots – kidding.)

Now the team has successfully completed a round of test flights in which an autonomous robotic plane running their state-estimation algorithm threaded its way among pillars in the parking garage under MIT’s Stata Center.

We’ve seen some impressive work done with autonomous helicopter flight, but the group found a plane more appealing for a number of reasons. “The reason that we switched from the helicopter to the fixed-wing vehicle is that the fixed-wing vehicle is a more complicated and interesting problem, but also that it has a much longer flight time,” says Nick Roy, an associate professor of aeronautics and astronautics and head of the Robust Robotics Group.

“The helicopter is working very hard just to keep itself in the air, and we wanted to be able to fly longer distances for longer periods of time. With the plane, the problem is more complicated because “it’s going much faster, and it can’t do arbitrary motions,” Roy says. “They can’t go sideways, they can’t hover, they have a stall speed.”

Naturally there’s a truckload of mind-melting math and calculation behind making this puppy fly so beautifully. For more information, check out the MIT release here. If you’re just satisfied being awed by flying robots of course, you can check out the video below. 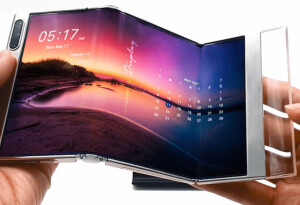