Last year, Malcolm Gladwell wrote an article in the New Yorker called “Small Change,” drawing a distinction between traditional activism and its online variant. He argued that our modern forms of social media can not lead to high-risk activism.

“The evangelists of social media don’t understand this distinction,” he writes, “They seem to believe that a Facebook friend is the same as a real friend and that signing up for a donor registry in Silicon Valley today is activism in the same sense as sitting at a segregated lunch counter in Greensboro in 1960.”

One year later and quite a lot has changed. Whether it’s Twitter and YouTube’s influence in the Middle East or local startups like Charity Water and Catchafire making social good trendy, we’ve seen that organizations on the Web can have a tremendous amount of power to create positive change. In two weeks, we’ll be hosting an event titled “Rethinking Social Entrepreneurship” with General Assembly and Good Karma. 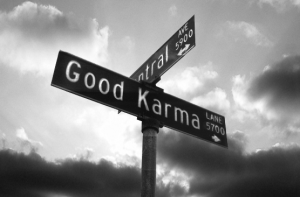 The event will feature a roundtable discussion with leaders from New York City’s startup, nonprofit, and investment communities. The discussion will be moderated by Chris Bliss, co-founder of Good Karma, who recently wrote a piece titled Giving Ain’t Easy, But it Should Be.

“Social entrepreneurs and progressive companies tend to get overlooked in the freneticism and hype of tech startups,” says Chris Bliss, who’s moderating the event panel. “We want to highlight who they are and what they’re doing, as well as take a critical approach to what it means to ‘do good.'”