In just a week, Google will shut the door on Reader forever. But now a local reader alternative is coming back with a vengeance and, eventually, with syncing between Mac, iPhone and iPad.

It’s called NetNewsWire 4 and you may have heard of it. That’s because it basically created the standard for news readers on the desktop computer when it was introduced in 2002 by its creator Brent Simmons. Simmons was then hired on by NewsGator when it bought NetNewsWire in 2005, left to found Sepia Labs, the makers of Glassboard. More recently, Simmons went indie again with the release of the Vesper notes app directed by John Gruber and designed by Dave Wiskus.

The app was acquired by Black Pixel in 2011, and the firm set about rebuilding it as a client for the Mac and iOS.

In the wake of the announcement that Google Reader is done for, the lack of a modern, updated NetNewsWire for Apple’s various devices has become even more of a thorn.

The new NetNewsWire is as good a reader experience as any I’ve tried lately. There aren’t a ton of bells and whistles, but it’s fast, and the article rendering is sure handed and superb. The basic keyboard shortcuts are all here, letting you zip through articles as fast as you like. The interface is patterned around the relatively monochromatic scheme used by Mountain Lion’s Finder sidebar.

Sharing options allow you to send articles out via email, Twitter, Facebook or save them to Instapaper for reading later. Support for other read-later services like Pocket will be welcome, but I’m sure they’ll come as the beta evolves. You can, of course, download your Google Reader feeds to get you started, or NetNewsWire has a list of suggested sites and feeds that you can subscribe to.

One of the nicer options for article reading is the ability to keep multiple items open in their own ‘tabs’, which adds to the staid ‘one piece at a time’ model that most readers still honor. You can also bookmark anything from articles to sites as your favorites to find easily later, and all of those items can be searched.

The first version of NetNewsWire that’s being released today is in open beta. This means that anyone can download it in order to give Black Pixel the feedback they’ll need to refine it. The trial period will be extended outwards until it’s time to ship the full version.

I asked Black Pixel founder Daniel Pasco if the timing was about the Google Reader cutoff and he said yes, absolutely. Launching a lighter-featured version now allows people to download their Reader archives and feeds and have a nice local repository for those until the firm can get the iPhone and iPad versions fit to ship. 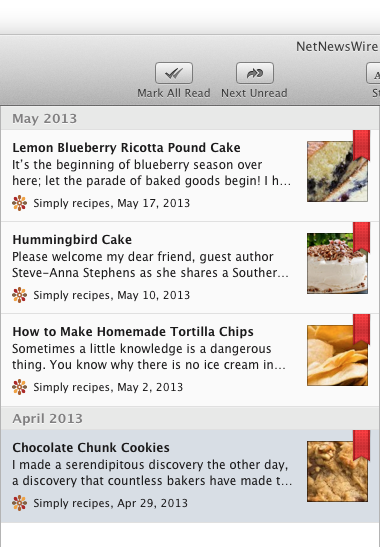 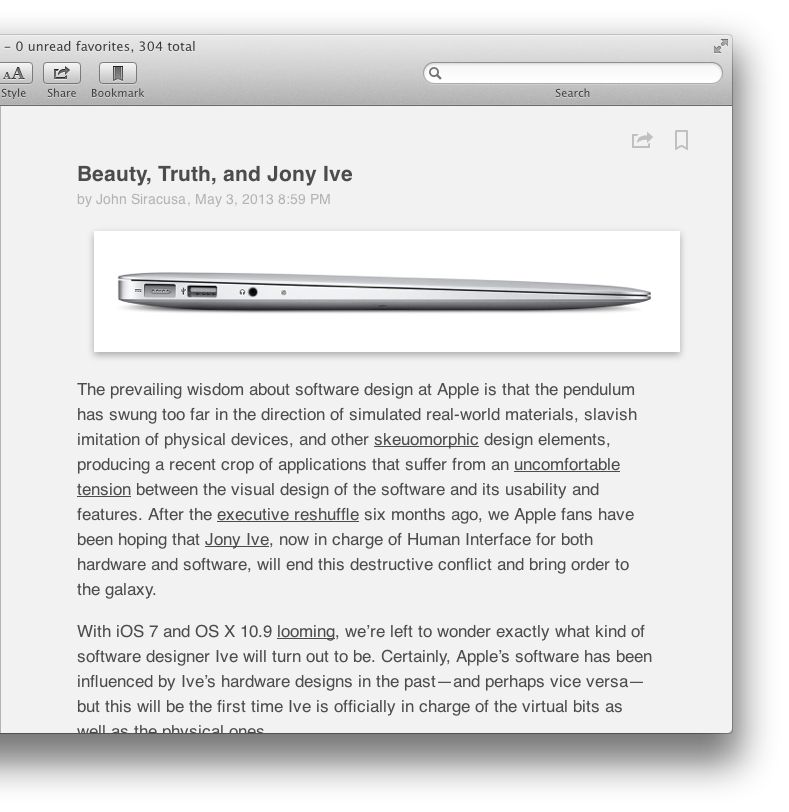 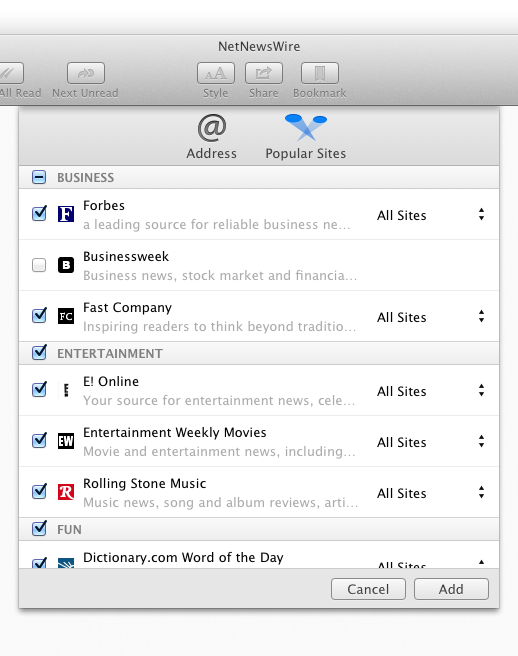 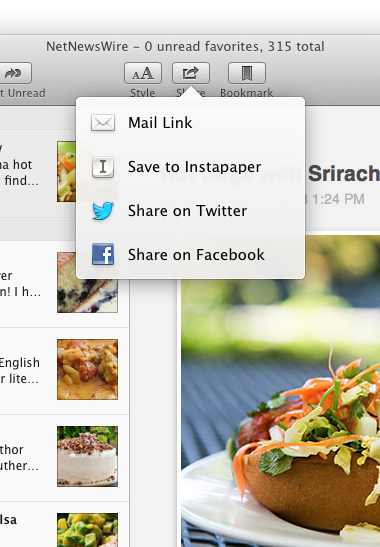 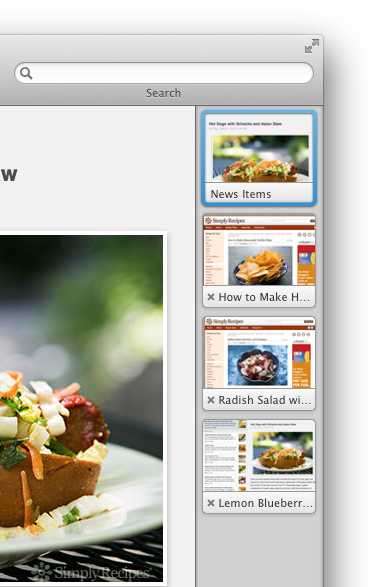 Along with those other versions will come sync, something that has been a bit of a hot button topic since Pasco opened up about how rough the Core Data component of Apple’s iCloud was for developers. In that post he notes that they spent a year trying to get iCloud to work properly before deciding to drop it and build their own solution. That new solution, which they aren’t talking about yet, is what the sync for NetNewsWire for Mac, iPhone and iPad will use to communicate with one another.

Users can pre-order NetNewsWire now for half off the regular price or simply keep using the open beta releases as they come free of charge for now.

Yes, this latest version of NetNewsWire isn’t as feature rich as, say NNW 3, but it’s definitely more robust than the last official ‘lite’ version. It’s also a very capable local RSS reader and aggregator that does not require Google Reader to function and store your items.

Of course, the landscape is a lot different now than it was back in 2011. There are cross-platform competitors like Reeder, which have embraced the single-to-multi-column interfaces of apps like Tweetie or Tweetbot. NetNewsWire, which essentially defined the RSS reader breed, has its work cut out for it if it wants to not only compete but become that gold standard again.

It will be interesting to see how NNW evolves over this beta period, and how well the iOS versions of the app stack up — and sync — when compared to its successors.

You can download the beta of NetNewsWire for Mac now.

Note: If the site isn’t up for you just try back in a bit as it switches over to the new design.