After a slow start, Apple customers are beginning to adopt the company’s new iOS 8 platform in larger numbers. 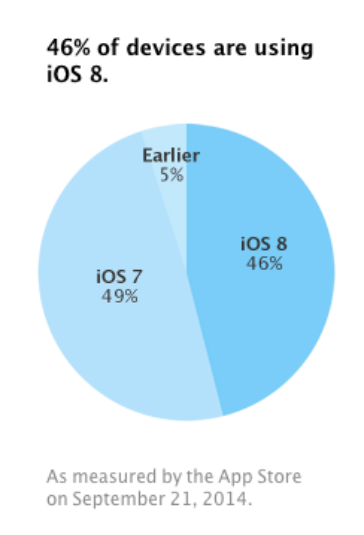 The US company updated its App Store Distribution page today to show that nearly half (46 percent) of users who visited the Apple Store on September 21 were using the week-old operating system.

A number of third party tracking sites found that the early numbers of iOS 8 installs were lower than that of iOS 7 at the same stage last year.

That could be down to the sheer demand for the new platform, which Apple CEO Tim Cook says is the most revolutionary change Apple has taken with its operating system.