This article was published on November 27, 2014

We’ve written about Musixmatch before, a company that provides millions of officially licensed lyrics via its API. And now, following in the footsteps of its launch on iOS and Android way back in 2011, the service is open on the Web too.

Musixmatch says its daily number of users have shot from 4 million to more than 10 million globally in less than a year, with app downloads totalling 30 million. The app basically scans a user’s digital music library and playlists, and displays the lyrics accordingly. As this is an officially licensed service, with deals in place with all the major publishers thousands of indies, revenue is also directed back to rights holders.

Via the new website, users can discuss specific songs, search for lyrics, contribute to existing lyrics and even translate them. You can view lyrics in a standalone list-style format, or sync with the song itself with a YouTube video of the music – for this you’ll need to create an account and sign in, however. 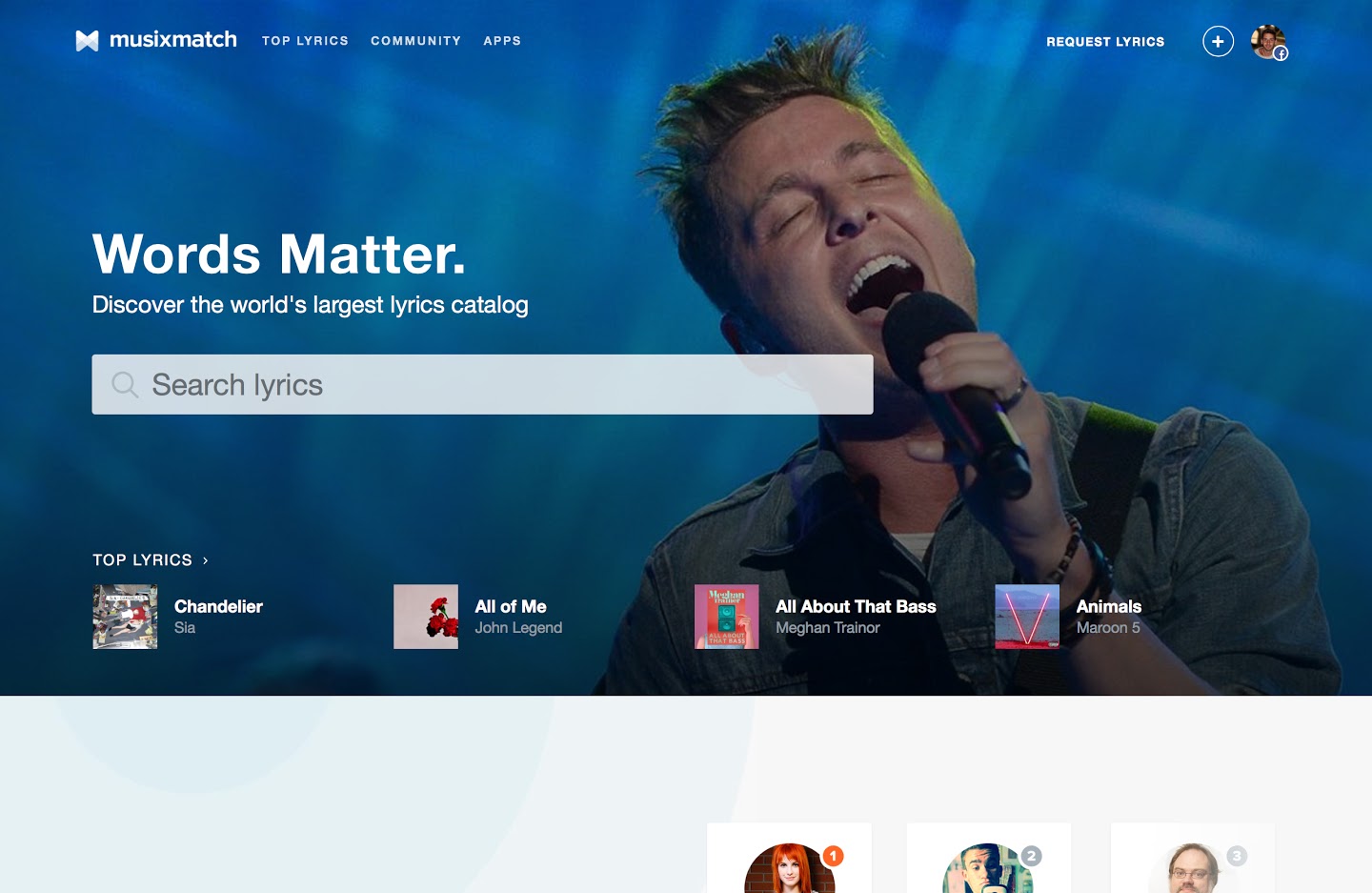 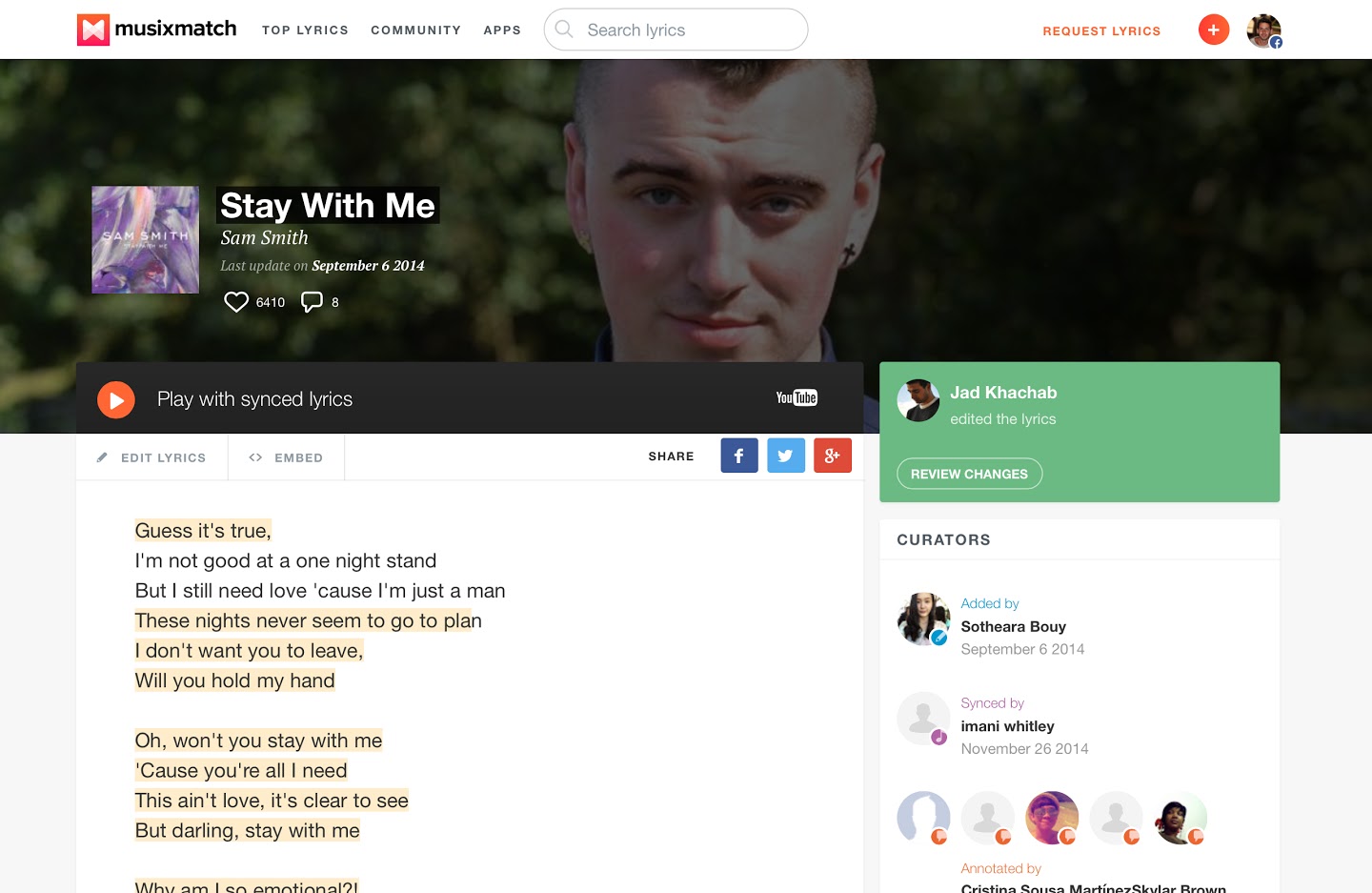 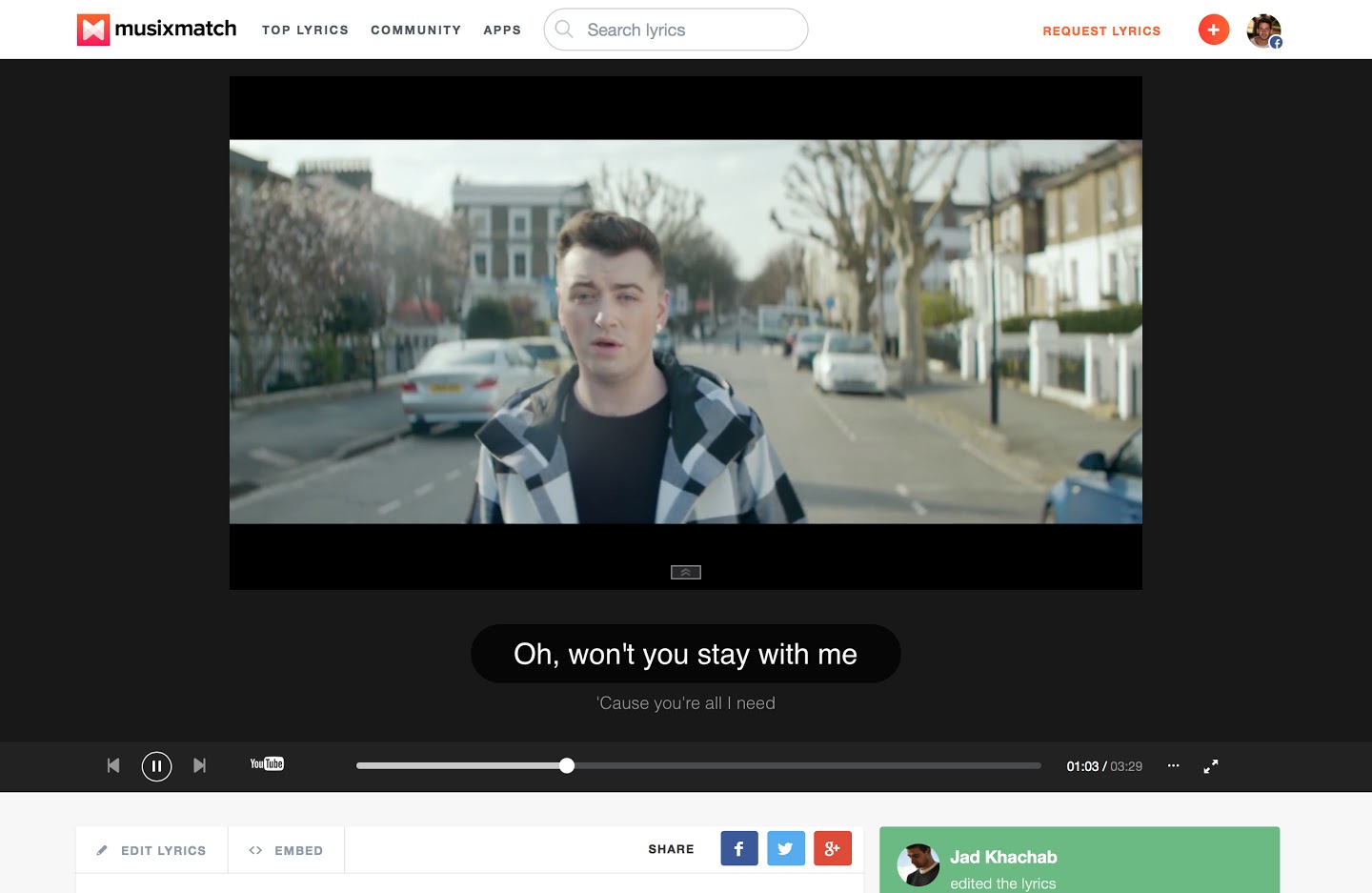 In addition to its mobile and Web app, Musixmatch also has an app for Spotify, Chromecast and Google Nexus Player TV.

Song lyrics are actually one of the most commonly searched items on the internet, so it makes sense that Musixmatch would finally arrive with a Web-based entity.