There’s healthy competition brewing between services offering developers the ability to add Shazam-style music identification to their apps. We recently reported on the launch of Echoprint, and now Germany’s BACH Technology is launching its MusicDNA ID service.

Following in the footsteps of BACH’s audio file format of the same name, MusicDNA ID is set to offer an audio identification service that is cheaper fro developers than Shazam, and with more features than Echoprint.

MusicDNA ID is launching with a database of over 8 million songs, substantially less than Echoprint’s 13 million although BACH says that its library is growing daily and that it will have matched that figure by the end of this year. Identification is made within 10 seconds of a track playing

Unlike Echoprint, however, more information is returned beyond the artist name and song title. Data such as genre, tempo, mood and instrument can be called, opening the door to some interesting possibilities for imaginative app developers. BACH is aiming wide in terms of a target audience for the technology, suggesting that independent developers, media companies and even hardware manufacturers may want to get involved. Potential uses include Shazam-style mobile apps; a hardware feature for car stereos and the like; media monitoring; apps for inserting correct metadata into users’ music files; video games, and more.

As a demo for the technology, BACH has launched apps for Facebook and iOS which can identify music from your computer or iDevice’s microphone. The iPhone and iPad version (iPad screenshot below) returns additional data about songs’ genre, mood, colour and percussiveness. 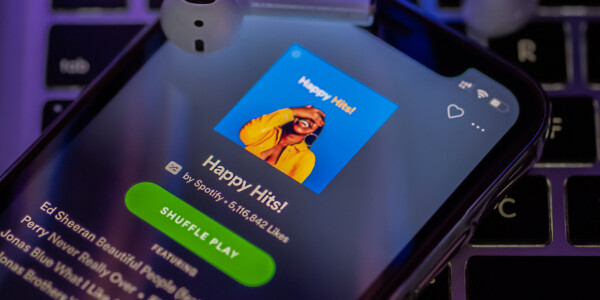