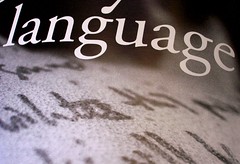 The European Union has announced that it is to inject EUR 2.4 million into MONNETT, a multi-lingual internet project, to open up access to internet information across a range of languages.

The MONNETT project – Multilingual ontologies for networked knowledge – is being co-ordinated by the Universidad Politécnica de Madrid in Spain and will meet the needs of governments and businesses in making full use of the Internet’s power to disseminate information.

So whilst MONNETT is an an EU funded and co-ordinated project, many developing nations around the world are likely to benefit from the initiative.

Technology partners include SAP and XBRL as well as Be Informed – a Netherlands based company focused on opening up multi-lingual access to information and public services offered by the Dutch government.

Universities from across the European Union are also engaged in the project.