Exactly six months after it launched the Moto G, Motorola has returned with its first post-Google smartphone called the Moto E. Its previous handset challenged the definition of a mid-range device and now, Motorola is hoping to do the same at the low-end of the market.

The Moto E represents a crossroads for the mobile phone industry. Feature phones are now ludicrously cheap, but their days are numbered as low-end smartphones drop in price. The Moto E is an attempt by Motorola to close what’s left of the gap – its new ‘Goodbye Dumphone‘ site makes its stance pretty clear.

The Moto E is all about compromises. The mid-range Moto G was a brilliant handset (our review was unequivocally positive) so Motorola’s challenge was to protect the majority of hose features while hitting a lower price-point.

At first glance, it’s easy to see where Motorola has cut corners. The Moto E retains the basic shape and design cues of its predecessor, but the concessions are clear. The device is a little chunky, with a noticeable chin underneath the screen. The new 4.3-inch qHD display is fairly unremarkable, with poor viewing angles and only serviceable brightness levels.

Considering its $129 price-tag though, the Moto E is an impressive feat of engineering. The device snuggles into your hand and the recessed logo is still the perfect place to rest your index finger. While not luxurious, the Moto E is an attractive piece of hardware – especially when you compare it with other low-end Android smartphones on the market.

The Moto G was a surprisingly competent performer, but unfortunately the Moto E doesn’t quite stack up. The dual-core 1.2GHz Snapdragon 200 processor, coupled with 1GB of RAM simply isn’t enough to handle intensive tasks on Google’s mobile operating system. Apps were noticeably slow to launch and the interface just wasn’t as fast or fluid as I had hoped.

The handset does run the latest version of Android though (4.4.2), and Motorola has promised at least one software update in the future. The experience is almost identical to “stock” Android, with only a handful of tweaks and exclusive apps layered on top. The reserved approach helps the handset from a performance standpoint, but it’s still a hefty step-down from the Moto G.

I’m nitpicking though. The lag is certainly manageable and it’s never enough to derail the Android experience entirely. For the first-time smartphone buyer, the Moto E is capable and proficient.

The major downside of the Moto G was its disappointing 5-megapixel rear-facing camera. Given the low-end spec sheet of the Moto E, it should come as no surprise that its photographic capabilities are roughly similar.

I only took a few shots in the Motorola demo area, but those initial images were underwhelming. The files lacked vibrance, contrast and detail, particularly if you zoom in for a closer look at your subject. A lacklustre camera is common for low-end smartphones, although in perfect lighting conditions the Moto E could be slightly more capable.

Also, the device doesn’t have a front-facing camera. So if you’re a selfie addict, or enjoy video calls through apps such as Skype, LINE and Google Hangouts, you’ll have to look elsewhere.

The Moto G was a no-brainer, but the Moto E is a trickier proposition. In its attempt to reach a bargain basement price tag, Motorola has made a number of notable concessions. Based on my initial impressions, I believe the Moto G represents better value for money. For an extra $50, you’ll get better performance, a front-facing camera and superior industrial design.

Of course, the Moto E only costs $129 off-contract. For its target market – the first-time smartphone buyer – that extra $50 could be too much. For instance, if you’re buying multiple handsets for everyone in your family, $50 is almost half of another Moto E. Across a handful of devices, that really stacks up.

I wasn’t blown away by the Moto E. Nor do I think it’s going to redefine the low-end market like the Moto G did for the mid-range segment. Nevertheless, it’s a competent device that will only strengthen Motorola’s refreshed smartphone portfolio. 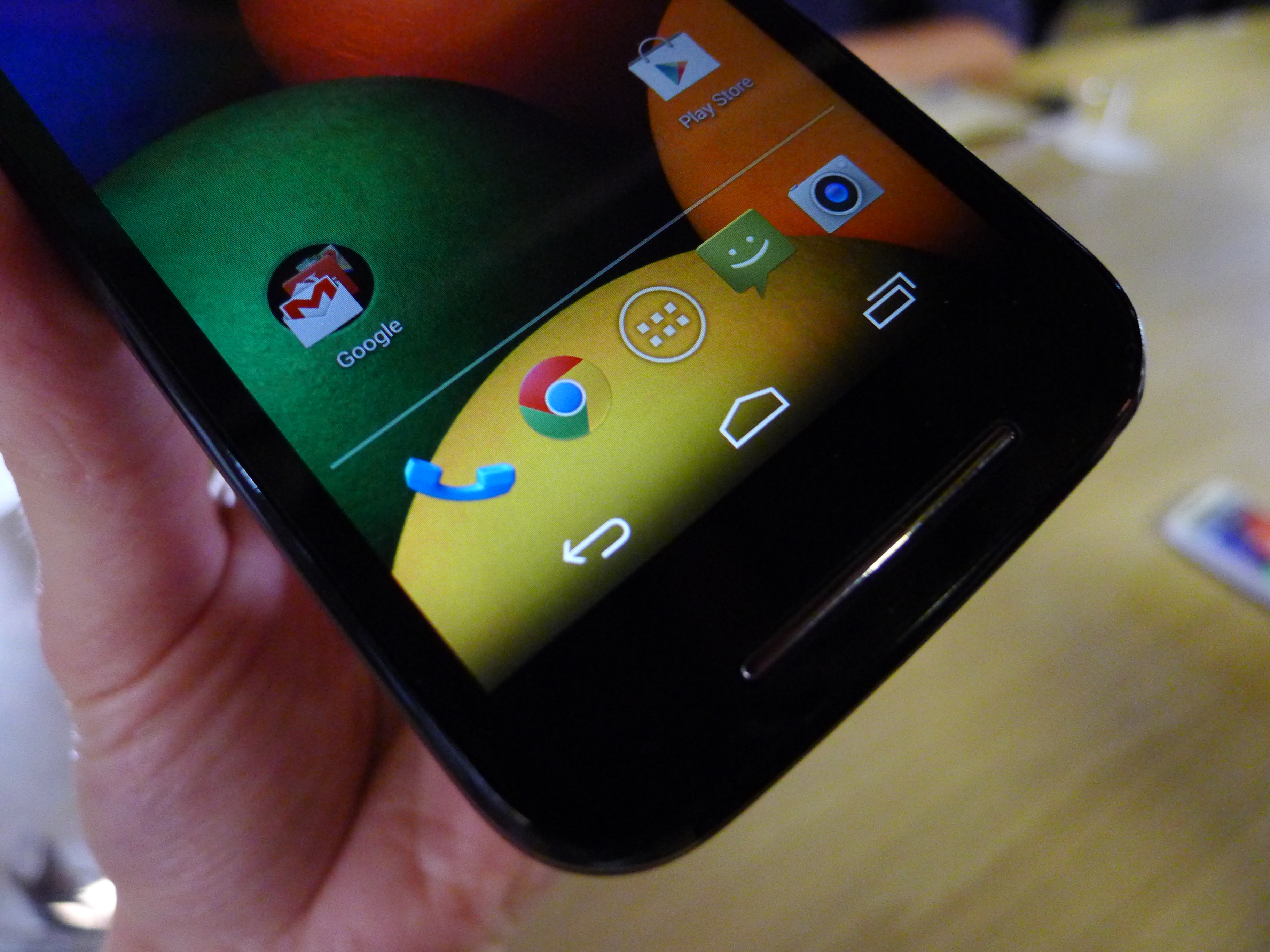 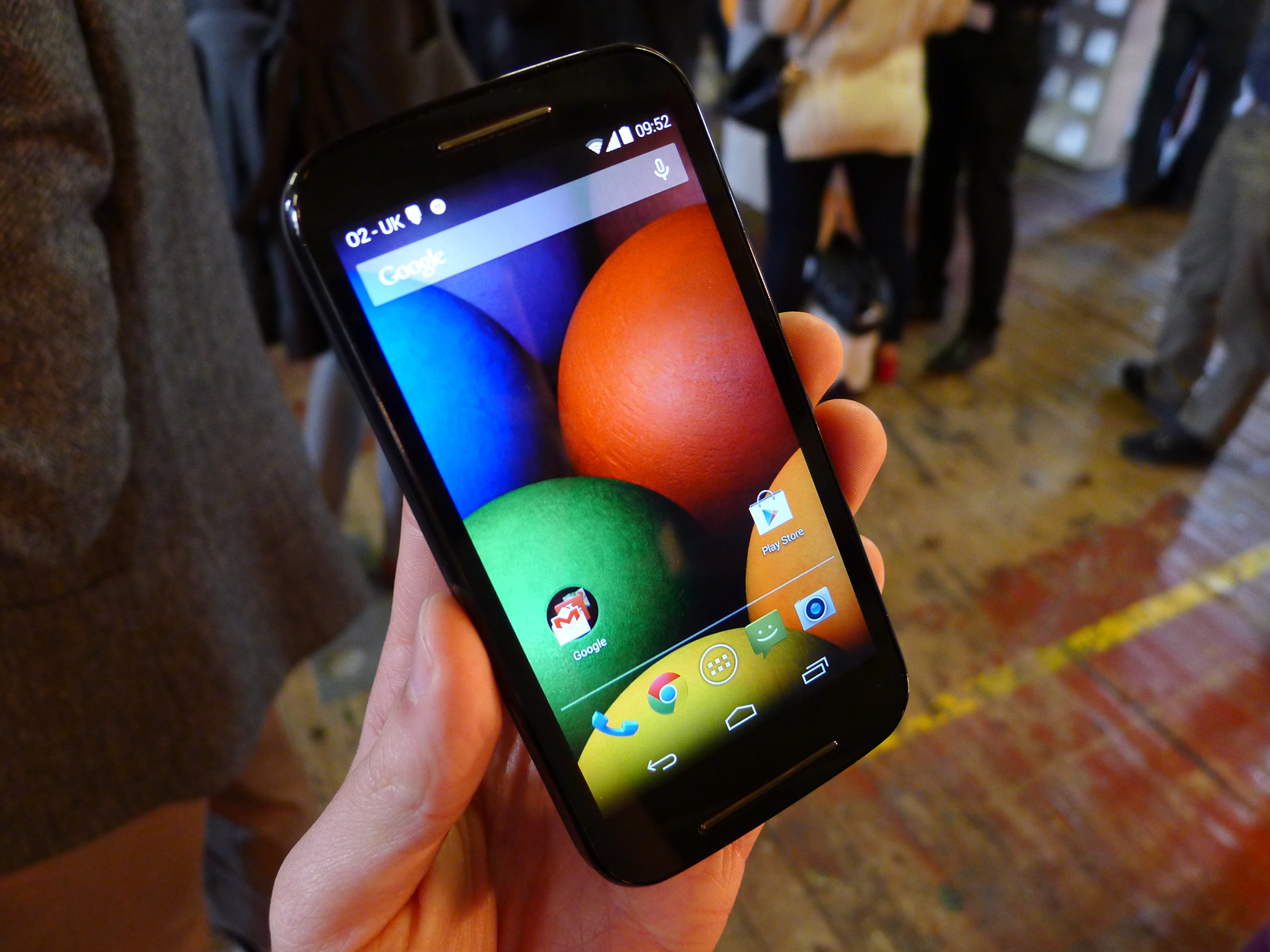 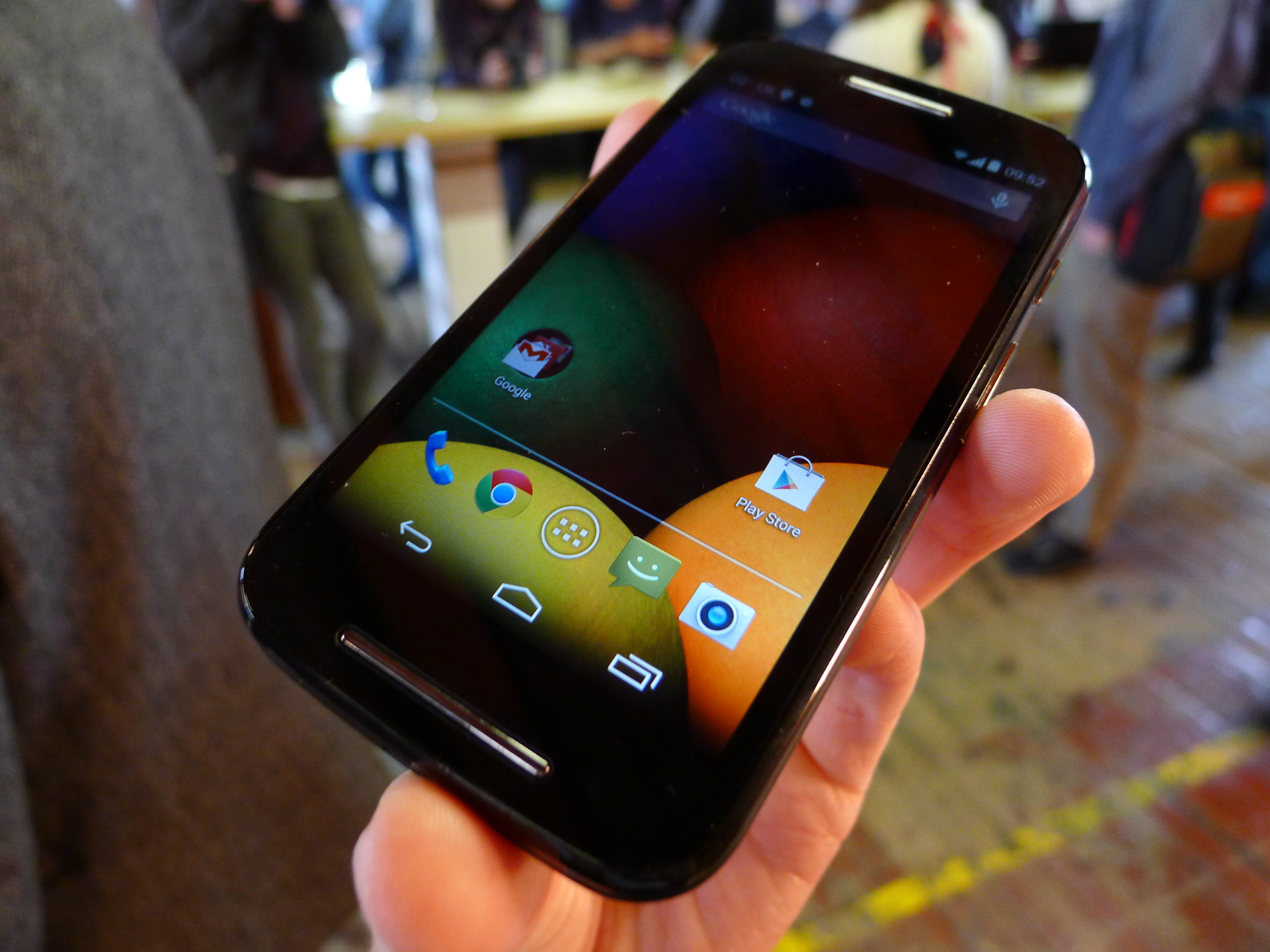 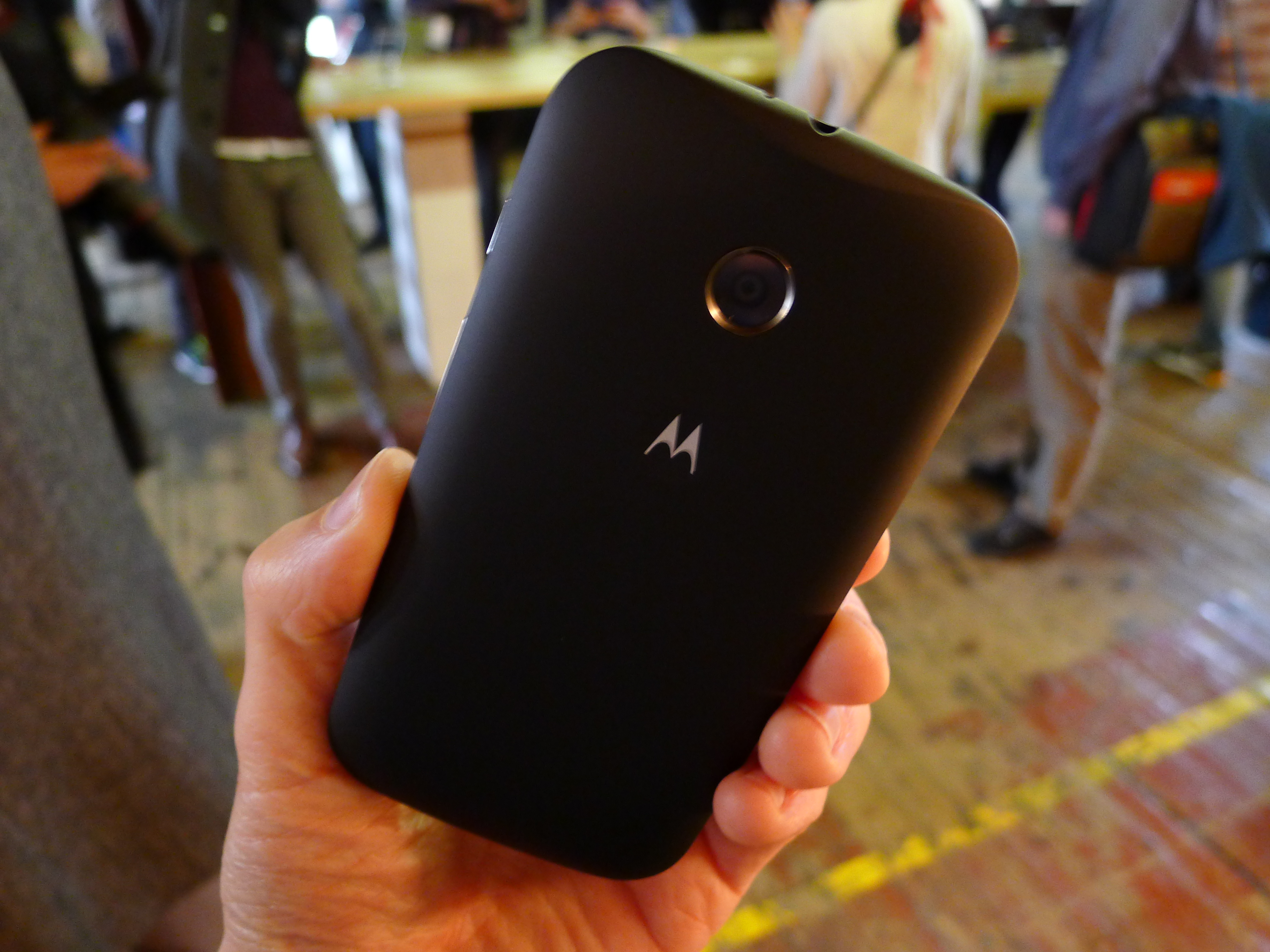 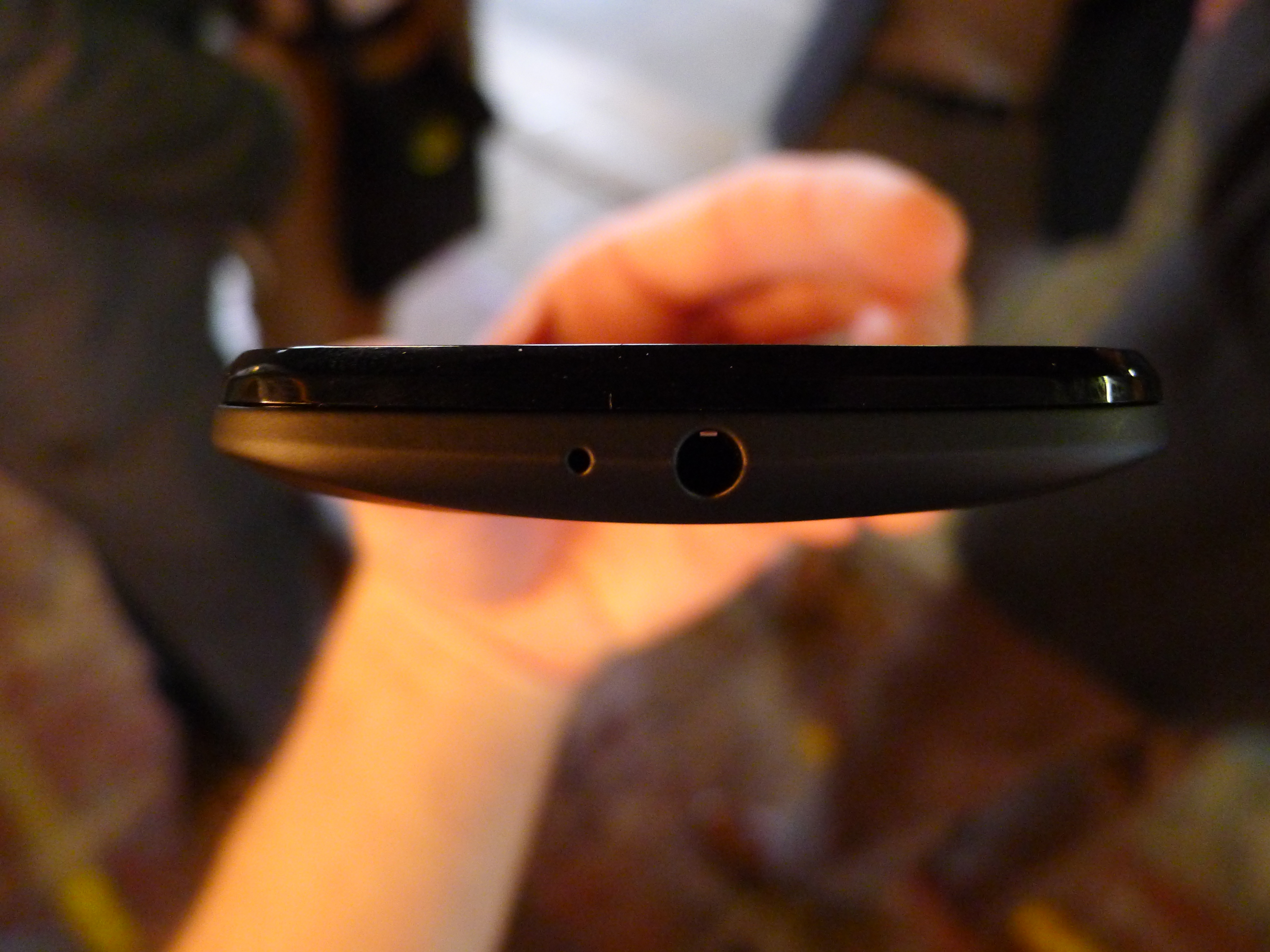 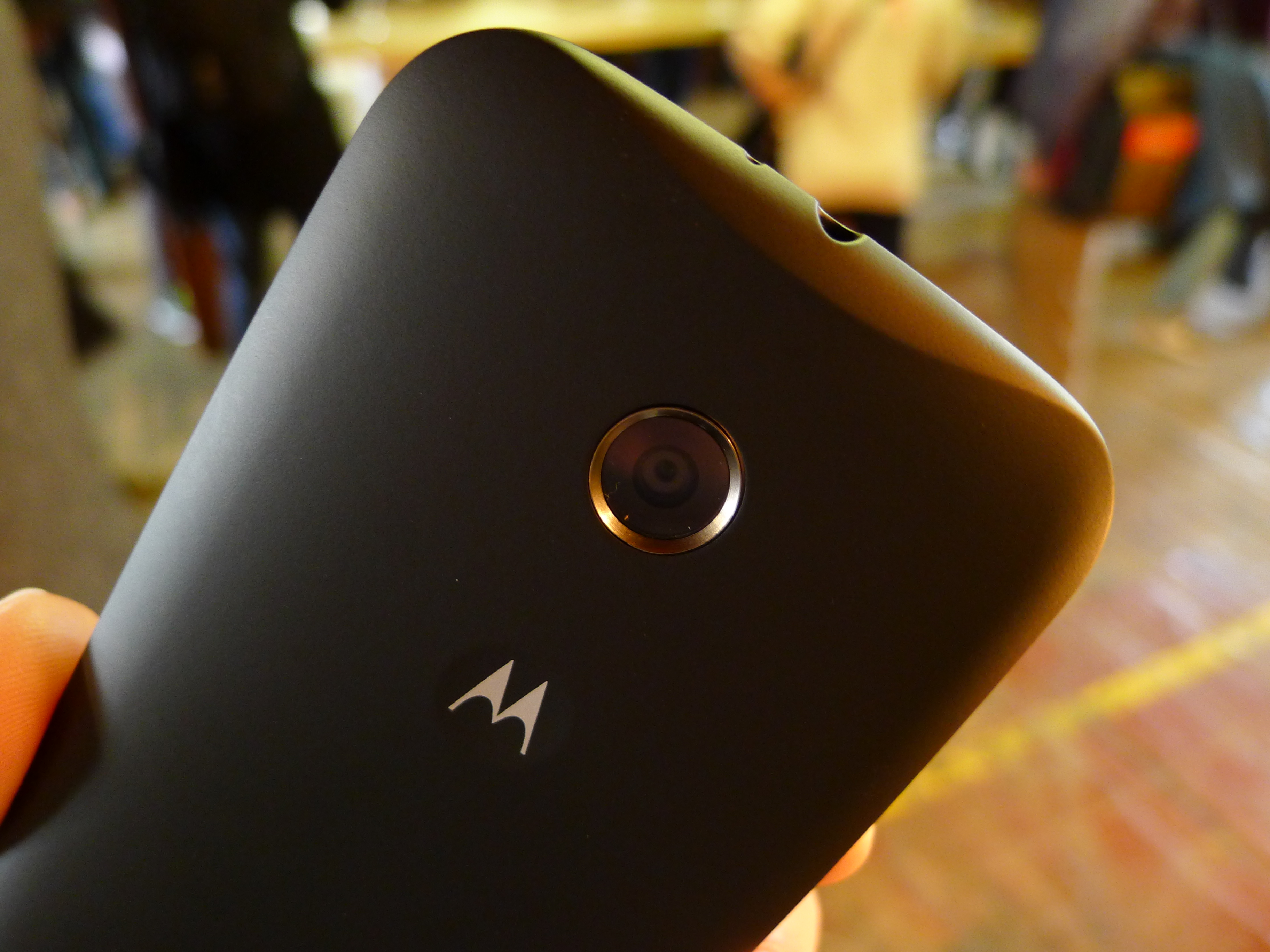 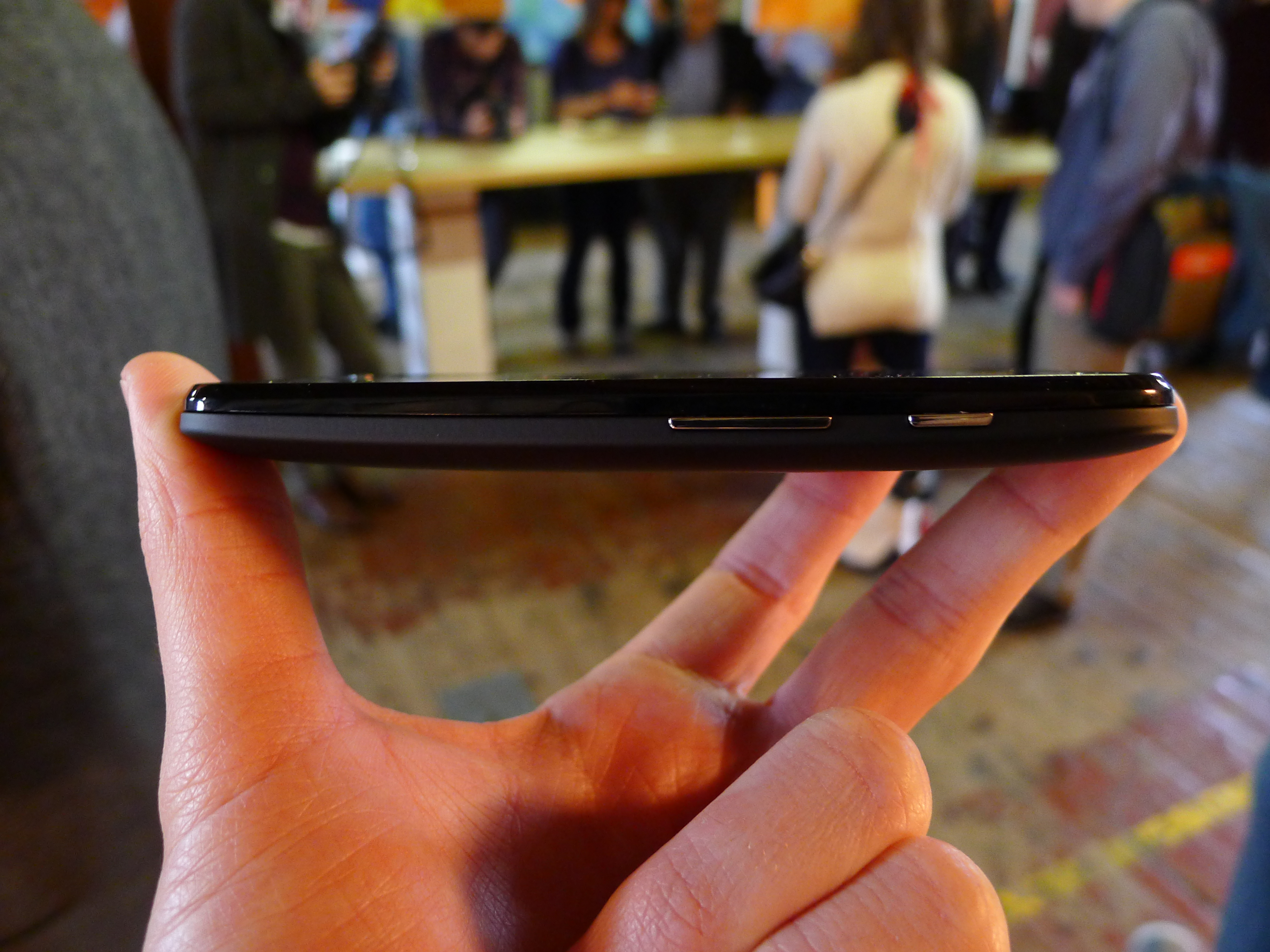 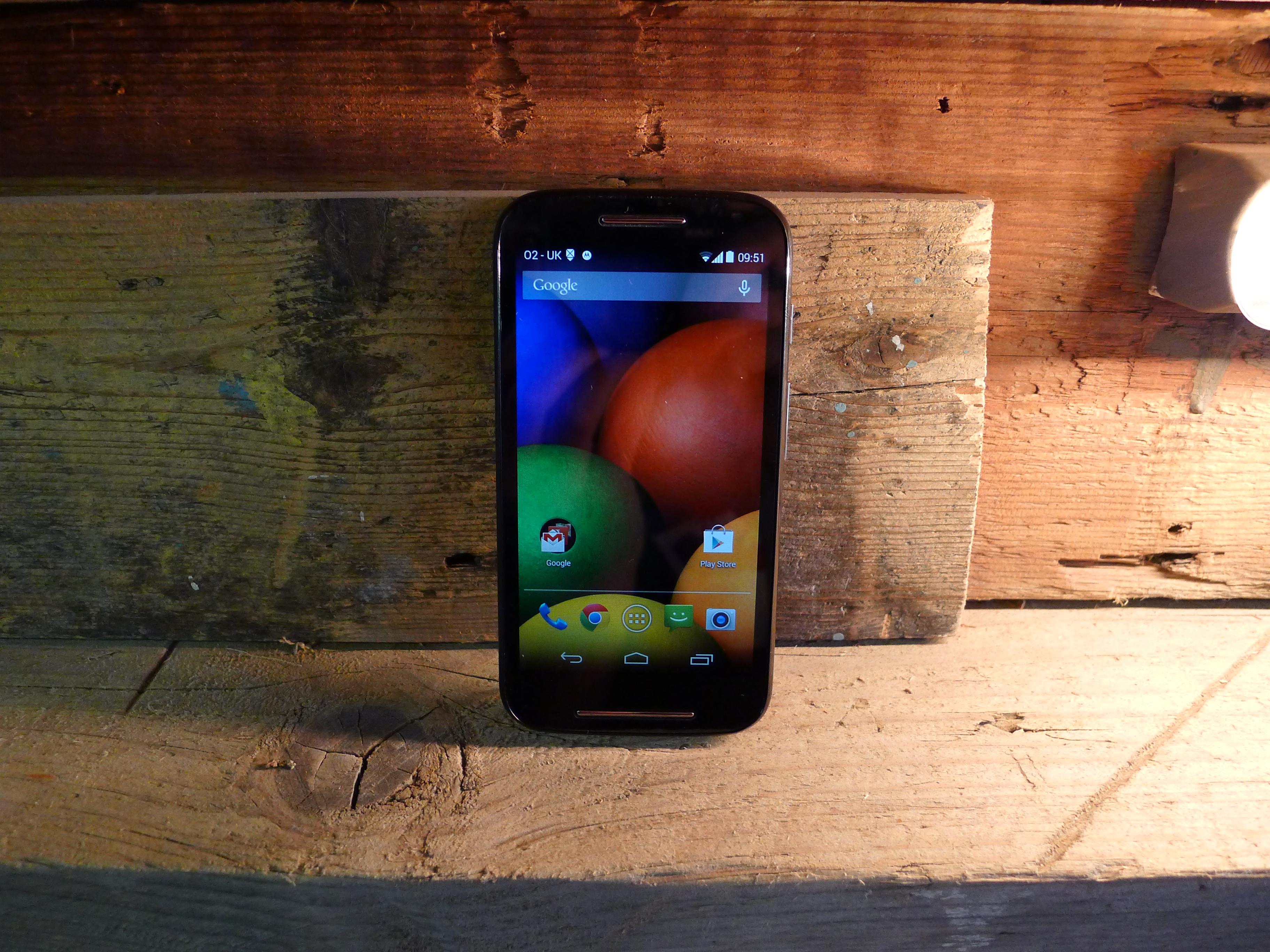