This article was published on February 22, 2016

In a world where you’re constantly bombarded by people, social media, and endless advertisements, sometimes your only escape is the few moments you have alone driving in your car. If you want to add a little extra zen to your driving, now you can request the soothing sounds of Morgan Freeman’s voice as your Waze directional narrator.

Alright, technically this a promotional feature so you’re not totally free from ads – Waze has added the actor’s voice as part of campaign for his latest flick ‘London Has Fallen.’ The company does note, however, that Freeman’s voice had been one of its most requested since it added celebrity navigational narrators a few years ago. 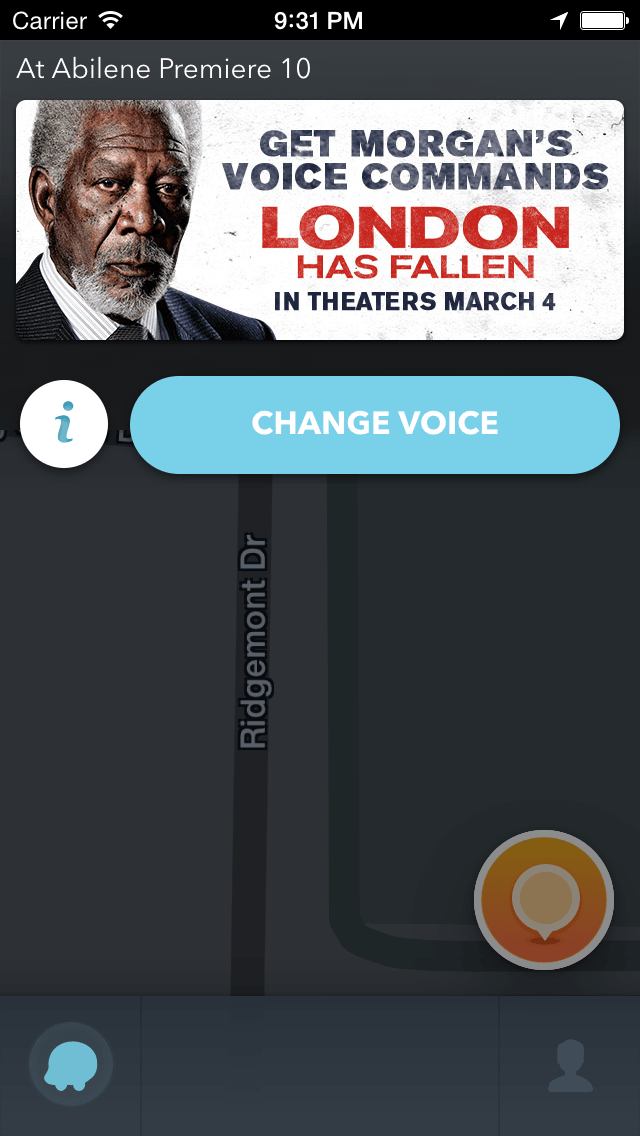 Some of his sound bites include:

You can download the new voice commands for free and apply them under Settings > Sound > Voice Language. He might not make all the traffic disappear, but worse things can happen with the voice of god by your side.