This week saw Dutch ebike brand Mokumono launch its latest two-wheeler, the Polder. It won’t surprise you to know that I get a lot of press releases and interview requests about new ebikes coming to market. There are plenty of ebikes being released, and plenty of big brands with lots of funding and strategies for consumer marketing.

But I wanted to write about Mokumono for a different reason: they’re doing things differently, things that other ebike brands can learn from, or in fact, any startups involved with manufacturing – whether that’s hardware, wearables, electric devices, or more. I spoke to co-founder, Tom Schiller, to find out more.

Okay, there’s a reasonable chunk of people who don’t care if their ebikes are manufactured in Taiwan or China. And the vast majority are — including Cowboy and VanMoof.

Sure, there’s nothing wrong with this per se. You have experienced manufacturers with fully established factories with the necessary materials, molds, and equipment.

But if there’s one thing the last couple of years has taught us, it’s the inherent fragility of the supply chain. Since 2020, it has weathered compulsory shutdowns, material shortages (especially semiconductor chips), bottlenecked ports, and a shortage of long-distance truck drivers.

In December last year, electric bicycle company Ride1Up told customers in an email obtained by Electrek that bikes traveling from Asia to the US would not arrive by Christmas. They were, in fact, stuck on a ship waiting for unloading for almost a month.

That’d piss anyone off.

Mokumono is responding to this challenge, with 90% of their new bike’s parts sourced locally, including the front fork and handlebar, making the brand way less dependent on Asian production — and vulnerable to the precariousness of international shipping.

The company aims to get to 100% European manufacturing (but doesn’t have a goal date as of yet).

They’re not the only ones doing this. The tide is turning, with Estonian ebike company Ampler developing their frames and the electronic system fully in-house. And it’s a smart move, done strategically; it provides a level of resilience against supply chain woes.

Look outside your own industry

It’s easy to focus on Taiwan or China because that’s where all the bike manufacturers are. But this is at the expense of partnering with local businesses, that don’t necessarily work for the bicycle industry. And missing this cross-vertical innovation that might be your company’s biggest competitive downfall.

Similar to Mokumono’s first models — the Delta S and Delta C — the frame for the Polder is produced by pressing aluminum sheets into form using techniques commonly utilized in the car industry, after which the two frame halves are robotically welded together.

This process was developed with tech production partner Witte van Moort in Vriezenveen.

There are a lot of manufacturing companies in the Netherlands that just don’t work for the bicycle industry per se, or not at all. But if you have a clear idea, they’re more than willing to give it a go.

When you consider that Ampler hails from Estonia, Rad Power Bikes from the US, and Cowboy from Belgium. That could bring a lot of local R&D in play, as well as potentially reinvigorating local industries — heck there’s probably government funding there somewhere as well.

One approach is to find companies that market themselves as helping develop new prototypes and products:

You need someone willing to give something new a try. And who will get excited by the idea of a new product line and access to a new industry.

Deploying a direct-to-consumer (D2C) sales model has a lot of advantages. More profits without selling to a bike shop (which can potentially mean cheaper bikes for customers).

It also means you can get a good grip on consumer buying behavior. On top of that, you aren’t beholden to situations like the pandemic where bike shops had to close, or if a bike shop goes out of business.

According to Schiller, Mokumono has decided to focus on getting the Netherlands right, before expanding to other regions.

He shared that D2C also means “if problems arise, we know immediately, and then we’ll find a solution in the first instance, but also for the next production batch, so that doesn’t the problem doesn’t occur again.”

This helps build brand reputation and protects companies from retailer mishaps like stores running out of stock or an online store that has a site malfunction — which buyers may associate negatively with the brand. Or, a COVID shutdown.

But D2C is challenging. While you get a deluge of customer data, you need to know how to channel it effectively using a CRM, to direct effective marketing campaigns.

Furthermore, a buyer persona needs to be more than a tall male aged 30 to 40, for example! And, if your ebikes suit a range of different heights, this may mean marketing to different cohorts simultaneously. For instance, Molumono’s frame suits riders starting at 165 cm (5’4) up to 195 cm (6’4). That’s potentially a lot of different audiences.

Modularity and brand-agnostic can extend the ebike lifecycle

Mokumono’s latest bike has a frame with a twist. The trunk can be opened. This enables battery removal for charging, replacements, or upgrades using third-party batteries.

It’s a pivot for Mokumono, with a reason. Schiller explained that the battery is going to be the weakest point of an ebike:

A lot of manufacturers design a proprietary battery. But what if they decide not to make that battery anymore, or the original creator goes out of business? Then the whole bike becomes obsolete.

Being open to third-party batteries means that an ebike expands its lifetime. It will allow it to stay on the road potentially for decades.

In a related commitment against planned obsolescence, Schiller shared that, with the Polder, the company also introduced its ‘right to ride’ principle: it commits to keeping all parts of the bike available and in stock for ten years. I’d love to see all manufacturers do this. Further, when needing a repair a Mokumono technician comes to the client to fix the bike on location.

Mokumono is now taking pre-orders for the Polder at www.mokumono.com at the introductory price of €2,590. The bike comes in 40 different colors and deliveries start in September this year. 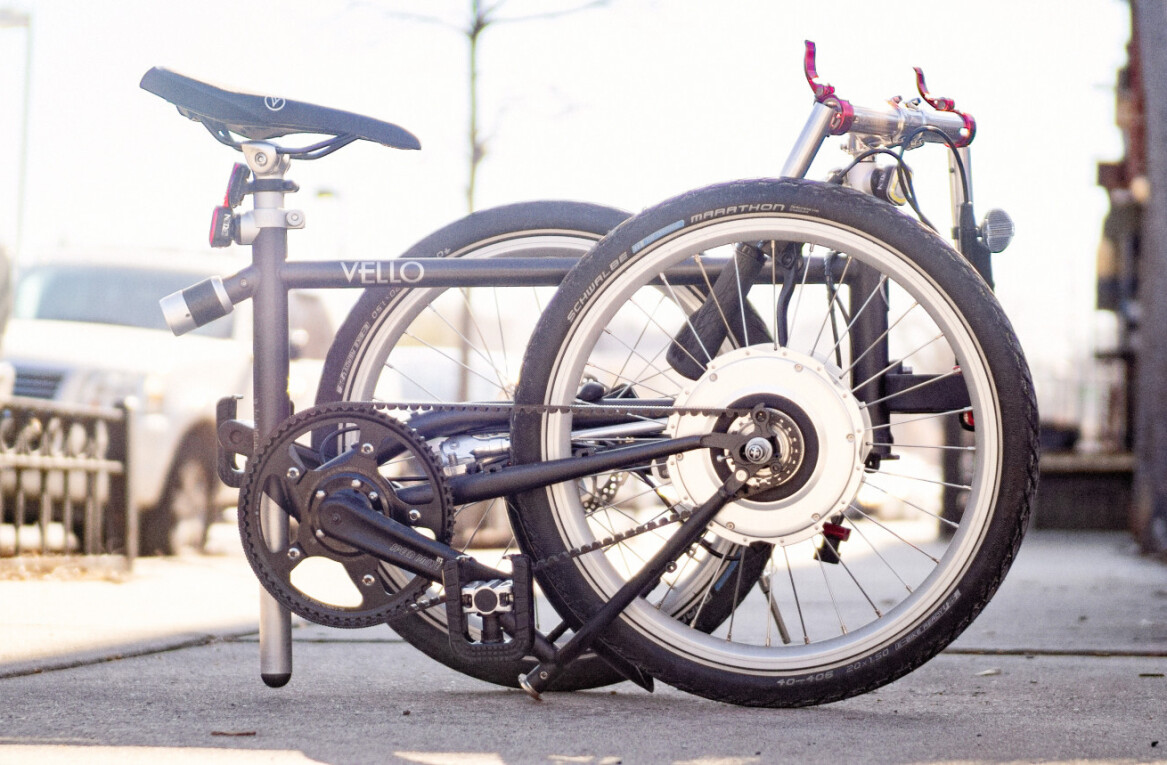 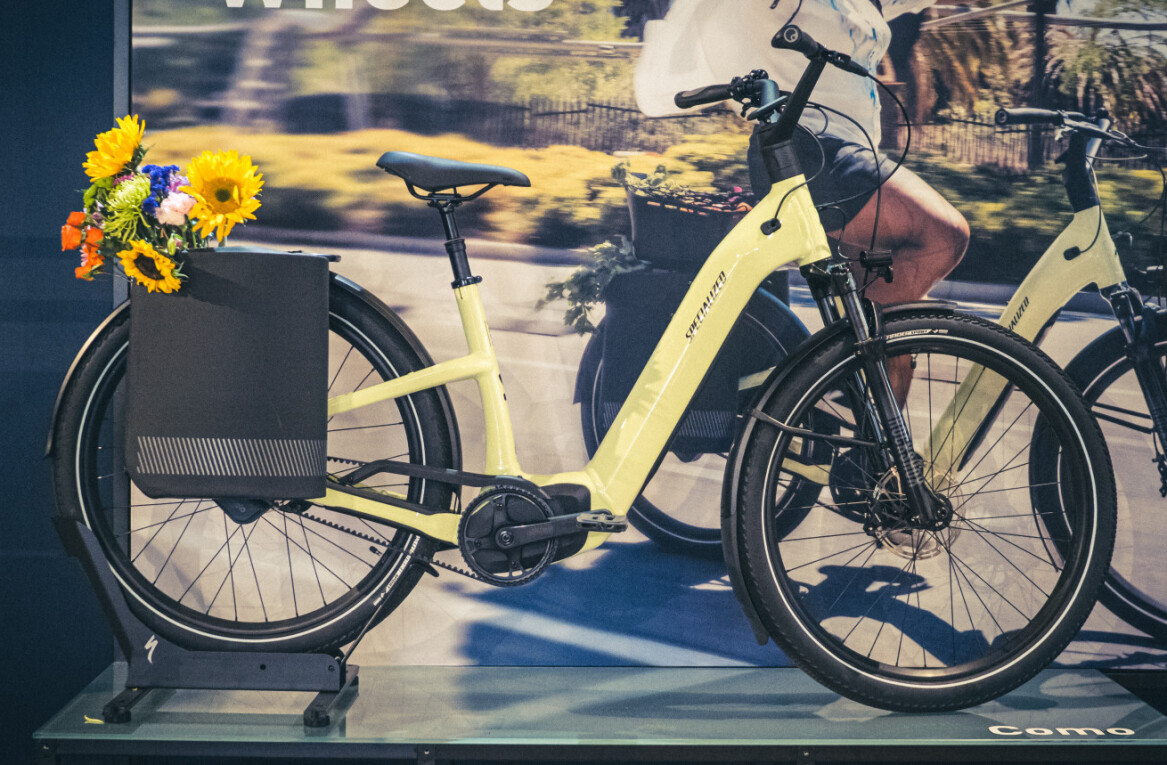