This article was published on February 17, 2014 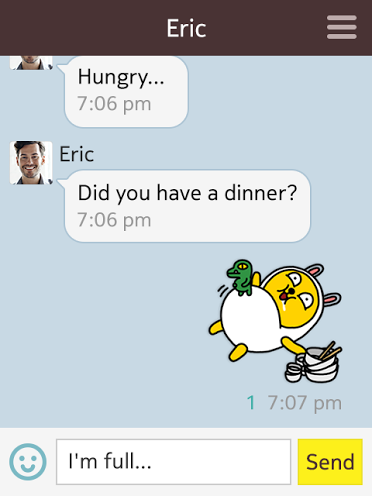 Kakao Talk, the voice and text chat app from Korea with over 100 million registered users, has increased its focus on emerging markets with the launch of an app for Nokia Asha range of phones.

Asha isn’t a big deal in Korea or Western markets, but the smartphone-cum-feature-phones are designed for ‘the next billion’ smartphone owners and is said to have traction in markets like India, Latin America and Africa. Emerging markets are increasingly becoming a focus for chat apps, Line launched an app for the ‘affordable’ Firefox OS in Latin America and Europe earlier this month, for example.

Initially available for Nokia’s 500, 501, 502 and 503 devices, Kakao says the service will launch for other devices in the Asha range soon. Rival services WhatsApp, Line and WeChat are already available for the Nokia platform, giving users plenty of choice when it comes to chat apps.