Oliver Miao is the CEO of Pixelberry Studios.

Mobile game developers are always looking for ways to build strong relationships with their user bases, and rallying players around important social issues is a great way of doing so.

This strategy has already seen great success in the PC and console gaming worlds; last year, game-centric organizations like Extra Life, Child’s Play and Humble Bundle each brought in millions of dollars in donations while raising awareness for children’s hospitals, HIV/AIDS prevention, cancer research, and more.

As members of a rapidly maturing industry, it’s time for mobile publishers and developers to launch charitable and educational campaigns of their own. When designed properly, these campaigns can help developers support important causes and create supportive, tight-knit game communities without losing ground financially.

Here are key steps developers can follow to “do well by doing good.”

The first step in creating a charitable campaign is choosing an issue you are passionate about. Sincerity matters. Take your passion for creating games and use it to support a meaningful cause.

It’s likely the cause you care about it is one your players will care about, too. But if there is a natural overlap with your cause and your game, your message will resonate even more effectively.

It would be a natural fit for “Where’s My Water” to support clean water projects or crocodile conservation efforts, or for “Hay Day” to raise awareness about the importance of sustainable farming. “Modern Warfare” could support War Child International, or other groups that help children affected by war.

But what if you want to make a difference, but can’t think of a natural fit? Consider an organization like Child’s Play, which improves the lives of children in hospitals through games. Using games to bring joy and relaxation to kids in pain is a cause most gamers will feel sympathy for.

2. Partner with a non-profit for meaningful integration

Raising awareness for a cause is great, but partnering with a related non-profit helps you integrate the cause more fully into your game.

Raising money to fight diabetes? Partner with the American Diabetes Association. Their expertise will help you find diabetes prevention tips that will blend in well with your existing gameplay.

Finding a non-profit that’s willing to partner with you can be difficult, but there are companies that can help. When my colleagues and I decided to teach our players about cyberbullying, most of the anti-bullying nonprofits we reached out to never even responded.

Fortunately, we were eventually introduced to Playmob, a company that facilitates partnerships between game developers and charities. Within days, they put us in touch with the anti-cyberbullying charity Cybersmile, whose experts helped us integrate cyberbullying stories and resources into our game’s ongoing narrative.

Stay focused on your game and let companies like Playmob, Grantoo, and others connect you to the right charities.

Games are powerful for a reason. Their compelling storylines and clever design, along with the agency people have while playing with them, have made them a hugely influential form of entertainment. Developers can leverage the same things that make a game fun to educate players about social causes as well.

This process has to start with fun. One recent study found that students tend to retain new information better when it is presented through jokes and funny stories.

Another found that digital games can increase students’ intellectual openness. Therefore, charitably minded developers should blend any new content into existing game mechanics in order for it to be most effective.

As an example, in Hay Day, players could earn extra points for raising sustainably farmed crops. Additionally, special purchasers could be added to the game to explain why these crops are important. In “Modern Warfare,” meanwhile, players could rescue villagers from combat zones and learn about their needs and challenges along the way.

Raising awareness is great, but also raising money is even better. Developers who run in-game donation drives for non-profits will show their players they’re willing to go the extra mile to support the issue at hand. 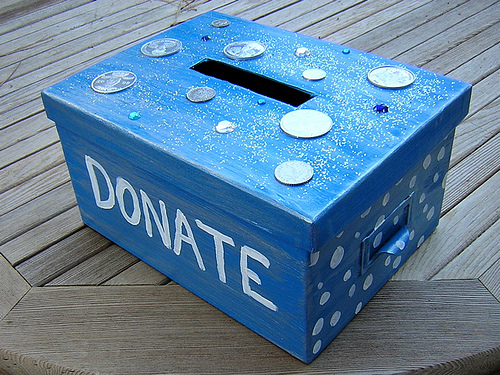 Some games allow players to make donations directly to a non-profit from within a game. But there’s an alternative to consider – especially for platforms which restrict in-game donations. In these cases, make a donation as a studio to the non-profit and let players know that your game is helping to support that cause.

Successful mobile games rely on virality and retention just as much as monetization to stay afloat. When players know that a studio’s interests are aligned with theirs, they will build more meaningful ties to that studio’s games.

In the first 30 days of our anti-cyberbullying campaign, players were so excited about donating that 19 percent of our game’s net revenues ended up going to Cybersmile. That percentage might seem scary on its own, but our overall revenues also grew equivalently, which raised awareness of our game in the Top Grossing rankings.

We’re happy we were able to succeed financially and increase long-term player loyalty while making a difference for a cause our game’s entire community cares deeply about.

As with social media’s rise and its ability to connect with massive audiences at a reduced cost, mobile developers are now realizing the power their games have to engage with huge groups of people and influence users in real-world situations. My colleagues and I believe that making meaningful social impacts is an important use for this power.

What are some other ways game developers can do well by doing good? Let us know in the comments section below.