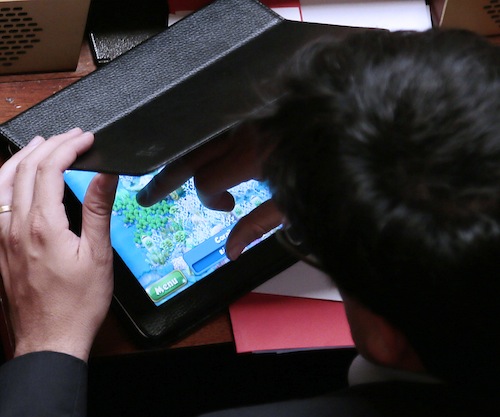 As consumers are increasingly connecting to the Internet via their smartphones, advertisers are piling on the money to roll out mobile ads. In the first half of 2013, US advertisers spent $3 billion on mobile advertising, up from $1.2 billion a year earlier, according to estimates from the Interactive Advertising Bureau, the Wall Street Journal reports.

The share of mobile ad expenditure out of total online ad spending in the US more than doubled to 15 percent during the first half of the year, the data showed. In all, US advertisers spent $20.1 billion on Internet ads during the period. Comparatively, TV ad spending will likely stand at around $66.35 billion for the whole of this year, research company eMarketer predicts.

eMarketer is forecasting that that Google will take 46.8 percent of the US mobile ad market this year, while Facebook will have a 14.9 percent share.