Mixlr launched its live music broadcasting platform way back in the summer of 2010, and today it has around one million listeners tuning in from around the globe.

In the simplest possible terms, Mixlr is what you get if you take SoundCloud, add a smidgen of UStream and focus entirely on the ‘live’ music experience. Though it’s probably worth mentioning it has also become a tool used by other parties too. “Until now, our main goal has been to make broadcasting live audio as easy as possible,” says Greg Lloyd, co-founder of Mixlr. “We have a large number of users from around the world, varying from musicians and DJs, to politicians and journalists.” 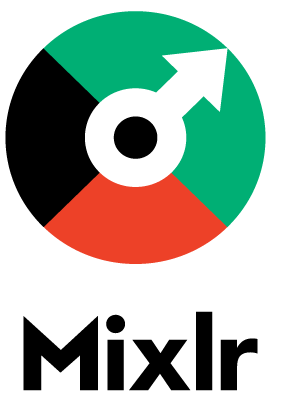 Indeed, whilst live music was the core raison d’être of Mixlr, it seems it has also been used to broadcast by the Bahrain opposition party, as well as reporters during the Thailand flood relief effort. Heck, even UK football club Queens Park Rangers is using it to host a phone-in radio show. Not the intended use-case, it seems, but come one, come all.

Kicking off today, Mixlr is rolling out a complete makeover to its platform, accompanied by a host of new features. “For this new release, we’ve concentrated on making the live experience as fun and interactive as possible, taking a similar social approach to Turntable.fm, but applying it to more than just music,” says Lloyd.

Speaking of which, we first reported on Turntable.fm last June, just before access was blocked to all countries outside the US. Here’s how we described it at the time:

“You can only sign up if a friend of yours on Facebook is already signed up. Once you’re in, the site lets you DJ, playing songs in an on-screen ‘nightclub’.

Others come to listen to you in your ‘room’ and can join you on the decks if they choose. Multiple DJs (up to five) play a song each in turn and everyone else in the room gets to vote on the current DJ’s choice. If your choice gets voted up, you get a point. If it gets voted down by too many people it’s ditched for the next DJ’s choice. It’s a simple but addictive concept that combines the joy of music with a competitive element as DJs are forced to consider which songs will fit the audience in the room and its current vibe.”

So, it seems that Mixlr is now taking a leaf out of Turntable.fm’s book. At the core of its new platform is the “crowd page”, where you can see everyone who is currently listening, and chat in real-time. If you like what you hear, you hit the ‘heart’ button, which prompts your avatar to animate.

This new release also brings SoundCloud properly into the mix, so to speak, by allowing users to cue up a playlist of SoundCloud tracks and broadcast them live through Mixlr. This could perhaps be used for album previews or simply to share playlists with others.

The new homepage also has a neat search function, allowing users to search for music by genre, using a colour-coded dial which you flip ’round.

The latest roll-outs are in addition to the existing features such as an integrated Facebook player and a one-click export option to a range of platforms, including SoundCloud, Mixcloud and Dropbox. Though you can listen to Mixlr music through your mobile browser, it has yet to introduce any native apps, and the current offering isn’t geared towards content producers. However, we’re told that mobile apps are on the cards at some point.

Based in the Shoreditch area of London, Mixlr now has five people working full-time on the platform, including the two founders, Greg Lloyd and Rob Watson, who met whilst studying at university together.

In terms of monetization, there’s a basic free version of Mixlr, and a Pro version, the latter of which enables downloads and a higher quality of audio. This costs £4.99 a month. Without giving away specifics, Greg tells us that there is a “decent amount” of people signed up to the premium subscription.

Mixlr v2.0 is available now, and you can view the official demo video below.