This article was published on February 3, 2014 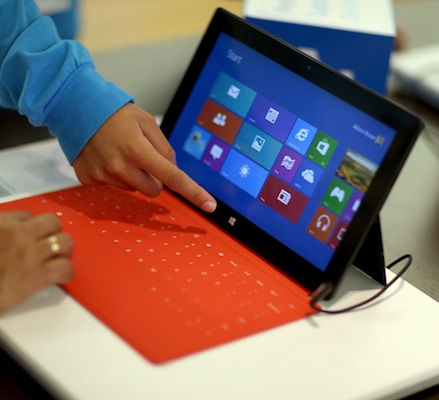 Microsoft is said to be releasing an interim update to Windows 8.1 before its BUILD conference which will be held in April this year — and now an early build has been leaked.

The Verge reports that the leaked build includes a number of improvements to the keyboard and mouse experience in Windows 8.1. In particular, there is a new title bar for Microsoft’s Windows 8-style “Metro” apps, which lets users close, minimize and snap apps side-by-side with a mouse.

The Start screen also sees similar improvements — a context menu with options to resize, unpin and more will now appear when you right-click on Live Tiles. It will also become easier for you to search and shut down your PC as Microsoft is bringing those two options right onto the Start screen.

Other changes include a control panel link into the PC settings section, as well as desktop tweaks such as a new option in the taskbar setting that displays a list of all Metro apps and a window preview when you hover over the apps.

➤ Windows 8.1 Update 1 leaks on the web ahead of its March release [The Verge]