This article was published on September 16, 2012

Microsoft’s reluctance to discuss its Surface tablets has seen a variety of different price points mooted, ranging from a super cheap $199 to a staggering $999. While the pricing existed purely as rumor and speculation, Microsoft’s CEO Steve Ballmer talked of what he calls the “sweet spot” for the Windows 8 tablets, finally providing an idea of what people can expect to pay.

In a interview with the Seattle Times, Ballmer discussed Microsoft’s “epic year,” touching on the company’s successes and failures, recruitment, stock prices, but also the iPad and Microsoft’s ability to compete in the software and mobile space.

When asked about the success of the iPad — whether a potential weakness in Apple’s strategy was its pricing — and if Microsoft would attempt to compete on cost and features, Ballmer noted that while pricing had not been announced it has a “very competitive product from the features perspective.”

However, Ballmer did touch on how the Surface tablets would be positioned against their competition:

Starting at around $300, reports of a $199 Windows RT Surface tablet have all been put to bed, thanks to Ballmer’s comments. However, nothing is set in stone.

Priced between $300 and a high-end $800, the Surface tablets would reach the same pricing bracket as the iPad. This is something that Ballmer sees a plus, evidenced in his comments on cheaper tablets and their use cases:

I think most people would tell you that the iPad is not a superexpensive device. … (When) people offer cheaper, they do less. They look less good, they’re chintzier, they’re cheaper.

If you say to somebody, would you use one of the 7-inch tablets, would somebody ever use a Kindle (Kindle Fire, $199) to do their homework? The answer is no; you never would. It’s just not a good enough product. It doesn’t mean you might not read a book on it.

Microsoft Surface general manager Panos Panay said at the launch event that the Windows RT model would have “comparable” pricing to other ARM tablets with 32GB and 64GB of storage.

Apple’s Retina-enabled iPad retails at a starting price of $499, but the Windows RT and Windows 8 Pro Surface models will offer different experiences in terms of software, suggesting why Microsoft may need to use that $500 differential noted by Ballmer.

Ballmer still sees Microsoft as a software company, but moving forward he believes the public will think of it as a “devices-and-services company.”

“Software powers devices and software powers these cloud services, but it’s a different form of delivery,” the Microsoft chief adds. “[It] doesn’t mean we have to make every device. I don’t want you to leap to that conclusion. We’ll have partners who make devices with our software in it and our services built in. We’re going to be a leader at that.” 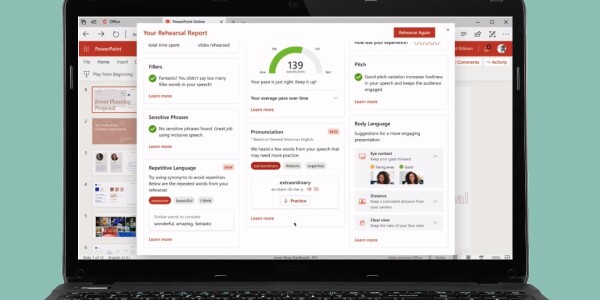