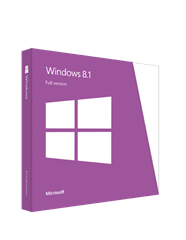 Microsoft has confirmed its pricing scheme for Windows 8.1 ahead of its October 18th launch day. Pricing for the update remains similar to the Windows 8 release, with the exception that Microsoft will again offer a “full version software” edition alongside upgrade versions.

➤ Pricing and Packaging for Windows 8.1