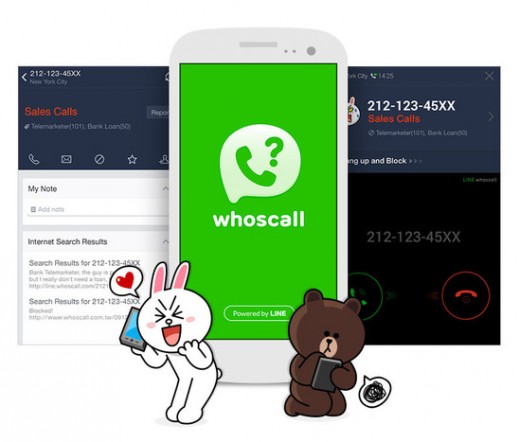 Line, the chat app company with over 300 million registered users, has launched a call identification app — Line Whoscall — to help users vet and block unwanted calls. It is essentially a rebranded version of an app from Gogolook, the Taiwanese company Line acquired last month.

Line Whoscall is initially available for Android only, as it was under Gogolook. Line says an iOS version will be released in the future, but it does not have a date for that right now.

The app, which had been downloaded more than 6 million times, looks up numbers from a database of more than 600 million, drawing information from public sources like yellow pages and Internet searches. Users assign tags to numbers that are not in their contact list, and can share them with friends or block them as they wish.

As it happens, Google is baking a similar feature into Android — caller ID for personal Google accounts will come to KitKat users in “early” 2014.