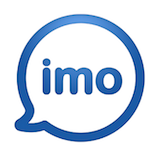 Palo Alto, California-based messaging app imo.im is getting a location-based discovery feature on its Android version as it seeks to add a new spin to the service for its existing users.

The new feature, called People Near Me, makes use of your smartphone’s GPS to find people within a certain radius around you.

When you select the feature in your navigation drawer, if someone near you has also opened the same page on his/her phone, the profile will show up in your app. This means that you can literally view a stranger’s profile whom you may have bumped into at a concert or party, and start chatting with him/her immediately without the hassle of exchanging phone numbers or Facebook details.

Its iOS app isn’t getting the new feature yet, but it’s likely that it will land there sooner or later as well.

➤ Announcing People Near Me [imo.im Blog]