Last May, we told you about SeedStartup, a Dubai-based incubator that has since gone on to become a member of the TechStars network, and has mentored 3 startups, after receiving over 70 applications from all over the world.

SeedStartup’s pilot program brought together startups from Italy, Bahrain and Tanzania under one roof, with team members as young as 21, but before talking to the startups themselves to find out about how their 3 months spent at SeedStartup, we talked to Rony for an overview of SeedStartup’s progress since he last spoke to The Next Web.

Raised in Abu Dhabi, Rony El Nashar moved to the US during his college years, where he studied computer engineering at the University of Florida. Starting on the traditional career path, he worked at Citrix Systems while completing his Masters in Computer Engineering. His next job, working at Silicon Valley Startup Shmoiti, was El Nashar’s first introduction to tech entrepreneurship, a path which led to a successful startup of his own, Discounted Properties, which was acquired in 2007.

At that point, Nashar returned to the UAE, where he immersed himself in the local tech entrepreneurship scene, working with the Khalifa Fund for 5 years, before branching out on his own, launching SeedStartup.

Nancy Messieh: What was the driving force behind launching SeedStartup? 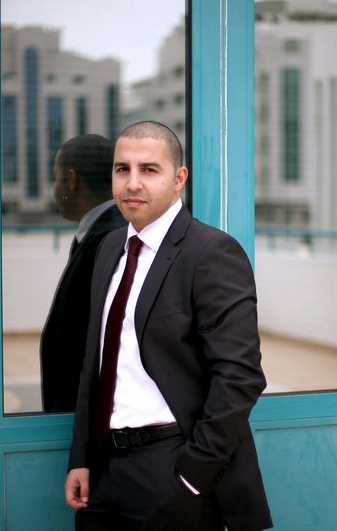 Rony El Nashar: The past few years have seen a tremendous surge in entrepreneurial enthusiasm. I was seeing accelerators in the U.S. such as Y Combinator and TechStars really becoming engines of innovation, spitting out startup after startup that go on to achieve great things. Yet, here in the UAE there was nothing of the sort.

Even regionally, there have been very few funding options for seed stage startups – those that may be on to something very promising but still haven’t seen a huge amount of traction yet. I launched SeedStartup, together with my partner Salem Al Noaimi, to provide the 3 most important elements that greatly improve a startup’s chances of success: a little bit of funding to get things moving, the right mentorship and direction from people who really understand startups, and connections who can open doors.

NM: Can you tell us a bit about how and why you made the 3 startup selections?

RN: 74 startups applied for SeedStartup’s pilot program. We shortlisted 25 and then conducted in-depth Skype video interviews with each of them. The startups we ended up choosing had strong teams & a great idea, were going after large markets, and displayed evidence of ability to execute, usually by having a solid prototype to show us.

Speaking to some of the team members from each startup, we found out a little bit more about what services they have to offer, and how the 3-month SeedStartup experience went.

EXA was founded by 24-year-old Bahraini computer engineer Mohamed Sheikhaldeen and 24-year-old Algerian software engineer, Zakaria Ben Hamouche, both graduates of the University of Bahrain, where they met.

EXA’s work is pretty complex and part of the challenge the team has faced is conveying what it is they do in laymen’s terms.

EXA is a cloud based data processing acceleration. What this means is that it provides 3D rendering for animation studios and architectural houses, by turning basic 3D models from wireframes into elaborate scenes, complete with textures and lighting effects.

Co-founder Mohamed Sheikhaldeen explained how other services get the job done, a process that can take several hours on a single frame or months of continuous rendering for a complete TV show. In the case of high-end studios like Pixar, the process uses multi-million rendering computers. EXA takes all of the hard work out of 3D rendering, using a faster and more cost-effective process. Mohamed sums up the service in just three words: upload, render, download.

EXA provides speeds over 100 times faster than its competitors, at a fraction of the cost. Mohamed explains:

Our job is to give that freelancer with a MacBook a way to use such huge rendering power on demand, for a little price.

Once in the SeedStartup program, with the help of Rony and the mentors involved, the pair were able to better focus the service. With extensive plans to expand the platform to be used by oil, gas and insurance companies, the SeedStartup experience helped reign in the ideas.

Speaking about the mentorship itself, Mohamed says:

This was priceless! We knew how to price the service, analyze the competition, approach big enterprise customers, survey the masses online and many other aspects to build the business aspect of EXA.So, all in all, it changed our mindsets on how make money instead of simply continuing to make super fast things that nobody can use.

We also got to meet great teams from Italy and Tanzania. It is always refreshing to get introduced to mindsets from other parts of the world. It opens one’s mind to think about things from a different perspective.

Italy-based startup Metwit is made up of a five-man team. 30 year-old Mike Ruini is the CEO, and he is joined by two computer engineers, 25-year-old Davide Rizzo and 22-year-old Gabriele Petronella. The rest of the team consists of 21-year-old developer Duccio Catalioto and 21-year-old iOS developer Simone D’Amico.

Metwit has started out as a realtime crowdsourced iOS and web-based weather app, with an Android version in the works.

Metwit’s successes up until now include a partnership with a popular Italian weather forecast service, while the app itself has been refined to include a long list of features. The team has added the ability to mine social weather information from users’ Twitter and Instagram streams, a structured user-base categorised by outdoor activities, and will be providing a soon-to-be public API for other geo-oriented apps to use. Mike explains:

Available in the app store in stealth mode, Metwit has received 1,000 downloads during the SeedStartup program.

With an Android app at the top of their to-do list, the Metwit team is currently focused on improving the iOS app and the webapp, with a mobile version on its way soon too.

Speaking about their SeedStartup experience, Mike tells us:

During the whole program we worked like dogs – 7 days a week, with 6 hours of sleep per day and no distractions! As a result we were able to deliver 8 versions of our iPhone app and a beta website along with the business strategy design. When we landed in Dubai Metwit was a hobby, when we left 3 months later Metwit became our work.

That’s not all they got out of their SeedStartup experience:

Another big thing was the mentors. The program put us in touch with lot of amazing people from all over the world. We came here and had people telling us what we were doing right and what we were doing wrong, or that we should do it this way because it is probably better.

Tanzania-based Rasello was co-founded by 30-year-old Puspa Raj Bhattarai and 28-year-old Natalino Mwenda. The site makes it easy to discover places and special offers around you, related to your interests, but with a twist that suits the African audience it caters to. Rasello is currently only available in Tanzania, Kenya and Uganda.

Rasello allows users to keep up to date with the latest offers and deals from restaurants, businesses and more, via SMS messages, while allowing those establishments to manage their own listings and messages.

Natalino explains how it works:

Rasello keeps people instantly informed via SMS on special offers and updates on places they love and choose to follow. People can sign-up and browse the entire Rasello database on interesting places and look for places with the ‘Follow me’ icon and once they choose to follow they will be the first ones to know of a great deal or interesting updates from places they follow.

It’s simple but serves a very unique purpose of allowing people to connect to businesses they love and be instantly updated on special offers – Rasello acts as an intermediary platform for the communication between a person and a business.

Rasello received over 500 subscribers in its first three weeks, and user response has been positive. But the service the Rasello provides isn’t exactly what Natalino and Puspa had in mind when they founded their startup:

Rasello has had an interesting pivot during the Seedstartup program and in behalf of Rasello I’m very thankful to have been surrounded with such brilliant mentors who have helped shape the product for the better.

Converting from a being labeled as a directory in just 3 months, Rasello has pivoted into becoming a platform that enables anyone to discover special offers based on their interests. Discovering a deal influences people in discovering new places or new tastes – in this scenario images are very important in elevating the virtual perception of a place. Rasello has East Africa’s largest image database of places on various Hotels, Restaurants and Entertainment related places.

The pivot paid off, as Rasello’s traffic, page views, average time spent and unique visitors have tripled in less than 3 months. Rasello also has had a 95% success rate when it comes to listing businesses in its directory.

Rony gave us his insight into how things went with the startups and this is what he had to say:

It went really well. All of the startups have made impressive progress and are now in fundraising mode.

Rasello made a successful pivot and actually has paying customers now.

Metwit has launched their app on the app store and has iterated on it 8 times already, each time adding exciting new features. Their user-base continues to grow.

EXA has completed their prototype and their benchmark test revealed a 112x speed improvement over typical 8 node in-house render farms. The founders worked really hard and we managed to have a lot of fun in the process. I’m very proud of them all.

Another highlight for me was that by the time we were just halfway through the program, one of the startups already had an investment offer from a regional VC. Currently two out of the three startups have investment offers and the third is in talks with VCs.