What could you accomplish if you had the right environment, the support that you needed and access to mentors to help you along the way? That’s the question that Amber Rae had when the idea for the Bold Academy came to her. In her own words, “I’m obsessed with unrealized potential. How do we close the gap between where we are and where we want to be?”

The Bold Academy could best be described as an accelerator for your life. Akin to technology accelerators it focuses on providing you with the tools necessary to close the gap that Rae mentioned. For Bold, the tools start with living a holistic lifestyle. From the food that you eat to your personal practices, everything within The Bold Academy is focused on finding out how your gifts can best be capitalized upon to serve the world in which you live.

“We’ve been told to live and be a certain way all of our lives. I asked why. How can we break the mold and really unleash our potential on the world?” – Amber Rae

For Rae it was partially a search to answer her own call. After graduating college she joined an advertising agency and then moved to San Francisco to be around her friends while working marketing for a startup. But the nagging voice in her head kept telling her that she was meant to do more. So in the course of 48 hours she quit her job, sold most of her belongings and moved to New York in order to chase her goals.

Rae began working with marketing genius Seth Godin on his Domino Project. But at the same time she was fielding emails from friends and people who had been following her journey via her blog. They asked about how to overcome obstacles, how to find meaningful work and many other areas. Rae saw this as an opportunity and began what she called The Passion Experiment.

“For four weeks, I want to work with two people who need direction and inspiration in their lives. We’ll work on one issue or problem that has you stuck. We’ll try experiments that get you out of your comfort zone and into forward motion.”

But The Passion Experiment was just the beginning. It was the genesis, if you will, of what would become The Bold Academy. Rae was pushed by her friend Teju Ravilochan, co-founder and CEO of The Unreasonable Institute, to drive her actions forward and do something more.

Chances are, if you’ve read TNW for any length of time, you’ve seen us write about the near-magic that powers Boulder, Colorado. The city, because of its collaborative, open nature, seemed like the perfect home for Bold. Rae and her team scouted the area, announced The Bold Academy and then began fielding applications. 180 applied, who were then narrowed down to a group of only 18. Rae tells me that the application process was looking for people who have a track record of success, a range of perspectives and high ambitions but a lack of confidence or clarity.

For four weeks the first class of The Bold Academy lived in an renovated fraternity house. They would start each day with yoga and boot camps, then move into breakfast and then to the mentorship-driven activities, speakers and networking at 10 am. An evening at the academy is filled with improv, open mic nights and special evening guests.

But how do you measure success? Interestingly, that metric is almost as free-form as the application process itself. According to Rae, success comes when lives are transformed. “It’s not a cookie-cutter definition because every person has a different set of challenges.” Rae relayed stories to me that would account for success by anyone’s measure. A musician, for instance, who had parylized his hand. On day 3 of the academy he was asked to DJ a BBQ. He realized a passion for electronic music and spent the rest of the time creating The Bold Album, which will be released soon. 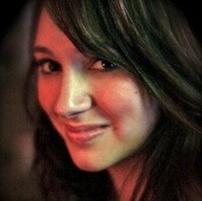 So what’s next for Rae and The Bold Academy? It’s time to push forward, and for Rae that means a move to San Francisco. The academy will soon start accepting applications for a two-week accelerator program that will exist within the borders of tech’s biggest hub. Rae tells me that San Francisco was an obvious choice for the academy’s next pilot program because she sees first-hand the challenges that her friends are facing. They’re doing, they’re hustling but they’re tired. If you can give them a space to slow down, to embrace the lifestyle that The Bold Academy provides, what could they do next? “If New York and Boulder had a baby, it would be San Francisco. The access to mentorship will be incredible” says Rae.

We’ll be keeping tabs on The Bold Academy as its application process and San Francisco pilot program move forward. Heck, I might even apply myself. Who knows what you could do if you only had the environment in which to do it?