Floggia, a photo-sharing site which has just launched, is a one-man-show, developed by the 19-year-old Venezuelan student, Miguel Kudry.

The name Floggia comes from the Spanish word fotoblog, which is often abbreviated to just ‘Flog’. Playing on that concept, Miguel chose the name for the photo-sharing site. He’s actually had the domain for a couple of years now, but only just decided what he was going to do with it.

We caught up with Miguel to find out a little bit more about him, and about what inspired him to launch Floggia. Currently completing his Bachelors Degree in Business Administration in Canada, Miguel has been doing web development since he was 13.

“I remember doing a lot of music streaming and having my own “online radio”, and that’s how I got into web development. I’ve developed quite a few startups, just for the fun of it. I’ve learned a lot from failure and ‘success’. Every project has taught me something.”

Choosing to go the BBA route has opened up more skills to the young web developer:

“It’s definitely changed my view of a business and management, and I’ve learned a lot of marketing concepts and actually used them on my startups. I’m planning on continuing my studies and graduating as soon as I can, so that I can spend as much time as I need on personal projects and startups.” 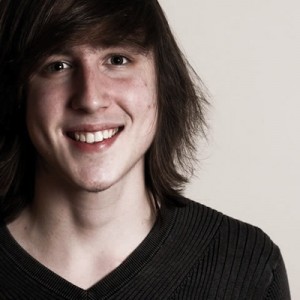 Floggia is not Miguel’s first project. Starting out with a third party application, he developed Selltter, an app which makes it easy to buy and sell things on Twitter. He explains:

“It produced a lot of good noise and people started using it, but for several reasons people stopped being so active on the site. I later developed Shopgram, a location-based classifieds site, and redirected all of Sellter’s traffic to that site. Shopgram needs more development and investment on advertising to start showing results.”

Next up was Floggia. Asking Miguel about the driving force behind developing the site, he told us:

“I really like photography, and I’ve been taking photos as a hobby for a few years. I’m lucky to know really talented people that are great at it, and a lot of them have even taken it to a professional level. I met all of these people online, and I’ve felt that they (and I, personally) would need a place to show their photos, and also be able to interact and see other people’s in a very simple, yet interesting way; and that’s the essence and concept of Floggia, making it as simple and as easy as possible for people to share, explore, and discover not only photos, but the people behind the lens.”

Floggia is currently run solely, by Miguel, although he does have plans to put together a team, which will be responsible for developing new features on the site.

The photo-sharing site is entering a crowded space, going up against well-established competitors – whether its Flickr, 500px or even Google+’s photography community. So what sets Floggia apart from these sites? Miguel says:

“What makes Floggia different from other social networks is how simple and easy it is to use it. Moreover, we make it very easy for users to explore interesting photos and discover other photographers, whose photos appear on the “Interesting” page of the site.
These “interesting” photos are ranked by an algorithm that calculates their  ‘interestingness.’ It is the users themselves that help this “number” increase and make photos interesting.”

Floggia is still in its infancy, and there are still far more features we can expect from it, and part of Miguel’s main strategy is to listen to what the user wants:

“It will certainly be interesting to also have users suggest new features that they want (and they’ve done it since the very first week). Beta testers helped a lot defining some of the features and options of the site, and I’m sure that users will do the same as they start using it more often.”

Setting up your Floggia profile

So what does Floggia offer users? After signing up for a free account, the first thing you’ll want to do is set up your profile – in addition to the basics – profile photo and bio – Floggia offers some photographer-specific settings. You can choose whether or not to display your EXIF data, select between two display settings, and determine which form of licensing you want to use for your photos, if any. (If you’re still undecided about where you stand on what kind of license to use for your photos, be sure to check out our post on Creative Commons.)

When it comes to uploading photos, you can upload multiple files simultaneously, provided they are in JPG format. Floggia allows an impressively huge 25MB per image, and there don’t appear to be any limits on how many photos you can upload.

Once the images are uploaded, you can add a title and description to each one. It’s a little inconvenient, but in order to add tags, or edit the license for individual photos, you’ll have to open up each image.

Tagging photos on Floggia has two purposes – it doesn’t just make it easy for other users to find your photos, it keeps your photos organized on your own page. Rather than use collections or sets, Floggia simply displays each set of tagged photos in one folder.

Floggia as a social network

Of course Floggia is a social network and there are several ways you can interact with other users – including following them, leaving comments on their photos and adding their photos to your favourites. For some reason there is also the ability to ‘like’ other users photos, all of which will appear on your profile, under individual tabs – although there doesn’t appear to be any particularly distinguishing features between the two options.

All of these details can be viewed on your profile. You can see at a glance how many users followers and friends you have, how many photos you’ve uploaded and how many you’ve added to your favourites and likes.

As you start to follow users, their images will show up in your home feed, and you can easily share your, or other users’ photos, directly from the site using the Facebook and twitter buttons.

At the moment, there is no way to browse the latest photos that have been added, but Miguel tells us it’s a feature that is on its way. So if you want to do a bit of discovery on Floggia, you’re going to have to resort to searching for specific tags, or take a look at the ‘Interesting’ tab, which displays interesting photos from the past 3 days,

Floggia is still in its infancy, but the site is on to a good start. Using tags to keep your photos organized is intuitive and a lot more convenient than having to tag photos and create sets. The profile layout is simple and minimal, putting the focus exactly where it should be – on the photos.

There are a few features that we still need to see, to really put Floggia on equal standing with similar sites. In addition to features we know are on their way, streamlining the way users add information to individual photos would definitely be a welcome change.

If you’ve been looking for a new site to share your photos on, Floggia just might be it.