Good news for McDonald’s’ Android-using customers in the US – there are now more options for paying with NFC thanks to a tie-up between the fast food giant and Softcard. 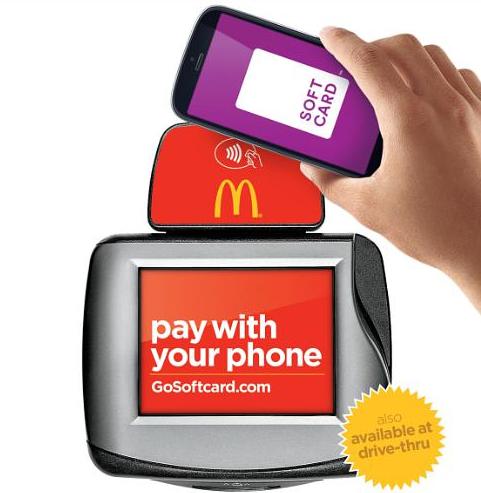 To recap, Softcard is a mobile payments joint venture between AT&T, T-Mobile and Verizon. The system is built on contactless ‘near-field communication,’ meaning all you do is tap your mobile device on a payment terminal and be on your way.

Softcard had to change its name from Isis back in September, given its similarity to the Sunni militant group.

Following a pilot program that kicked off last year, McDonald’s’ patrons across the US will now be able to pay with NFC in-restaurant and via the drive-thru lane.

Softcard only works on Android however, and you’ll need to ensure you have the correct app installed for your network – it works across 80 devices. You could already use ‘tap and pay’ with Google Wallet at McDonald’s, while iPhone owners can use Apple Pay’s NFC offering despite some retail heavyweights moving to block NFC altogether.

Today’s news comes less than a month after Subway announced a similar deal with Softcard. In addition to payments, Softcard also lets you redeem offers and loyalty points in-app too.