Domino’s has unveiled a new app called Zero Click, which lets you design your favorite pizza and order it any time you open the app.

Oh boy. Where do we even start with this one?

We could start with the fact that technically, you don’t click on a smartphone, you tap. TNW Styleguide 101.

Oh, or maybe the idea that anyone could mess around with your phone and charge a ton of pizzas to your account just by opening the app. Domino’s says it gives you 10 seconds before the order gets placed just in case the app is opened accidentally, but the lack of manual confirmation still seems worrying.

I promise you my skepticism comes from an honest place. Once, I had my phone in my back pocket and stopped at a gas station to fill up my car. About 10 minutes after I drove off, a random number calls me saying he’s an Uber driver here to pick me up. Thankfully, Uber allowed me to cancel the ride without penalty due to how bizarre the whole thing was.

I’ve also been known in the TNW crew to randomly send them a bunch of random messages thanks to my stubborn reluctance to add an unlock code to my phone. 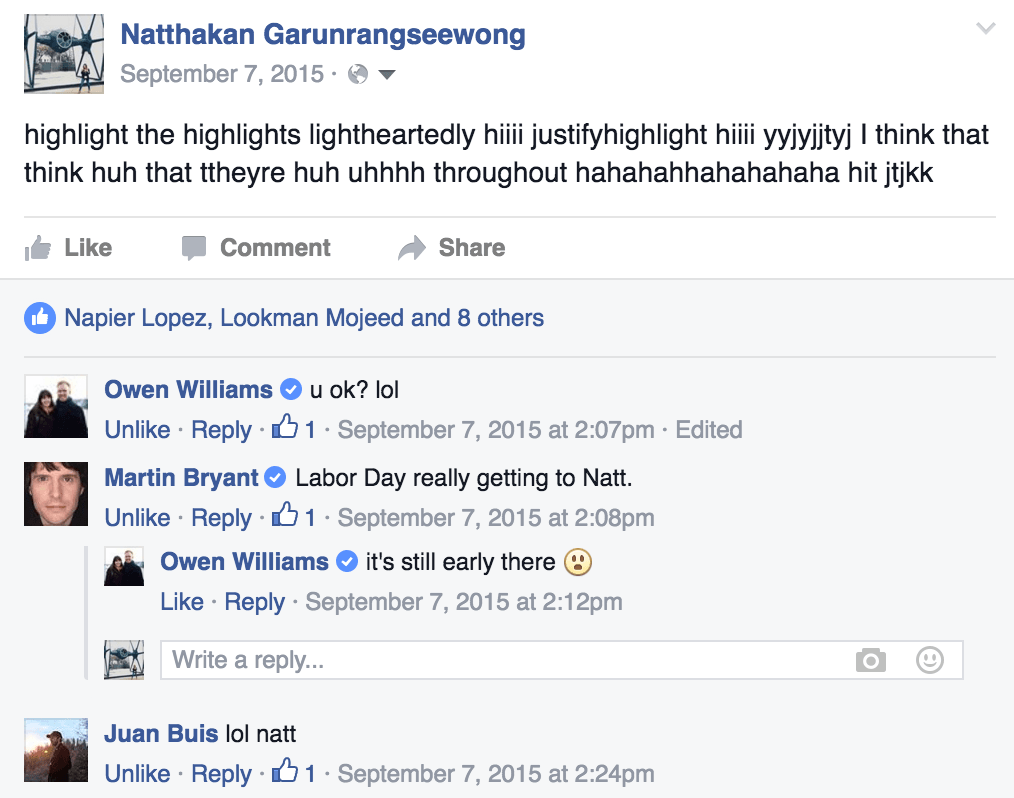 Perhaps my ass has a mind of its own with its mischievous ability to hail taxis and update Facebook statuses without my consent – but surely, we’ve all experienced accidental butt dials. So word of advice for anyone actually looking forward to downloading this app: make sure your phone has a strong passcode and don’t let kids play with your phones.

And Domino’s, you might want to at least add a fingerprint authentication to the app – most new smartphones offer this now, so you might as well take advantage of it.