During my ongoing quest to find the crème de la crème of productivity and time management hacks, I’ve discovered and experimented with a variety of techniques. Some of these approaches have been little-known secrets hoarded by successful people. Distinct pathways have been discussed so much that at this point — they should be common knowledge.

What I’ve noticed, however, is that there is no such thing as a one-size fits all approach to anything. What works for one entrepreneur doesn’t guarantee that it will work for you. I’m a big fan of Tim Ferriss. But, plenty of business owners don’t like his suggestions about a morning routine — isn’t feasible for them (they have kids).

In other words, when it comes to time management and productivity, there is no universal approach. For example, you’ve heard a zillion times that the key to success is to wake up early. But, that may not be practical advice if you’re a night owl or if you are working shift work. Likewise, some of these tips only work when you’re in a specific position or working on a particular task.

If you’re not in a leadership role, you probably don’t have much say in how to structure something like a meeting. I believe that there is one trick that can be easily be applied by anyone during any stage in their lives. Research has found that it is the most effective productivity hack — and it’s called timeboxing.

Timeboxing isn’t a new trick — it was used back in the 1980s during the early Agile approaches. Most notably Scrum and Extreme Programming benefited from timeboxing. Since then, you may have come across some form of time-boxing if you’ve used the Pomodoro Technique, attended a conference, or if you’ve ever gone on a speed date. Timeboxing is different than time-blocking.

It’s an incredibly simple concept where you set a time limit on how long you’re going to spend on an activity. For instance, I used time-boxing while writing this article by blocking out two hours into my calendar to focus solely on this piece. When the time was up, I wrapped up the article and moved on to my next task.

You can also use this concept for a group of tasks. Let’s say that you have to work on large-scale projects, like mapping out your marketing efforts for the year. You would break down that project into smaller assignments with deadlines for each one. Maybe you’ll need to identify your target audience by the end of the month, creating your content calendar by a specific date, and so forth.

But in each of these smaller tasks — you could take all day weighing-in with your business partner or team — or your timeboxing can show you that task and give you 30 minutes on one item, 10 minutes on another, five minutes on another. Maybe you already have most of the target audience information — and you need 10 minutes to explain it to the team, and you’re done with the job.

You can take your time-boxing to-do-list and calendar those lists into time blocking chunks of time. Then follow the time boxing schedule.

The benefits of timeboxing.

There are many benefits of timeboxing — and it helps replace the standardized to-do-lists. That’s not to say that you can’t create lists. I still use lists so that I don’t forget anything of importance. But, sometimes, living and breathing by your lists can be problematic. A list can overwhelm you with so many choices and decisions if you haven’t provided enough context — like the direction or scope of a project.

Additionally, lists can sometimes steer us away from our priorities — in favor of the almighty — checkmark. Maybe we have the urge to — check-off 70 things today. We may tend to work on the things that are easier or more enjoyable than those that need to get done.

Timeboxing, as noted by Marc Zao-Sanders the CEO and founder of Filtered, addresses these problems by encouraging you to get the right thing done at the right time. It also makes you feel more in control, allows for better collaboration, and provides a record of what you’ve accomplished. It can also boost productivity. If you know that there’s only an hour to complete a task — you’re going to do whatever you can to make sure that you follow through with that commitment.

Timeboxing can also help you overcome other psychology type, business issues such as:

How you can master the art of timeboxing.

Want to give timeboxing a whirl? Here’s some pointer on how you can get started, and eventually perfect, this art. The reason it’s called “an art,” is because you have to become creative and teach yourself how to do something and then let go of it.

Like anything else that you’ve never tried before, ease your way into timeboxing. You wouldn’t join a marathon and expect to finish without training in advance. It may be tempting to fill your calendar with blocks of time for the next year. You may even want to dive right into a colossal-sized project using this method. If you do, you’re just setting yourself up for failure.

Start small. Pick a small task or something that can be completed quickly first. By choosing something trivial, it will prevent you from getting overwhelmed or frustrated. More importantly, it allows you to get familiar with the basics of timeboxing and how you can implement into your everyday life. A good starting point would be time boxes of 15 to 20 minutes. Then add the tasks in the box.

By knowing when you’re most productive, you can build a more active schedule. Why would you work on your most important task of the day at four pm when you’re tired? It makes more sense to focus on your most significant piece of the puzzle when you’re the most alert, focused, and energetic — like at nine am for example.

We all have our own biological prime times. You need to conduct a little test to see when you’re most productive. Chris Baily suggests that you record your energy levels for every hour for three weeks. To get a more accurate picture, he recommends that you also eliminate alcohol and caffeine and consume as little sugar as possible. You may need to decrease these substances little by little so that you can get at “your truth” for energy levels. Cold turkey off of caffeine — well — you’ll be lying there with a headache that won’t quit — the same headache accompanies a sugar withdrawal.

After performing the experiment on energy levels and recording your results, you should spot the trends when you’re the most and the least productive. When you have your highest peaks, box out those times and add in the incremental tasks in that box. In these time slots, you’ll add in your most important tasks for the day. During your lulls, you’ll focus on less-important tasks. You can block out these times — and time box the tasks.

This strategy also allows you to figure out how long you can focus on a specific task before your mind begins to drift. Some people can remain focused for 50 to 60 minutes, while others have to take a break after half an hour. Knowing your own truth will help you create more efficient timeboxes.

A time audit is merely a journal that tracks how you spend your time each day — you may already be using one to identify your prime time. It also lets you know how much time you’re spending on unproductive activities like browsing social media. When I first did this experiment — I was checking media enough that I finally just found a pencil and started putting little marks on my desk to count them.

For instance, if you only blocked out an hour to write a blog post, and it took you two, your entire schedule can be pulled out of whack. Not only that, but know you’re at a crossroads. Do you stop writing and jump to something else? Personally, once I get in the zone, I want to finish writing since I may not be able to get back to the post by the right deadline.

Timeboxing only works when you have assigned the appropriate time to a particular activity, and you can only calculate that timeframe by tracking your time using a notebook or a tool like Calendar, Toggl or RescueTime.

Timeboxing isn’t just for your most important tasks and meetings (you can time block for many of those). Timeboxing works great when used during your break or lunch (15-minute walk, 15 minutes on the bike, 10 minutes to eat, 10-minute stretch). Any short break is a proven way to clear your head and refocus so that you have enough in the tank to make it through the day. Short breaks are even more critical in timeboxing — because you are working on “timed” pieces of work in your timeboxing.

Also, don’t forget to devote some time to those smaller and pesky tasks. These are those annoyances, like responding to an email or renewing a license, permit, or registration — duties for which you need to stay current. If you neglect these little chores, they’ll add up to one overwhelming swarm, but they don’t require an hour block of time. I set aside an hour every Friday afternoon to knock out these minor tasks; then they’re done.

5. Make the most of timers and apps

Apps, desktop timers, calendar reminders, and school kitchen timers keep you on track. You don’t want to get sucked into a project where you go over its permitted time allotment. You can set a timer to notify you if needed — but generally in timeboxing — you are keeping a closer eye on the time because incrementally, these are much smaller sets of time.

You can set a reminder, like a five-minute warning for longer timeframes. Having that warning allows you to wrap-up whatever you’re working on. It’s also handy in meetings as it ensures that you don’t go longer then what has been scheduled.

Sharing your calendar with others, whether it’s your team or family — your calendar lets them know when you’re available and when you’re not. By having this information readily visible — you won’t be interrupted when you are focused. As a consequence, it reduces distractions and makes scheduling a breeze.

Finally, set aside a time to reflect and access progress. A Friday afternoon or Sunday evening is the perfect time to see what you accomplished and what improvements you can make. You may notice that you don’t need an hour for a specific task and that 45-minutes would have sufficed. Finding out the accuracy of your calculations will help you create a more accurate schedule going forward.

You may also realize that specific techniques worked or didn’t work for you leading you to create your own timeboxing methods. For example, some people I know prefer to use a hybrid of to-do-lists and timeboxing. They like the visual part of lists, and they use the timebox to emphasize priorities. I use the timebox to par down the lists and move on. See what’s working for you — then make adjustments so that timeboxing works for you. 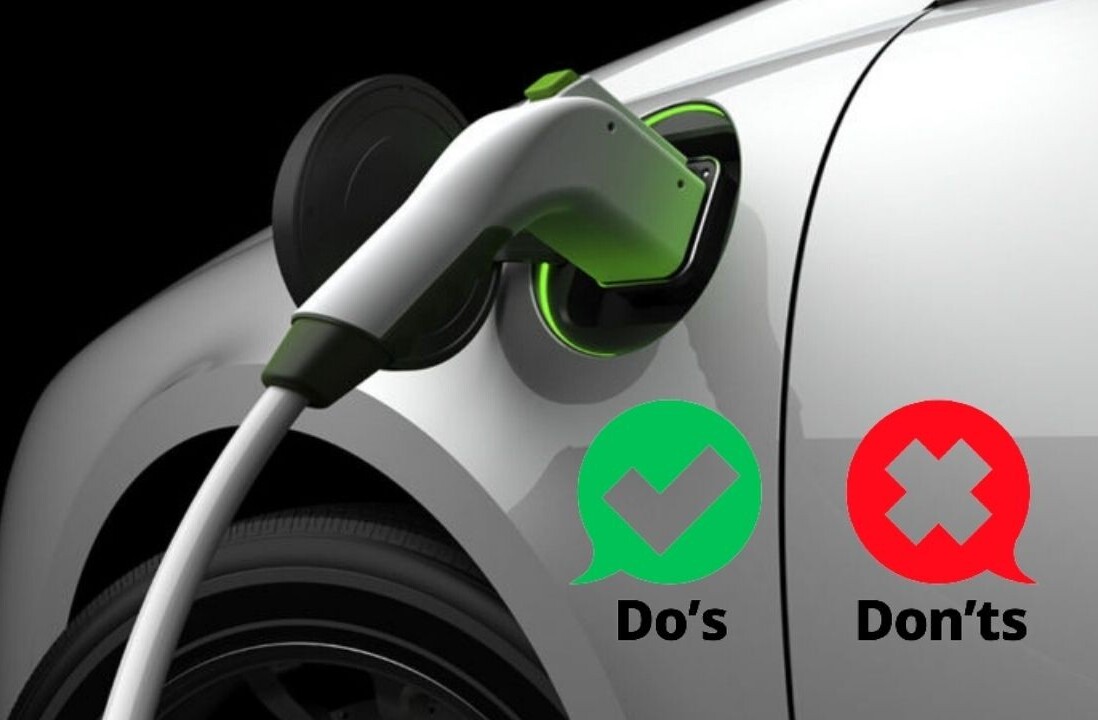