At the forefront of excellence and prestige in Boston, Mass’s booming business center is the non-profit, MassChallenge, which bills itself as “the world’s largest startup competition”. We first covered MassChallenge last month, drawing attention to the fact that it’s both an independent non-profit and does not take equity.

MassChallenge founder and CEO John Harthorne says the concept of MassChallenge was born in December 2008 when the world was in a deep, deep hole. While most were talking about the next Great Depression, Harthorne, a Senior Consultant at Bain & Co. had a Eureka! moment.

For spots in the current accelerator’s 2nd program, which started on June 27th, 2011 and runs through the end of September, MassChallenge chose 125 teams out of 733 applications. We recently wrote about 10 of the 125 startups here and today, MassChallenge has officially chosen the 26 finalists of its 125 incubated companies, which will compete for $1 million in prizes. You’ll notice we chose more than a few that made the official list.

Alkeus Pharmaceuticals, Inc. is a clinical stage biopharmaceutical company focused on ophthalmic conditions with limited treatment options. Its most advanced therapeutic program is based on new compounds that mainly target dry age-related macular degeneration (dry AMD) and Stargardt’s disease, the two leading causes of blindness in patients over 50 (AMD) and in teenagers (Stargardt). These compounds have shown significant promise by reducing the accumulation of toxic pigments in the eye which resulted in preserved vision in different mouse models.

Therapeutic Systems was found in 2008 by Brian Mullen PhD while he was a graduate student researching the design and efficacy of sensory based interventions. The company designs, develops, and produces anthropocentric medical devices for individuals with autism, ADHD, and anxiety based disorders. The company aims to improve quality of life and quality of care through deep-pressure based solutions designed to facilitate participation and increase independence. The use of Deep Pressure has been observed to relieve anxiety, reduce self-injurious behavior, and increase focus for some individuals on the autism spectrum.

Her Campus is the largest online magazine for college women with branches at 175+ colleges across the country. Her Campus supplements national content with local content covering style, health, love, life, and career, produced entirely by top student journalists. For anyone wanting to start their own online magazine, Her Campus is the perfect platform to check out. Her Campus also serves as a marketing platform connecting companies with college students across the country via integrated online and offline programs. Her Campus was founded by 3 female Harvard grads–Windsor Hanger, Stephanie Kaplan, Annie Wang each named to Inc. Magazine’s 30 Under 30 Coolest Young Entrepreneurs. They have about 17 employees total.

SocMetrics, Inc. was started by serial entrepreneurs Rebecca Xiong, Jason Toy, and Roy Rodenstein to help agencies and brands identify and engage topical influencers and turn them into advocates. Check out this list for customer use cases here.

Cocomama Foods is an all natural and gluten-free food company. Its first product line—Quinoa Cereal—launched in March 2011. “It’s like oatmeal (except with more protein and all nine essential amino acids). And it’s like new (except that it’s made with a 5,000 year-old ancient grain).” I am personally a huge proponent of quinoa. Go Cocomama.

Did you know that a woman’s shoe size can grow a full size larger during pregnancy? While I plan on walking around barefoot for 9 months, not all women are such hippies. Casa Couture, a New York City based retail team will launch its first “expandable” maternity shoe into the market with patented in-sole technology that expands and lengthens the shoe up to two full sizes without ever having to take them off. The company is initially targeting maternity, but will also target children’s retail in the future saving parents from having to replace their kid’s shoes every 2 to 3 months. Founder Claudia Espinola says the team’s passion and inspiration has always come from promoting the health, comfort and confidence of all women. For the past three years, Casa Couture has worked its shoe technology, and will unveil both a maternity shoe and a children’s shoe later this fall.

The Pintley Company is a social network for beer enthusiasts. The company focuses on the individual tastes of its users and bases its personalized beer recommendations on an intimate knowledge of over 19,000 beers and an analysis of more than 1,000,000 ratings and taste notes. Its recommendations help users find beers they’ll love based on their own personal preferences.

Watch this video below for more information:

Check out this custom backlit mosaic below and watch this video to see it in action.

Driveway is a smartphone application and service uniting better, more conscious drivers in a social community. Using Driveway’s “secret sauce” embedded into its mobile app, drivers will see how their driving style impacts fuel economy and auto-insurance rates. Download the Android app here, or sign up to be notified when iOS becomes available.

PK Clean is able to transform plastic into oil. And since plastic waste represents an untapped $13 billion annual oil market founder Priyanka Bakaya has his work cut out for him. PK Clean will slash our metal recycling customers waste fees from $50/ton to $10/ton, saving millions. Simultaneously, it will sell the renewable fuel to refineries. PK Clean has 100% ownership over its IP and already has a 20 ton/day pilot running. 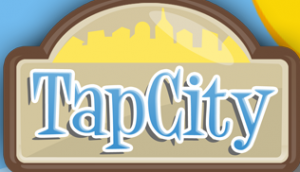 We first wrote about The Tap Lab‘s Tap City game, which turns your checkins into a real life turf war. Pulling in data on 15 million venues from Fourquare, Tap City is, as CEO Dave Bisceglia puts it, ” the first massively multiplayer building game that’s built on the real world. You’re building and defending a city that is based on the places that you go in real life.” The Tap Lab also just went through the TechStars’ Boston program.

Our Editor Brad McCarty writes, “The Tap Lab is the brain child of three students from Boston University. It started as an alpha project with 100 users, but the following explosion of interest told the guys that they needed to run with the product. They traveled to PAX East in order to find a graphic designer. They succeeded and, after a round of funding the team plans on bringing everyone into the same office to work together.” TapCity is available right now, for free, from the App Store on iOS.

ArtVenue is co-founded by Dan Vidal (formerly at BzzAgent), Casey Rankin and Jesse Rankin (both co-founders of daily-deal aggregator, DealGator). The company empowers local artists by connecting them with venues and art enthusiasts who will hopefully buy or showcase their work. “It’s similar to an online dating service,” explained Vidal in an interview with BostInnovation. “When art lovers at a show see a work they want, they can buy it instantly with their smart phone using the QR code or URL on its placard.” ArtVenue is also a member of the Dogpatch Labs community. Here’s a screenshot of what an artist’s sell page looks like:

We first covered Privy in our Best of Boston Startups list. Privy is a disruptive, simple and pretty way for businesses to create, launch and redeem deals and gift certificates right from their own site. The easy to use platform was created by Bostonian Ben Jabbawy after receiving complaints from merchants about existing players in the daily deals space. For example, merchants were peeved that sites like Groupon wouldn’t give them access to the subscription lists of the new customers the deals brought in.

EverTrue is leveraging the social web to help alumni associations and other non-profit organizations raise donations. We wrote about EverTrue this past June. In an interview with EverTrue CEO Brent Grinna, our TNW Editor Brad McCarty writes, “The EverTrue software is solving the issue by leveraging information from LinkedIn, Twitter, Facebook, Zillow and others. By entering a minimum of personal information, the software goes to work cross referencing the information, indexing it all into an overall score to show how viable a contact is as a charity contact.” EverTrue has just been chosen as a LinkedIn preferred API partner and was part of the TechStars Boston class this summer.

Resolute Marine Energy is developing technologies that produce clean energy from ocean waves. Since its founding in 2007, it has received research and development funding from the U.S. Department of Energy and the U.S. Department of Interior Minerals Management Service to build and test several wave energy converter (WEC) prototypes. The company’s initial goal is to build and sell smaller-scale, wave-driven power solutions (1-10kW) utilized in commercial applications including open-ocean aquaculture, seawater desalination and ocean observation systems.