Apple has been a runaway train since its release of the iPod. People from 10-70 years old are carrying some sort of Apple device in their pockets these days.

Remember when you got your first iPhone? Taking the first generation iPhone of your pocket was magical for some, people would come up to you and ask to touch it. It’s true. Apple has stood for something magical for a long time. Steve Jobs was a big part of that, but its simplistic design and ability to lead the customer with a deep pass has kept the company in the game.

The iPhone 4S is an unfortunate release for the company. Unfortunate not because the device isn’t great, but unfortunate that the passing of its leader and headaches around patents have stalled out the excitement that comes along with its telephony-changing device. The phone has a great camera, a great new voice feature in Siri, yet people aren’t as excited as they used to be.

The reason why the “excitement” doesn’t seem to be what it used to is that the device is now accessible to most Americans. With Sprint and Verizon now carrying the device, it’s no longer a parlor trick to slide and unlock your phone in public. We’re waiting for the “one more thing”, as Apple has trained us to do.

How can Apple remain magical? These three markets will keep the company in the driver’s seat for a long time to come.

Mobile is the hub 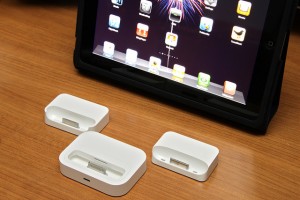 Microsoft focused on the home. Bill Gates and company told us that the home was the core of computing, data sharing, and entertainment. This is no longer true, and Apple is in a position to take hold of the idea that one device can control an entire household and lifestyle.

Steve Jobs realized very early on that a happy life isn’t one chained to a computer. A happy life with technology doesn’t rely on a large hard drive attached to a network of devices in your living room.

Mobile is the future, plain and simple. If you aren’t doing it already, all of the important data you collect doesn’t happen in your home. The things you see, touch, and hear all happen while you’re outside of your home. Your friends at work tell you about a new show or ask you if you saw that big pass in the football game the night before.

Your mobile device is your hub. You enter information in, and sit back and watch once you get home. That’s not to say that a TV shouldn’t be the focus for Apple, but it’s not what controls your life.

The iPhone 5 will have to be the most powerful device you’ve ever held in your hand.

It’s time for Apple to get serious about gaming at home. The iPod Touch, iPhone, and iPad are great gaming devices. But the games you see on the app store are for small appetites and passing moments. Immersive gaming experiences don’t exist on iOS as of yet. What is Apple waiting for?

Playing a game on the train, and then picking it up on my TV is an experience that is needed. Microsoft has done one thing well in the past five years, and it came from the Xbox team. The Xbox platform has grown by leaps and bounds, letting you do more and more in the home. But once I leave my house, I have to think about coming home and playing Xbox. Why should I have to wait?

How can Apple nail gaming? Perhaps it’s that TV we heard that Mr. Jobs “cracked”. Perhaps it’s upping the ante on the existing Apple TV and letting us use apps. 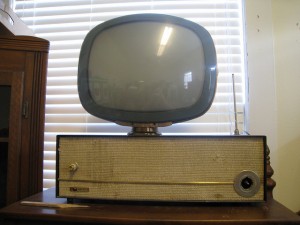 Mobile to home information transfer and gaming needs one more thing. A connected television with the horse power to run the best software in the world. Remember, Apple started out as a hardware company and has morphed into a company nearly perfecting both hardware and software. Microsoft started out as a software company and has embraced hardware with its phones and gaming device. The two companies have gotten to the same point in two very different paths.

What is usually the centerpiece of your living room other than pictures of your family? The television. Big ones, with features. Apple can and will get into the television game. But when? The company has beautiful monitors, so it knows how to create displays. It has a beautiful OS that can sit on any device. Going from mobile to home is the future.

The Apple TV will let you pick up where you left off. While you’re at work, on your mobile device, and on the way home, your Apple TV will be sitting there connected to the internet. The television will watch what you do, read what you read, and think what you think. It’s just a pretty monitor, after all.

You will no longer have to rely on Netflix to suggest movies for you. Your world around you, and the actions you take within that world will tell your entertainment device what you want to watch.

A mobile Apple device will be your remote to the world. Guaranteed.

Mobile is the difference, though. The TV has to compliment what you do when you’re not watching it. Microsoft wanted the TV to run your life, while Apple should build the TV to make your life better.

Can Apple stay magical? Of course it can, because it’s one of the few companies that ever became magical in the first place.