Recently, Benchmark Capital and Sequoia Capital advised startups to tighten their belts for the crunch times ahead. There’s no safe haven for startups.  Except, to a degree, for those which already generate revenue and profit.

Companies that have already raised money need to monitor every penny spent from now on.  Those trying to raise money will have a hard time finding investors if they don’t have a real business plan.  It seems that the idea of “we’ll figure out later how to make money, first let’s concentrate on acquiring users” is dying.

One company which is trying to navigate in today’s troublesome waters is Seesmic.

Loic Le Meur, the founder and CEO of the company, just announced on his blog that it will let go seven employees (about one third of Seesmic workforce). That’s on top of another three employees who were let go already a few weeks ago.  Not good news, but at least he was open and said it straight… It is very open with the press too – he was very fast in responding to some of my questions as well.

Seesmic raised about $12 million dollars so far.  The last $6 million round raised a few months ago came from Wellington Partners and Omidyar Network.  Seesmic acquired the Adobe AIR desktop client Twhirl which allows users to access the Twitter service directly from their desktop, and also cross post to other services (Pownce, Jaiku being one of them).

Hopefully, they will have enough money to get out on the other side of the tunnel.
Good luck, Seesmic!

Now, I suppose we will hear more news about these kind of lay-off’s from other startups.

Jason Calacanis warn us that 50%-80% of the venture-backed companies will not make it or be on life support in the next 18 months.

But venture capitalist William Quigley (Clearstone Venture Partners) has a more cold-blooded assesment of the situation (via Venturebeat).

Five years after the dot com crash, investors came to realize that in fact Internet and telco centric business models (think Google, RIMM) were among the most profitable businesses of our era. This lesson is now well known. What does that mean? I believe this time around the entire tech sector will not be abandoned. If anything, there will be more conviction around the best businesses and business ideas.

This very same phenomenon is happening now in the banking sector. In the middle of the panic phase of the financial crisis, investors speak highly of BofA, JP Morgan, and US Bankcorp. 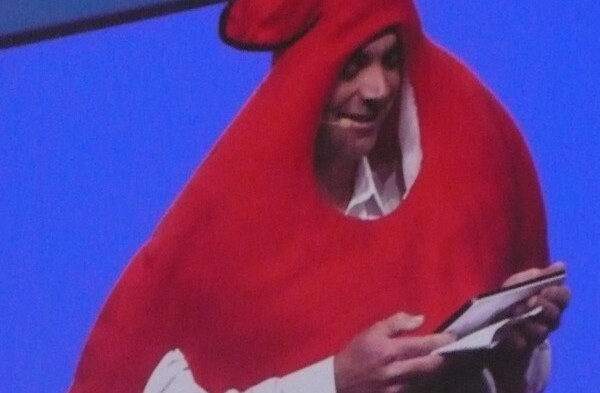