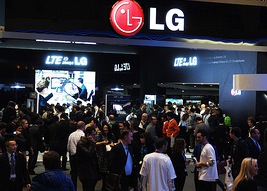 UPDATE: An LG spokesperson has told TNW that, contrary to the Korea Herald’s report, it has not issued any such statement on its plans for Chrome OS devices. Our original report is below.

Rumors surfaced over the weekend that LG looks set to release its first Chrome OS devices, going by trademarks filed for “ChromeOne,” “ChromeDesk” and “ChromeStation.”

The Korea Herald reports today that an LG spokesman in Seoul has confirmed that research and development is currently under way for Chrome OS products, though the types of devices will only be finalized after considering the demands of the market. The LG spokesman tells the newspaper that “all possibilities are wide open regarding whether LG will develop smartphones, phablets or PCs.”

The Korean smartphone manufacturer is expected to release the next smartphone in Google’s Nexus program soon, or what is termed the Nexus 5. Developing products that run Chrome OS will further LG’s collaboration with Google, and will also see it join rival Samsung in releasing Chrome-based devices in global markets.