Letterboxd, for lack of better way to explain, is IMDB, but actually good. Built in Auckland, New Zealand, the company’s website is a social network for movies that lets you track which films you’ve seen, the ones you want to see and what your friends are watching.

I’ve been using Letterboxd for a long time and am a huge fan of the service, but it hadn’t made the jump across to mobile – until today. The company’s first iOS app is out right now and it brings the service to mobile in a beautiful way. 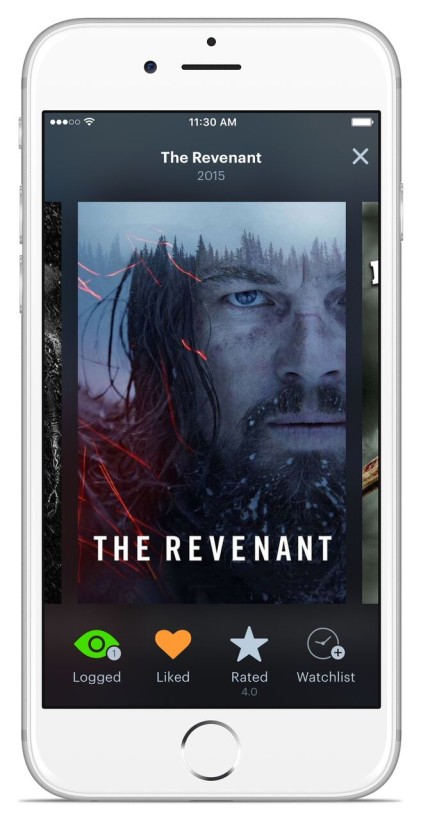 It’s just like the desktop version, starting with a feed of popular movies this week, what your friends are watching and a feed of your friends’ reviews. You’re able to quickly log a movie you’ve seen, or jump right into the deep end and search for something.

If you’re hunting for something to watch, there’s a lovely full-screen feed of movies to flick through once you hit ‘most popular’ or jump into another list. As you’re swiping through you can quickly add a flick to your watchlist, rate it, like it or mark it as seen.

Overall, Letterboxd in general feels like what IMDB should have evolved into, but never did.

As that service has largely stayed the same, Letterboxd has fostered a community that actively discusses and shares what movies they’re watching as well as passionately reviewing them, with far less trolling than other services.

Letterboxd for iOS is available for free right now from iTunes.