This article was published on October 7, 2012

At the company I used to work for, it sometimes took a while before e-mails from outside the company reached me. I don’t know what was going on, but we used to joke that it was the NSFW officer, reading every e-mail before sending it through to the person it was meant for. Of course there were delays!

Opening NSFW content would have probably got me into trouble there — although more for “not working” than for looking at the content. Now I have my own business it’s just up to me and I never even think about NSFW warnings.

My guess would have been that in most technology companies NSFW is not a big deal. Work and private life is more mixed than it used to be and employees are free to browse the web and social networks during work time. If they happen to stumble upon some nudity now and then, that’s okay — within boundaries of course.

But when I started asking for comments for this NSFW article, I got little response. Although it is not a big deal, people don’t necessarily want to be connected to the subject. Or maybe there is just not much to say about it? Also, many people work from home, so NSFW just doesn’t apply to them.

What is safe and what is considered not safe for work nowadays? Are the boundaries changing? And what is the influence of technology on these boundaries?

We’ve found the experts that are not afraid to touch the subject: Courtney Boyd Myers, Director of Audience Development for General Assembly and contributing writer to The Next Web, Alexander Bard, cyberphilosopher and co-author of “The Futurica Trilogy” and Ancilla Tilia, international fetish model. 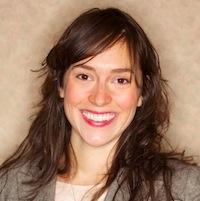 What is safe and what is not safe for work depends on where you work. While it’s probably OK to watch a nude slideshow or stream of culturally inappropriate GIFs at BuzzFeed, you might get into serious trouble for opening up such media on your computer at Citibank.

However, most companies that find this kind of content offensive likely block Gmail and all forms of social media anyway. Today, any company that uses social media as a form of monetization is likely to have pretty lax standards when it comes to what’s safe and what’s not safe for work. This is primarily because those of us who’ve grown up with social media know you can’t completely control the stream of incoming content. You can choose to follow people who post about politics rather than porn, but every once in a while, you’re bound to get a fart joke.

That having been said, it’s very rare that I receive an email titled “NSFW”. I can’t remember the last time someone shared a NSFW link on Twitter and I know it’s never happened to me on Facebook. I think people are more careful about what they share these days. Maybe it’s because I’m getting older. Maybe it’s because people are finally realizing the permanence of their digital footprints. The only time I ever see gratuitous nudity is on Tumblr. It’s one of the most salacious social networks out there. Unless you consider ChatRoulette a social network…

So, what is considered NSFW at TNW? We’re a friendly, PG-13 bunch so most jokes shared between us involve Star Wars, rage faces and animals in yoga poses. While TNWers are fairly lax when it comes to nudity, anyone with a drop of decency in our virtual office will stay away from crude jokes having to do with racism, religion or coprophilia. 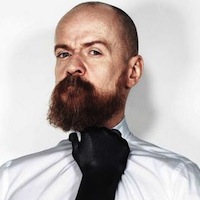 Cyberphilosopher, speaker, and co-author of “The Futurica Trilogy” with Jan Söderqvist

NSFW is a non-problem. Employers are just worried about people not working during working hours. Other than that, why would they care about pornography?

Most organizations are less concerned with information leaking in, which is what happens if employees receive an article that is NSFW. They’re more concerned about information leaking out. In a society with an exponential growth of available information, and with constantly lower barriers of entry — both economically, technologically, socially — to the information in question, the rules for the valuation of information change dramatically. Bard & Söderqvist explore this explosive issue already in the The Netocrats, the first of three parts in The Futurica Trilogy, where we introduce the new concept of “imploitation” (as opposed to “exploitation”) to be able to understand this brand new type of value chain.

Value is no longer in the production of information but almost entirely located within the withholding of information. So all actors, from individual citizens via large corporations to governments need to develop their own systems to keep information closed in, where then this new imploitative value can be created, maintained, and even developed.

The trick is to understand that in the internet society, all information will eventually leak. The question is for how long can you keep it closed in as to extract its value while keeping others from exploiting the information instead of you. And this activity is what imploitation is. The obvious example of a first massive imploitational phenomenon is of course the modern hedge fund. A second one is the Google search algorithm.

So is work safe? Of course not. But that is beside the point, almost a truism. The really interesting question is: How much value can you create out of the information you currently possess exclusively? And can you prolong that period of information exclusivity? Everything is about this now! 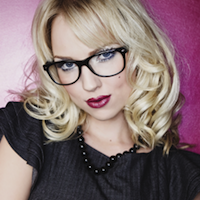 Not Safe For Work is a funny concept when your job actually consists of dealing with stuff that fits the description.

Like the other day, when I sent an email to my lawyer with some links in it that can certainly be labeled NSFW. Then again, it was his job to check those links as a violation of my copyrighted pictures so I deemed it a bit superfluous to add the warning.

I work in ‘erotica’. Kind of hate the word. While it used to indicate leaving much up to the imagination, it is now often abused attempting to sell explicit work to a broader audience. I could just tell you that I’m a nude model. Then again so were Venus de Milo and, though admittedly against her wishes, Scarlett Johansson with her leaked private collection of phone camera pictures. Though I don’t mind some occasional ‘ScarlettJohanssoning’ (yes, that’s a word. Know your memes!), it doesn’t quite cover what I do either.

Usually I introduce myself as a fetish model. Unfortunately, thanks to porn sites now offering even bestiality gang bangs under the title ‘fetish’, people’s expectations of what it is I do are diversifying upon hearing that particular description. I don’t even have a dog! The modeling I do is for latex designers, corset makers and high-heel vendors. Sexy clothing. Nude is not very sexy to me. Maybe that has something to do with my somewhat crusty upbringing of going to nude beaches (which I can assure you are far from sexy) and hugging equally naked-born trees. So although I have no shame about posing in my birthday suit from time to time, my business is clothing. Still, I do not call myself a fashion model in the vein of Kate Moss or our own Dutch pride Doutzen Kroes.

I started my professional modeling career posing for Playboy at age 18. I was quickly approached by all kinds of ‘casting agencies’ who told me if I would just lose an arm and a leg, I’d have a great future on the catwalks of Paris. But I was feeling happy and healthy in my body. I took a long hard look at my entire 173 cm in the mirror and decided that would be like trying to turn apples into oranges. Or in this particular case, a pear into a carrot!

Even though they insisted I had to be ‘thin to win’, I slowly came to realize there was a market for me without having to succumb to the agencies’ wishes. I had already built up a modest audience through social media, sharing my interests in specialized clothing from rubber vacuum beds to fully-fashioned stockings. Who were these lurkers following my work? Well, in many ways they were just like me, as I was also spending my money on the magazines to admire the pretty girls in appealing outfits.

And so I started my own website in 2004. Quite the adventure, but the perfect way to directly share my passion for fetish with my fans. Having my own platform also allowed me to directly contact photographers I admired and companies I wanted to work with. And vice versa! I knew that the world, and anyone with an interest in me as a model, was only a trackpad-click away.

And that’s not where the multiple interpretations end. Artistic expressions that in history have been referred to as ‘Great Arts’, such as the famous Da Vinci drawing or the earlier mentioned Venus sculpture, are now banned altogether from Facebook and the likes. God forbid the possibility we might start to accept nudity as a ‘natural’ part of life without the intention of arousal! Banned are topless pictures of a day at the beach with mom and dad and gay men kissing, lumped in with footage of bestiality gang bangs (the latter I believe is illegal in most countries, so no complaints there).

As social media are setting strict boundaries to nudity in order to satisfy their prudish advertisers, things that used to be part of everyday life are suddenly labeled with the generalizing warning ‘NSFW!’. It’s deemed undesirable for your employer or colleagues to see that you are looking at this particular image. But doesn’t it seem logical that — when at work — what your employer is really concerned about is having you focusing on, like, actual work instead of browsing the web? Maybe what they really mean is ‘not safe for wives’…

The opposite is also not unimaginable; last week there was a news report on a woman who proudly collaborated in an instructional video for new breastfeeding moms, and consequentially found the video on all sorts of ‘specialized erotica’ corners of the interwebs (and before you know it, Google’s autocomplete blocked your baby’s name for being ‘NSFW’ before his life has even seriously started).

But in general I do believe modern technology has helped women, especially in erotica; where in the earlier days of video, high-budget productions were the standard in the erotica-world, now any girl with a remote control on her camera and a domain name (I mean, Tumblr page) can be a ‘producer’. No longer having to rely on dubious agencies pushing them to do what they think the ‘customer’ wants to see, but deciding for themselves what activities they do or don’t want to engage in — literally creating a ‘Safer For Work’ environment.

They are now no longer just the product, but many of them are seizing the opportunity and becoming entrepreneurs. I know in my case my fans dig the fact that I am my own boss and that I am just as passionate about the clothes I wear as they are. A good deal for the audience; no longer awaiting what magazines are willing to provide them with, but supporting what they’d like to see more of, which have not always been the most obvious types. Perfect looks are becoming less important, as there is more room for different personas, and personal contact with your following is increasingly valued.

And as for myself? One can only guess what I’d be doing now if I would have had to rely on an agency to ‘market’ me. But my guess is that whatever it is, it wouldn’t have involved writing a piece for TNW!