The stock market is riddled with animal metaphors. Bearish traders tend to have a cautious approach, while bulls are much more aggressive. Ostrich traders — you guessed it — have a habit of ignoring negative signals.

Surprisingly enough, the raccoon, which is the one species that would absolutely flourish in Wall Street, did not make the cut. And that’s a shame because this tiny little trash panda can teach you are a thing or two about the stock market. Four things, actually. Here they are:

Racoon lesson one: Be highly adaptable

If there’s one thing raccoons are known for, it’s their incredible ability to adapt to change. Biologist and psychologist Suzanne MacDonald studied the behavior of urban raccoons in Toronto by tracking them with a GPS-device. She found raccoons circumvent busy roads and intersections to avoid getting hit by cars; their only real enemy in the city.

When it comes to finding food, they’re just as resourceful. Raccoons don’t have opposable thumbs, but they will find ways to peel off Tupperware lids and open tent zippers.

Not unlike urban environments, stock markets are constantly changing. Successful traders are able to recognize trends and change their strategies when the time is right — but do not jump ship when the first signs of trouble occur.

Where raccoons have learned to avoid certain recurring threats over time without losing their curiosity for new sources of food, smart traders recognize a profitable opportunity when they see one, but are also capable to learn from past mistakes.

Raccoon lesson two: Don’t put all your eggs in one basket

Raccoons are omnivores and will eat just about anything. Trash. Living animals. Dead animals. As opportunistic eaters, they take whatever they can get and as a result, raccoons are one of the most flourishing species living among humans.

Now, apply this to trading. Investing a large sum in just one or a few stocks or commodities might be profitable in the short term but is not a sustainable investment strategy. Successful traders know that in a highly volatile market, they need to diversify their portfolios to spread the risk of losing money.

Diversification as an investment strategy is as old as time, yet did suffer some criticism over the past decade. During the 2008 meltdown, investors saw virtually all of their assets plummet — and wondered if they may have followed the wrong investment strategy all along.

According to Michael O’Keeffe, chief investment officer for Merrill Lynch Wealth Management, the problem wasn’t that these investors had diversified portfolios, but that their portfolios were not diverse enough. A typical investor today, he says, “should start with a globally diversified portfolio of stocks and bonds plus a modest allocation to cash, and then consider adding real assets such as real estate, commodities, and Treasury Inflation-Protected Securities (or TIPS).” That’s a lot of eggs in many baskets.

Raccoon lesson three: Taking risks is okay if you know what you’re doing

Last June, the internet was captivated for 24 straight hours by the fate of one ballsy raccoon in St. Paul, Minnesota. The #MPRraccoon, as it became known on Twitter, got stranded on the first-floor ledge of a downtown office building. Instead of coming down, it decided to climb further up. Not just a few extra floors, but all 25 stories of the skyscraper — under the eye of thousands of terrified witnesses.

What traders can learn from this is best summarized by a quote from Warren Buffet: “Risk comes from not knowing what you’re doing.” To the audience, the suspense of this raccoon’s 24-hour plight was almost unbearable. The raccoon, on the other, hand, couldn’t care less. He even took a nap on a ledge on the 20th floor before continuing his climb up. Because, well, he knew what he was doing.

“High-risk” investments become way less risky if you know the company and stocks you’re investing in. Every day, Buffet spends hours reading just so he can make better-informed decisions. Successful investors do their homework and are constantly learning and gaining new insights.

“Never invest in a company you cannot understand,” is another quote by Buffet that works in this context. Buffet only invests in a new company if he’s able to understand, within ten minutes, how it will make money and which main factors are driving its industry. If he can’t, he moves on to another stock.

There’s an ancient test — inspired by Greek fable “The Crow and the Pitcher” — to measure intelligence in birds. More specifically, their ability to understand cause and effect. The fable mentions a crow that wants to drink from a pitcher of water, but can’t because the water level is too low.

The smart bird then drops some heavy rocks in the pitcher to push the water level up; problem solved. This experiment has been done with multiple species, and crows are actually really good at this.

Last year, a similar test was executed with raccoons. In this case, marshmallows were dropped in a tube of water. Some raccoons “got” the experiment and used the stones. A few didn’t. And then there was one raccoon that completely circumvented the whole process by climbing on the tube and rocking it until it tipped over. Something the researchers had never thought could happen.

Back to trading. As discussed, your trading strategy should be adaptable (but not change with every single hiccup), well-informed, and diversified. For traders with little experience, this particular strategy might be a good way to gain some experience. For those who have been around longer and have a better understanding of the market, “breakout trading” could be interesting to try.

Breakouts happen when an asset’s price that has been fluctuating within a certain margin for a while, “breaks out” of that margin and rapidly increases to an unprecedented price. Basically, what happened to Bitcoin in 2017 — when its price broke through the resistance levels and quickly rose to extreme heights.

Again, betting on breakouts means analyzing patterns over time and following them closely, so might not be the best fit for newbie traders.

An alternative would be to mirror the breakout strategy of someone who does have that experience. With eToro, you can do just that. Its CopyTrader lets you automatically copy the exact trades that other traders make.

This means that fundamental analysis, breaking news, and insider knowledge, are all factored into the trades even if they are happening automatically. Better yet, the social nature of the platform allows you to discuss strategies with other traders so you can increase your own knowledge base.

And that brings us back to raccoons one last time. Because while raccoons are considered solitary species, they can also be quite social. Helpful, even:

So let that be an inspiration for your trading game. Sharing is caring. And there’s no shame in needing some help or advice every now and then.

This post is brought to you by eToro. This content is for educational purposes only and is not investment advice. Your capital is at risk. 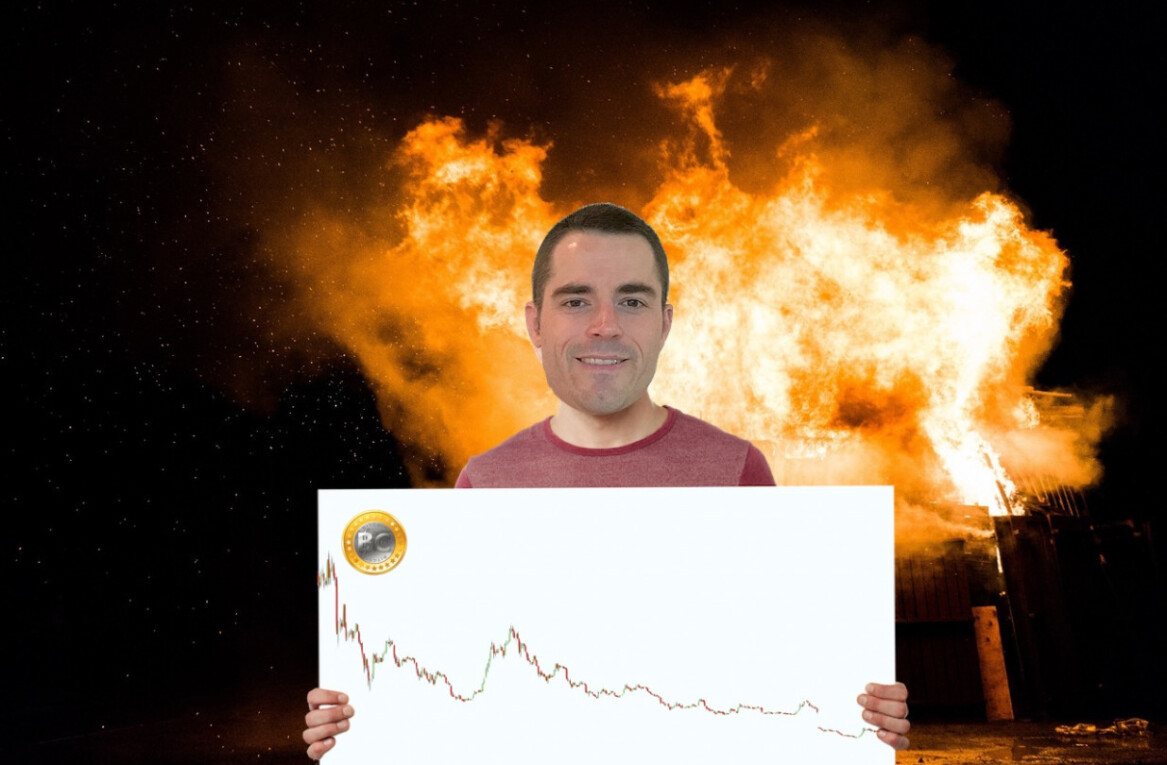 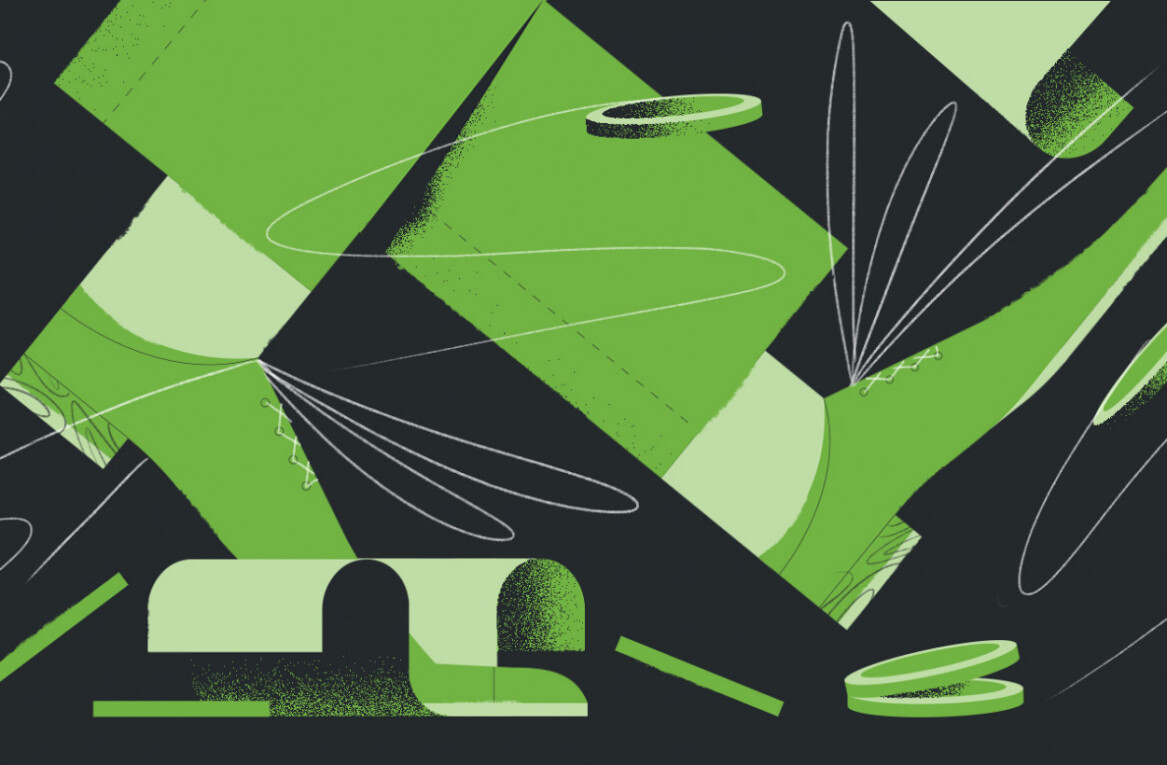