The Internet is a crucial communications tool in modern crises and that applies equally to China, despite the fact that the platforms at play are entirely different to those that dominate the Web across the rest of the world.

While Twitter has been banned in China since 2009, Sina Weibo, the country’s equivalent to the microblogging giant, has progressed into one of the world’s largest social networks in its own right, netting more than 300 million registered users.

The recent flooding in Beijing caused chaos, claiming 77 lives so far, but the havoc once again demonstrated the influence and importance of Sina Weibo in the country.

The service has come to the fore during the crisis, providing information when details are scarce and a acting as a platform to keep citizens connected with one another.

Its influence even saw emergency services and other organizations jump aboard to help those affected, as Beijing authorities faced criticism for failing to use SMS alerts and other methods to effectively communicate key issues.

Top story: Today, Microsoft opened its new Azure Accelerator in Bangalore, India – and we were there

Microsoft last week officially opened its new Azure Accelerator in India, where it will incubate the first batch of 11 startups for a four month period, providing mentoring, know-how and other assistance to help them flourish.

The program received more than 200 applications, but two prominent trends from India’s technology space were key to the company’s decision to select its first startups, as Abhimanyu Ghoshal — reporting for TNW — explains.

[Microsoft said that] There are a couple of key trends in evolving technology businesses in India – the first being that there is a shift in focus from offering bouquets of services to becoming agile product-based development teams. The second is that tech entrepreneurs in the country are looking beyond India and targeting global markets with their products and services.

Full details of each of the firms, the program mentors and more can be found in the original story above. 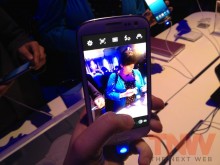 Samsung predicted that it would reach 10 million Galaxy S III sales in July and, true to its word, the Korean firm last week revealed that sales of its flagship Android device had topped the figure.

The Galaxy S III is Samsung’s latest product and its impressive sales, which appear to be delivering on the considerable pre-launch hype, have helped propel Samsung to record quarterly profits of $5.7 billion and a best-ever 26 percent share of the global mobile market.

Last week saw Chinese search giant Baidu confirm its next step to expand its business across Southeast Asia with the official opening of its Singapore-based language research center.

First announced in Feburary, the facility will be used to develop natural search technologies, and a series of other initiatives, which are designed to help localize Baidu products in countries across the region.

The firm already has a small presence — with Hao123 in Thailand and Vietnam, where it is now accompanied by its Tieba forum — and it is likely that it will introduce other, more prominent services in the region, over time.

Vietnamese and Thai are the first two languages in focus but the research center will also cover Arabic and Portuguese, helping build on Baidu’s growing presence in the Middle East, and support Hao123 in Brazil – the launch of which was confirmed last week.

Story: Insync for Gmail: A super simple way to store your email attachments in Dropbox and Google Drive

Last week, Insync, a cloud storage provider with offices in Singapore and the Philippines, debuted its new product for Gmail.

Insync for Gmail allow users to store and back-up files within attachments to Dropbox and Google Drive in a really simple and straightforward way. Anyone that spends considerable time working in Gmail or Google-hosted email, will be interested.