Welcome to the latest instalment of Last Week in Asia, our round-up that gives you the clear picture of key stories and developments from Asia’s growing technology and Internet spaces.

The must-read of the week comes from Chinese artist and vocal opponent of the government Ai Weiwei, who critiqued the country’s approach to the Internet, claiming that, ultimately, the Web will bring freedom in spite of censorship efforts

Ai touches on a number of important topics in the opinion article, which you can read in full on the Guardian website.

On the subject of censorship, a new citizen reporting platform from Chinese microblog giant Sina was launched and pulled within hours last week, raising suspicion of state involvement.

It is unknown exactly why the service, which would allow Chinese Internet users to submit and read ‘crowdsourced’ news from across the country, went down but government intervention seems likely. High profile news stories reporting the launch were also pulled, suggesting that the site fell victim to the state’s continued focus on restricting anonymous content online.

China’s group buying industry saw two significant pieces of news last week, beginning with the rumor that Groupon’s joint venture in the country will be merged.

As Technode explains, Gaopeng is reportedly lined up to merge with FTuan, a service which includes Groupon partner Tencent among its investors. Neither company has confirmed the speculation, which is widely reported across Chinese media.

One deal that was confirmed is Rakuten’s decision to depart China’s group buying market, as the Wall Street Journal reports. While a period of consolation is predicted for the congested space, there are still thousands of active services in the country, providing stiff competition to all group buying services.

Rakuten cited this challenge as the key reason for its decision to leave its Lekutian service, which it runs with Chinese search giant Baidu.

On to the ever-evolving topic of Apple in China. Having already commissioned an investigation of working conditions, the company is set to begun pollution audits of its supply chain in China from next month, according to the local environmental agency that the Cupertino firm will work with.

Apple is still making changes on the labor side of things and, to that point, it hit 95 percent compliance in Asia, where workers are said to be now averaging an improved 48 hour working week.

4G services may be a few years away in China, but that hasn’t stopped China Mobile launching its LTE network over the border in Hong Kong, as Reuters reports.

Don’t expect too much though, China Mobile remains a minor player in Hong Kong, despite having a colossal 660 million plus subscribers in China.

India saw a couple of significant pieces of handset news, at different ends of the scale.

At the lower end, RIM selected the country as the first market for its new BlackBerry Curve 9220 device, a $215 ‘affordable’ smartphone that will ship across Asia and emerging markets.

The new device does not dazzle with its modest specs — it does not support 3G, for example — but the sheer affordability of it will provide stiffer competition with lower-end device markets. The phone could perform well and leverage BlackBerry’s services (such as its IM service BBM) and the company’s reputation, which remains positive and popular in Asia.

Intel revealed that its first ‘Intel Inside’ Medfield device will come to India tomorrow, April 23, when Lava International will launch the XOLO X900, as ZDNet reports. The firm had been expected to unveil a Lenovo device in China first, but this development demonstrates the potential of India’s growing market.

Facebook, Google and other Web firms could soon be told to set up dedicated servers in India, according to speculation.

The government has spent the past six months trying to get services like Facebook to regulate content more quickly and efficiently in India, to remove existing ‘unsuitable’ content and better manage postings in the future.

Twitter CEO Dick Costolo was in Japan last week, where he pledged to grow the microblogging service’s already strong presence by “aggressively” increasing its sales activity. 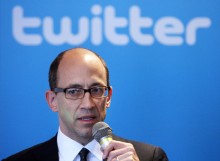 Japan became the third market worldwide, and first in Asia, to get Twitter’s brand page advertising platform, and now Costolo wants the service to grow its revenue in the country, where it has become the first overseas service to break into the mainstream.

Another already successful Japanese service, mobile messaging app Line, was shown to have continued its impressive growth, after announcing that it has reached 30 million downloads this week.

That growth is larger than Instagram (which is fast becoming the unit with which to measure app usage and acquisition deals), and the firm has capitalised on it by launching two new apps this month, both of which have seen more than one million downloads already.

In a bid to resolve their ongoing, global legal dispute, Apple chief Tim Cook will meet with Samung CEO Gee-Sung Choi to iron out their differences.

The meeting, which has been called for by the judge presiding over two lawsuits in California, will happen in the next 90 days in a bid to reach a settlement.

Internet censorship and freedom of speech issues rose their ugly heads in Vietnam, where two bloggers have been detained on charges of publishing ‘propaganda’ against the state. Added to that, concerns have been raised of draft regulation that could force Web firms to censor content on the say-so of the government.

Rocket Internet is often lambasted for being little more than a copycat, but though that tag fits in Asia — where the company is now focusing its business — the Samwer’s controversial firm may be a positive addition to the region.

That’s the view of TNW contributor Rama Mamuaya — founder of Indonesian tech blog Daily Social — and he gave us his thoughts this week. Do you agree?

Somewhat late to the party, Singapore Prime Minister Lee Hsien Loong has joined Twitter and Facebook, as Tech In Asia reports. The PM has jumped on the bandwagon more than a year after the country’s latest election, which was the first to be affected by social media.

Friday saw Apple introduce its third-generation iPad to more countries in Asia, which notably included Korea, the home to its chief rival Samsung. 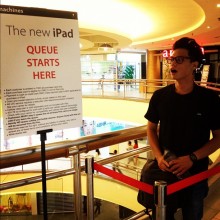 Apple fans in Korea, Malaysia and Brunei were the first of the second wave of markets to get the tablet and many queued out overnight, and in rainy conditions, to have the device in their hands on launch day.

Thailand is the only Asia representative among the list of countries that will get the Retina screen equipped iPad next week, on its April 27 launch, but there’s still no date for its release in Indonesia and China.

Finally, to wrap up the pan-Asia news. Google expanded SMS functionality on Google+ to allow those with limited computer and Internet access to make use of the social network.

The service was first activated in the US and India, but has now been expanded to cover 41 countries which, in Asia, includes: Indonesia, Malaysia, Pakistan, Philippines, Sri Lanka, Thailand and Vietnam.

Finally: Weird news of the week

Sri Lanka was the scene for one of the weirdest stories we’ve heard for a while after a chicken literally gave birth to a chick without an egg.

Here’s what PR Yapa, a local vet who visited the chicken later, had to say

We’re not done there with weird Asian news just yet.

These days Web design is in overdrive and companies can pay thousands of dollars (or more) to build a website that properly represents them on the worldwide Web.

Not North Korea though. The communist country’s own site was revealed to have cost just $15, and, as an article from Wired points out, that’s a fact that is out on the Web for all to find:

Take a look at the source code. A keyword search for “envatowebdesign” will turn up a prompt comment from the site’s theme seller telling the person who bought it how to customize. Only whomever built the thing for Pyongyang didn’t bother. It’s a bit like leaving the plastic overlay on your fancy new TV telling you about the screen size. A quick check on the source code of the IgniteThemes “Blender” template confirms that it’s what North Korea built. Price check? $15.

And to think that the country tried unsuccessfully to launch a missile last week.